Audiobook Release Day + Giveaway – THE SHARK AND I by Cara Lockwood

Today is release day for THE SHARK AND I, an audio-first adult contemporary romance, by USA Today bestselling author, Cara Lockwood. See below for information on the book, buy links, an exclusive excerpt, and details on her giveaway. 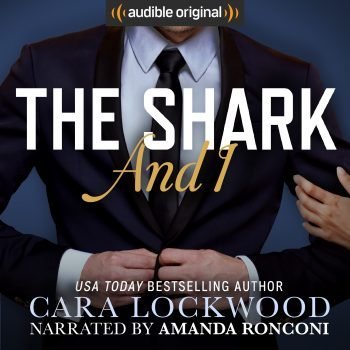 THE SHARK AND I by Cara Lockwood

Synopsis
They tell you there are plenty of fish in the sea, but nobody mentions the sharks. Plunge into this hot, hilarious audio-first romance by USA Today bestselling author Cara Lockwood!

Getting back into the dating scene is never easy, but imagine my surprise when I sign up for a dating app and get matched with my new business rival.

Rich, mysterious and gorgeous, Peter is controlling my company’s high-stakes merger. Everyone says he’s a cutthroat corporate shark who takes no prisoners and guts companies with ruthless precision. But the more I get to know that man behind the expensive suit, the more I see hidden depths that no one else knows about.

Peter and I can’t deny our attraction. But are his feelings real, or does he just want inside information about the merger?  And when another boardroom power-player makes his interest known, I start to wonder…am I falling for the wrong shark?

One thing is clear: in the world of dating, nothing is simple…but risking it all just might lead to the life of your dreams.

Get Your Copy Today!

Excerpt
“I’m going to kiss you now,” Peter said, in a tone that told me in no uncertain terms he was a man used to declaring what he wanted and going for it.

“I…. don’t normally kiss on the first date,” suddenly feeling my stomach burst into a quivering flower of nerves. First kisses could go so very wrong. Teeth bashing, misplaced lips, awkward tongue collisions. And, I really, really didn’t want this first kiss to be awkward. I wanted it to be… more. Then, there was the other reason I wasn’t so sure I wanted to kiss him right then, namely because I didn’t trust myself right at this moment to keep it strictly to a kiss. It had been so long since I’d been intimate, at the first little rev of my engine, I might throw off my clothes and take him right there, in full view of God and the neighbors.

“Can you make an exception… for me?” Peter asked, all the while moving closer, as he reached up and stroked my cheek, swiping a bit of hair from my forehead. He was asking me now and I realized no part of me wanted to deny him. All good reason left my brain then. I couldn’t think of a single reason why kissing would be a bad idea.

“Maybe,” I murmured. Then he swept in, gently pressing his lips against mine. It began softly, respectfully, a press of the lips together, before it turned into something… more. My lips parted and suddenly I tasted him, perfect warmth and sweetness, and I felt heat moving through me. He knew exactly what he was doing, an expert kisser. As he pulled me to him, the dry brush of my body lit up like a raging wild fire as the need for this, for him, consumed me. Suddenly, I wanted him, a yawning, hungry want. Before I knew what I was doing, I’d slipped over to his seat, between him and the steering wheel. I hadn’t straddled a man in the front seat since… high school, but somehow, it just felt right.

The kiss continued into a full-blown make-out session. His hands were in my hair, running down my back, cupping my butt as he groaned in my mouth. The sound sent me into overdrive and I could feel how badly he wanted me as I pressed my weight into his lap. I didn’t care that we were parked in the street, or that Mom might be spying on us at that very moment from the windows in my living room. For this brief moment, beneath the warm glow of the dashboard lights, we were on our own planet, connecting in a way that I hadn’t connected with a man in a long, long time. 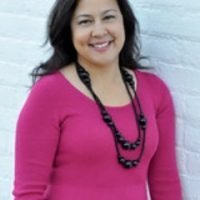 About the Author
Cara Lockwood has published more than a sixteen novels, including I Do (But I Don’t), which was made into a Lifetime Original Movie starring Denise Richards and Dean Cain.  She has written in a wide variety of genres from romantic comedy to paranormal romance and suspense. Her novels have been translated into five languages and are sold all over the world.

A Penn grad, she landed her first book deal at age 29 with Simon and Schuster. Since then, her work has been published by MTV Books, Pocket Books, St. Martin’s Press and Harlequin. She was a finalist for the Gayle Wilson award of Excellence in young adult fiction from the Romance Writers of America.  Her books include: I Did (But I Wouldn’t Now), Dixieland Sushi, Every Demon Has His Day, Can’t Teach An Old Demon New Tricks, Pink Slip Party and the Bard Academy series for young adults, as well as The Shark and I, a new audio book by Audible.

She has presented her work at Book Expo, the Printer’s Row Book Fair, the Iowa City Book Festival and has made dozens of appearances for book readings and events at Barnes and Noble and other major bookstores in cities across the country. She has been reviewed in Publisher’s Weekly, Booklist, The Library Journal, YM magazine, Lucky Magazine, Chicago Magazine, the Boston Herald, American Cheerleader and The Romantic Times, among many others. She’s been interviewed on various television and radio programs on her writing in Austin, New York and Chicago. Cara Lockwood lives near Chicago, Illinois with her two daughters.