Welcome to the blog tour for ALL FIRED UP, the third stand-alone book in the adult contemporary romance series, Road to Love, by New York Times bestselling author, Lori Foster, releasing November 19, 2019.  See below for information on the book and series, buy links, an exclusive excerpt, and details on her giveaway. 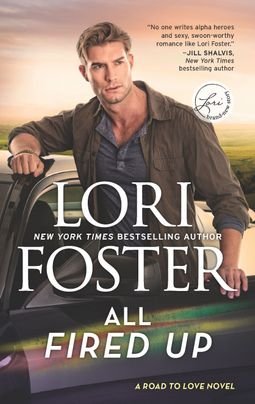 ALL FIRED UP (Road to Love #3) by Lori Foster

Charlotte Parrish has always wanted a certain kind of man: someone responsible, settled, boring. Bad boys need not apply. But when her car leaves her stranded and a mysterious stranger with brooding eyes and a protective streak comes to her rescue, she can’t deny how drawn she is to him. In town searching for family he’s never met, Mitch is everything she never thought she wanted—and suddenly everything she craves.

Finding his half brothers after all these years is more than Mitch Crews has allowed himself to wish for. Finding love never even crossed his mind…until he meets Charlotte. She’s sweet, warmhearted, sexier than she knows—and too damn good for an ex-con like him. But when his past comes back to haunt him, putting Charlotte—and the family he’s come to care for—in danger, Mitch isn’t playing by the rules. He’s already surrendered his heart, but now he’ll risk his life.

Excerpt #1
The warm, muggy night closed around him, leaving his shirt damp in places. Sweat prickled the back of his neck. Inside Freddie’s he’d find air-conditioning, but he’d never again take fresh air for granted. He valued every single breath of humid air that filled his lungs.

The moon climbed the black sky as time slipped by. How much time, he didn’t know: he’d stopped keeping track the second he saw her.

Headlights from the occasional passing car came near him but didn’t intrude on the shadows where he stood.

Damn, he wanted that mouth.

In the short time he’d locked eyes on her, a dozen fantasies had formed—most of them based on her naked lips, the way she occasionally pursed them, how she twisted her lips to the side in frustration, even how she blew out a breath. The whole package was nice…but it was her mouth that kept him unmoving, staring. Imagining.

Slight of build, she served as a bright spot in the dark gloom. Understated and yet something struck him as undeniably sexy.

Once he’d noticed her, he couldn’t look away.

After speaking softly into a phone, she bit her plump bottom lip, and her expression showed frustrated defeat.

The lady had made several consecutive calls. Was she in need of assistance? Given the way she’d circled a car, occasionally glaring at it, he thought she did. Judging by her frown, there wouldn’t be any help on the way.

Since getting out of prison a year ago, Mitch had spent an excess of time with women. Hell, next to fresh air, freedom and steak, sex topped his list. He’d immersed himself in human contact, the gentleness, the carnality.

He’d taken satisfaction in pleasing someone else while abating a base need. Hell, watching a woman come gave him as much pleasure as his own release.

So he’d gotten his fill and then some—all while making plans to change the course of his life. To make it better. To carve out a meaningful future. 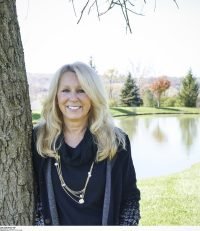 About the Author
Lori Foster is a New York Times and USA TODAY bestselling author with books from a variety of publishers, including Berkley/Jove, Kensington, St. Martin’s, Harlequin and Silhouette. Lori has been a recipient of the prestigious RT Book Reviews Career Achievement Award for Series Romantic Fantasy, and for Contemporary Romance. For more about Lori, visit her Web site at www.lorifoster.com.