Blog Tour – Excerpt – AFTER THE END by Natasha Preston

Welcome to the blog tour for AFTER THE END, a stand-alone new adult contemporary romance, by #1 New York Times bestselling author, Natasha Preston. See below for information on the book, buy links, and an exclusive excerpt. 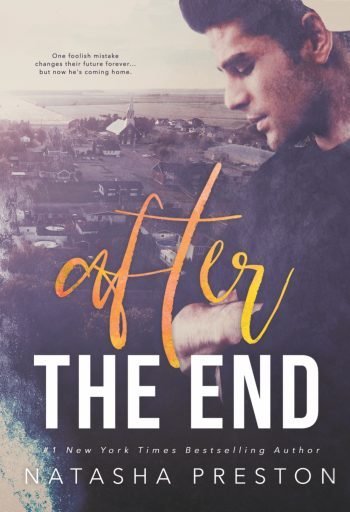 AFTER THE END by Natasha Preston

After the tragedy, Linc and his family fled a town they were no longer welcome in.

Still grieving the death of her brother, Tilly’s world is rocked again when, three years later, Lincoln Reid has to come home.

Linc tries to stay away from Tilly, but once he sees her fighting feelings for him, he can’t stay in the shadows. Excerpt
“Tilly,” I groan as she leans flush against my chest.

The alcohol has given her permission to let go of the reservations she has over us being something.

The beach has now cleared completely, everyone has gone, and I’m supposed to take Tilly to Hanna and Jack’s, but she’s making it very difficult.

I want to take her back to mine.

She looks up at me, and her amber eyes lose focus. “It’s you, isn’t it?” Her voice is barely a whisper, but I feel the fear in each word.

“What’s me, Tilly? You really should have stopped drinking about an hour ago.”

My breath catches. I want to pull away because her words are gutting me, but my body needs to be closer to her, too. My fingers dig further into her flesh, holding her closer, tighter, never wanting to let go.

“Tilly, there is no need for you to feel guilty. Robbie would have been okay with this.”

“I know. It’s not him I’m worried about.” She leans forward and lays her head against my chest. “My parents are having a hard time with you being here.”

I rest my chin on her head. She’s tucked so closely into me. “Have they told you that?”

“They don’t need to.” Her arms wrap around my back like she’s scared I’ll walk away after hearing this.

There is nothing she could ever say to scare me off. I love her unconditionally.

“Everyone has a past.”

“Not everyone’s past is all mixed together,” she replies. Her voice is a little slurred, but our conversation seems to be sobering her quickly. “Ours is messy.”

But she is admitting she wants me!

With raw emotion clogging her throat, she breathes, “I don’t want our families to fight.”

I bend my head and whisper in her ear, “I’m not giving up on us. It’s worth the fight, Tilly.”

“Then, fight hard, Linc, because I don’t know how to stay.” 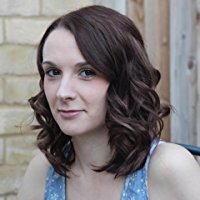 About the Author
UK native Natasha Preston grew up in small villages and towns. She discovered her love of writing when she stumbled across an amateur writing site and uploaded her first story and hasn’t looked back since.