Welcome to the book blitz for SWEET POSSESSION, the fifth book in the adult contemporary romance series, Nights, by A. M. Salinger. See below for information on the book, buy links, an exclusive excerpt, and details on her giveaway. 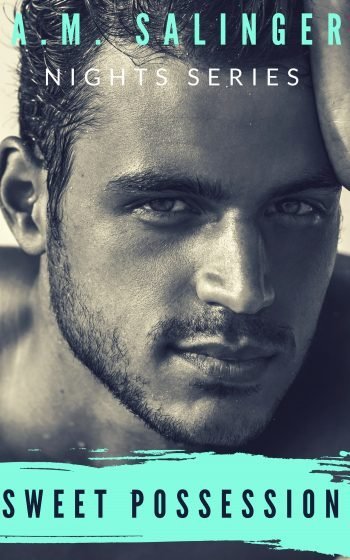 Synopsis
I don’t want to ruin his future. I don’t want him to miss out on having a family. I should let him go — Luke

I love him. And I know he loves me. So why is he pulling away from me? — Ash

Settled in his new life in Singapore with the man he has loved his entire life finally at his side, Ash Colby has never been happier. Not only does Luke fulfill him body and soul, their future together could not be any brighter.

Luke still cannot believe that Ash is finally his. But although he loves Ash more than life itself and has finally found a partner who can satisfy his carnal needs, Luke doesn’t want to get in the way of the young Colby heir’s future. When he decides to give their relationship some breathing space, Luke cannot foresee the despicable act he will commit the night Ash finally challenges him about his cool behavior.

With their love and their future at stake, can Ash force Luke to face his fears and admit they truly do belong together? Or will Luke’s stubbornness and remorse tear their burgeoning relationship apart?

Find out if Ash and Luke find their happy ever after in this fifth novella in the hot, contemporary romance series Nights by A.M. Salinger. Note from the author: Although each book in Nights can be read as a standalone, you will enjoy this series even more if you read the books in order! 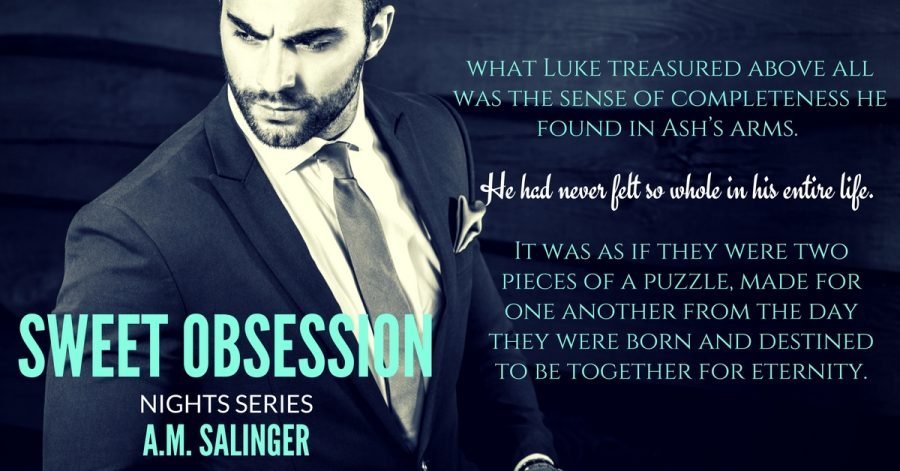 Excerpt
Luke Rutherford leaned against the sliding door that opened onto the sun deck and took a sip of his coffee while he watched the man in the pool. His gaze followed the clean lines of Ash Colby’s shoulders and his strong, toned back before lingering on the powerful legs scissoring through the water. Legs that had been wrapped around Luke’s hips only hours ago when they were making love and that had gripped his body with savage ferocity when Ash came apart beneath him, his hole quivering and clenching hungrily on Luke’s dick while he bowed his spine and cried out in mindless pleasure.

Luke still couldn’t believe the gorgeous young man cleaving the water so seamlessly twenty feet from where he stood was finally his. Having doted on Ash since the day he was born and been consumed with desire for him for the last six years, Luke had always imagined his forbidden love for the boy who had grown up looking up to him as a brother was doomed from the start. Furthermore, as Ash’s former guardian and the current trustee of the Colby trust fund, Luke had known acting on his carnal urges would blur the boundaries of acceptable behavior, even after Ash turned eighteen and stopped being his ward. Besides, Luke hadn’t ever once imagined Ash would even care for him in that way.

That Ash had been in love with him for even longer than he had, had come as a complete shock to Luke.

It wasn’t until Luke had forcibly relocated Ash from Stanford to Singapore two months ago that the complicated charade both men had been playing for the last five years finally came crashing down around them. Uprooting Ash from the only life he had ever known in the US was not a decision Luke had taken lightly, the drastic measure having been forced upon him by the actions of Ash’s estranged Aunt Catherine Bernardino—the sister of Ash’s dead father, Charles Colby.

Half a decade after Luke squashed the beginnings of a deadly plot that could have ended Ash’s life and delivered the substantial inheritance locked in the Colby trust fund to his only living relative, Catherine, the woman had had the gall to contact Luke again to blackmail him. Having paid her and her husband off handsomely to get the hell out of Ash’s life for good, Luke had not taken kindly to her threat, nor had he been able to control his rage when he discovered the true extent of the damage the woman who had nearly destroyed his and Ash’s relationship had caused all those years ago.

It was only Ash’s presence that quelled his burning desire to find and physically hurt Catherine that day. Ash’s touch that soothed Luke’s agonizing pain at the realization that he had inadvertently hurt the person he loved most in this world. Ash’s kiss that transformed the storm inside his heart into a maelstrom of passion that had seen Luke take the young man’s virginity, finally making him his in every sinful and sacred sense of the word.

It was also Ash who had abruptly ended the nightmare situation Catherine had been trying to create to extract more money from Luke. Having broken the permanent injunction order forbidding the Bernardinos from making any form of contact with Ash, the couple had had a petition for contempt filed against them in California in the last month and were currently facing jail time. Add to this fresh evidence gathered by the PI firm Luke had had keeping an eye out on them showing the fraudulent investments they had made with the money Luke had given them five years ago, and Luke knew he and Ash had finally seen the last of the Bernardinos.

With Ash settling into his new life at the university in Singapore and their relationship coming along in leaps and bounds, Luke had never known such happiness. 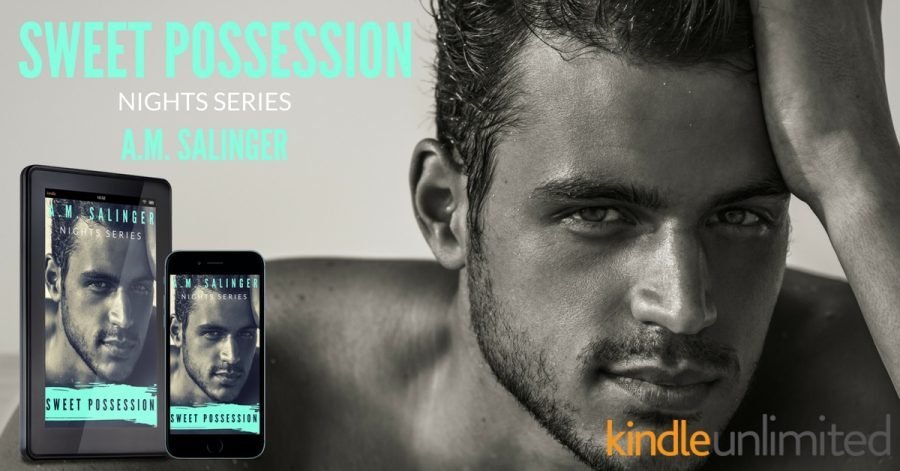 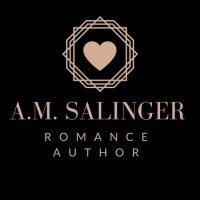 About the Author
Ava Marie Salinger is the pen name of an Amazon bestselling author who has always wanted to write scorching hot contemporary and erotic romance. In 2018, she finally decided to venture to the steamy side. NIGHTS is the first of several sizzling series featuring sweet, sexy men and women with dark pasts and a whole lot of love to give to the ones brave enough to fight for their hearts. When she’s not dreaming up hotties to write about, you’ll find Ava creating kickass music playlists to write to, spying on the wildlife in her garden, drooling over gadgets, and eating Chinese.

Want to be the first to know about Ava’s new releases and get access to exclusive content, sneak previews, sales, and giveaways ? Then sign up to her Reader Group here and join her VIP Facebook Fan Group here..