Welcome to the blog tour for DARKNESS RISING, the ninth book in the adult paranormal romance series, Darkness, by New York Times and USA Today bestselling author, Katie Reus. See below for information on the book, buy links, and an exclusive excerpt. 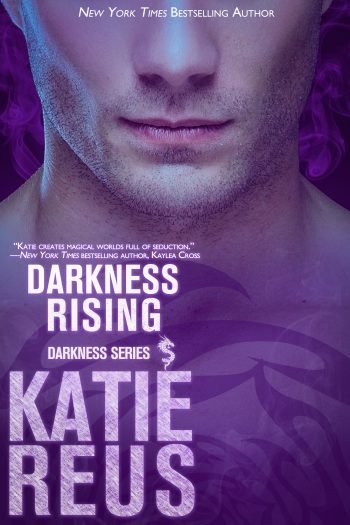 Synopsis
When a bringer of death…

Awakened after millennia, dragon warrior Reaper is ready to fulfill his destiny…until he sees Greer. With one glimpse, everything Reaper has ever known throughout his very long life is irrevocably changed. Greer’s his mate, he feels it in his blood, in his soul—but convincing her is another matter. The dragon clan healer finds him obnoxious and annoying, but he knows a woman’s interest when he smells it. And Greer smells like one word: mine.

Meets a giver of life…

Greer has spent hundreds of years using her healing abilities for the good of others, making her the polar opposite of Reaper. The ferocious war general may be an ancient, but his arrogance proves he hasn’t spent any of that time learning about women. Greer is displeased when her Alpha sends her to New Orleans with the insufferable warrior—then she sees him in action against a menace threatening to tear the city apart. Fierce, protective, magnificent…mate-worthy. Except he’s hiding something from her. Something dark and devastating that could destroy their newly forged bond. Maybe opposites do attract, but if they want to live long enough to find out, they’ll first have to save the world teetering on the brink of obliteration. 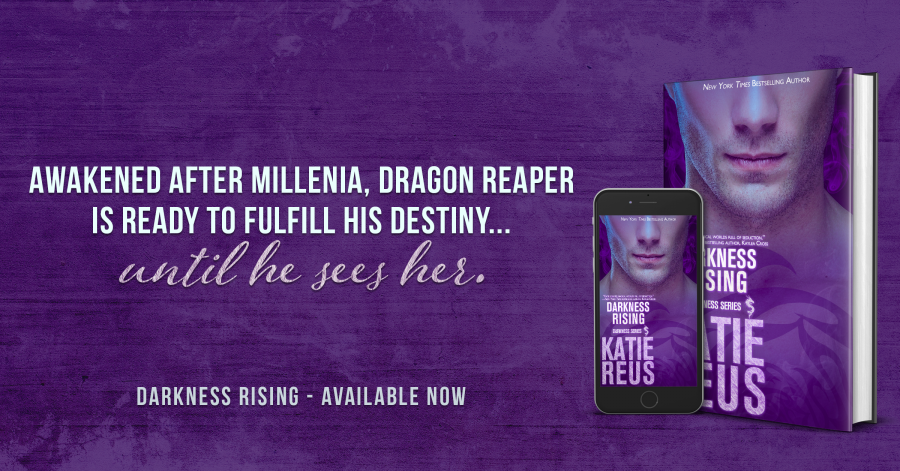 Excerpt
Without thinking, she stalked toward him and smacked him on the nose. “I can’t believe you shot fire at me!” she snapped.

That was just bad dragon etiquette. Yet now that she’d had time to think about it, she realized he hadn’t been attacking her, because the fire had gone so wildly off course. And considering the strength she could feel rolling off this stranger, she didn’t think that was accidental. If he’d wanted to hit her, he would have. She was immune to dragon fire—as were all dragons—for as long as their bodies could withstand it anyway. But he shouldn’t have been immune to her healer’s fire. That was something she was going to worry about later.

In response, the male shifted to his human form in such a fluid, quick transformation it took her breath away. She’d only seen a few ancient dragons change forms like that.

Now the male stood in front of her, staring at her with electric, mesmerizing amber eyes. In that moment she froze, trying to decide if she should run or stay.

Then he tilted his head to the side ever so slightly and she forced her eyes to remain on his. This male was a predator, likely a warrior, that much she could sense. It wouldn’t do her any good to turn her back on him.

Finally he spoke, but in a language she didn’t understand—which made her pause.

She was part of the Petronilla clan, and one of their gifts was understanding every spoken language. It was one of those biological survival things woven into their DNA. It was simply part of who they were as a clan.

“I don’t understand you,” she said to the male.

His hair was long, the soft dark waves falling right to his broad shoulders. From what she could see, his chest was incredibly built and muscular. She wasn’t going to look any lower—that was bad manners. She couldn’t help staring into his eyes, however. He had the kind of face that would make angels cry.

And he was on her clan’s territory. Which was the real issue right now.

Though to be fair, he must have been sleeping far beneath the surface so he would have no clue he was on her Alpha’s territory. She turned slightly and pointed back to where her four-wheeler was. She often came out here with it, then stripped and shifted and took to the skies. She just hadn’t gotten around to the shifting or flying part today. She’d been enjoying basking in the sun. Now it looked as if flying was going to wait.

He reached up as if to touch her face but she gently caught his wrists and pushed them back down.

They didn’t know each other and she hadn’t given him any privileges yet.

He said something again, growling low in his throat as he leaned forward and sniffed her. Actually sniffed her.

Okay, then. This dragon must have been asleep for a long time because that was very bad manners. She just hoped he wasn’t as ancient as Mira and Prima, because while she loved the “twisted sisters,” they were like feral animals half the time. Every time Greer looked into their eyes, there was no civilization. They were simply putting on a veneer for everybody. She loved them, yes, but they were far more in touch with their dragon side than she was. Sighing, she turned and headed back to her four-wheeler, looking over her shoulder at him.

The male paused, watching her curiously, but ended up stalking after her, his bare feet quiet against the snow. He didn’t seem bothered by the cold or his nudity, which for the most part was to be expected with dragon shifters. And males in general. They seemed to have no problem showing themselves off.

He stared at the four-wheeler, frowning as she slid into the front seat. She started the engine and then patted the seat behind her.

He simply lifted an eyebrow and shook his head, murmuring something in that language she didn’t understand.

Sighing, she gave it a little gas so he could see it move. Then she patted the seat again. She needed to get him back to her Alpha’s place, and arrangements would have to be made. They’d have to find his people, and more importantly, make sure this dragon understood that they were not out to humans. Not only that, for all she knew, he knew nothing of technology—and given the way he was looking at her four-wheeler with disdain, she figured that was a good bet.

He shook his head again.

“Seriously? It’s not like this thing is going to hurt you,” she muttered. “You’re a freaking dragon.” Sighing, she turned off the engine and got off the vehicle. And when she stripped off her jacket, his eyes lit up with interest.

Of course. God save her from all males. About the Author
Katie Reus is the New York Times, USA Today, and IndieReader bestselling author of the Red Stone Security series, the Moon Shifter series and the Deadly Ops series. She fell in love with romance at a young age thanks to books she pilfered from her mom’s stash. Years later she loves reading romance almost as much as she loves writing it.