Welcome to the blog tour for EVEN COWBOYS GET THE BLUES, the fifth book in the adult contemporary romance series, Bluebonnet Texas, by Amie Stuart. See below for information on the book, buy links, an exclusive excerpt, and details on her giveaway. 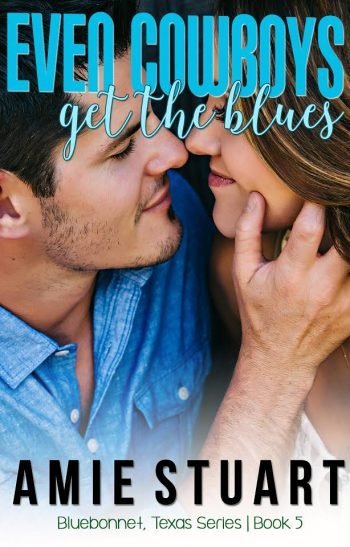 EVEN COWBOYS GET THE BLUES (Bluebonnet Texas #5) by Amie Stuart

Not after his wife walked out on him and their daughter ten years before. He’s got a well earned reputation as a Casanova Cowboy who’s never met a woman he couldn’t talk into bed…until Toni duBois. Disinterest isn’t something he’s is used to. Neither is playing by someone else’s rules.

After fifteen years away, Toni’s headed home to Louisiana in search of the answer she needs and the redemption she craves. She doesn’t plan on hanging around in Bluebonnet, Texas, any longer that she has to and she isn’t interested in a steamy, sexy entanglement. Regardless of how good looking said entanglement might be.

Unfortunately for both them, Tim’s teenage daughter, Rene has opinions. Lots of them. And she’s feeling a certain kind of way about Toni—mostly pissed. So when she pulls out all the stops to keep Toni from getting her hooks into Tim and Toni’s dark past is revealed, no one is safe from the fallout.. 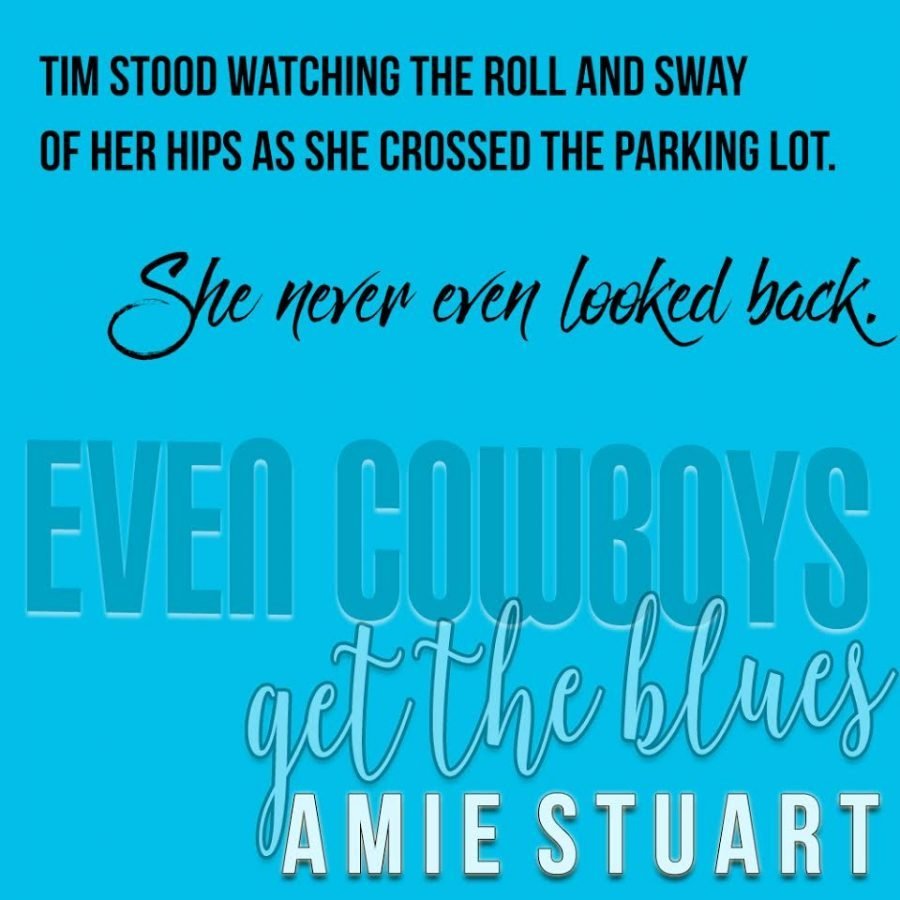 Excerpt #1
Tim avoided Toni’s bar all evening, relying on waitresses instead, and danced with two women who would have been more than happy to take him home, but he found himself using Rene’s presence as a completely legitimate excuse to retreat, even though she’d gone home earlier with Ty. Maybe he was coming down with something.

And he knew damn good and well what it was.

Around eleven he decided to call it a night, but not before one more stop at her bar. She was gone. That was okay. He knew where to find her. He headed out to the beer garden, back to the spot where she’d found him last night. She lay stretched out on the wooden bench, her crossed ankles propped on the armrest, hands tucked under her head. She raised up on her elbows, frowning at him in the moonlight. “Your daughter thinks we’re dating,” she scolded.

“You talked to my daughter?” Tim moved closer until he was level with her feet. He shoved his hands in his pockets, resisting the urge to sit, slip her shoes off and rub them.

“Obviously, yes.” She lay back down and folded her hands across her ribcage, not even offering to move so he could sit beside her. The moonlight gave her hair blue highlights and made her white T-shirt glow. “Why would she say that?”

“Because she knows her old man pretty well.” He chuckled, deciding to take a chance. “Speaking of dates, what are you doin’ later?”

He winced as her own low chuckle quickly turned into a full-fledged belly laugh. She swung her legs off the back of the bench and stood in one fluid motion.

“I’m thinking you’re not talking breakfast, and I ain’t that kinda girl. You want me, you’re going to have to do a whole lot better than that. G’night, Flirty Boy.” She strolled past him, and he fisted his hands, refusing to turn and watch her denim-clad departure.

He whirled around at the sound of his name on her lips, caught up, once again, in her accent and her husky, sexy voice. Wondering what she’d sound like naked, beneath him. The thought made his belly tighten in anticipation.

Great, another comedienne. She was turning out to be as prickly as Rene. To hell with her. What the hell had he been thinking, lusting after some woman he barely knew? He had work to do, for cryin’ out loud. Horses to train. A daughter to raise. He damned sure didn’t need Toni’s kind of trouble. 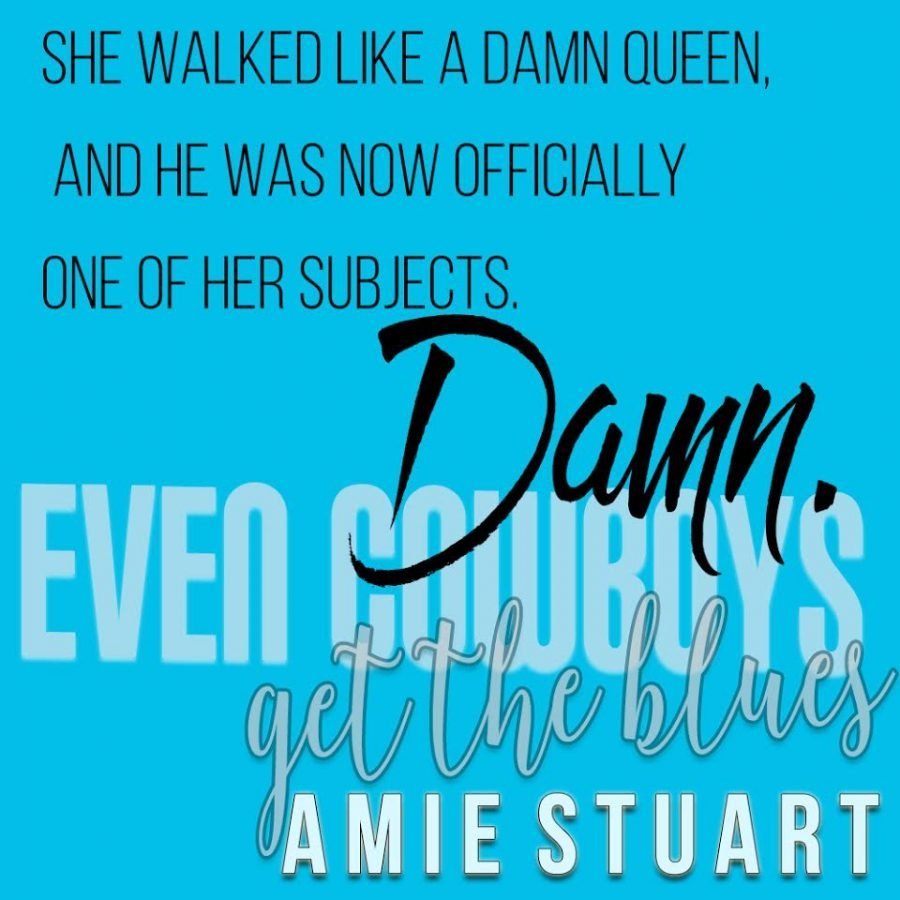 About The Author
Amie Stuart is the last of a dying breed: a Native Texan. She writes sexy, emotional contemporary romances set in small towns. In the past, she’s worked as a receptionist, a daycare office manager, delivered pizzas, and was even a hairdresser for five years–all fodder for the writing gig. That and all those Barbara Cartland romances she cut her teeth on.

None of those careers can compare to her favorite job: writer. She’s a storyteller through and through, even when she’s keeping tabs on her almost-grown sons and many pets, or organizing promo and planning trips for her day job as a personal assistant. She smokes, she drinks, she writes–sometimes at the same time.