Welcome to the blog Tour for ISLAND ON FIRE, a stand-alone adult historical thriller, by Sophie Schiller. See below for information on the book, buy links, an exclusive excerpt, and details on her giveaway. 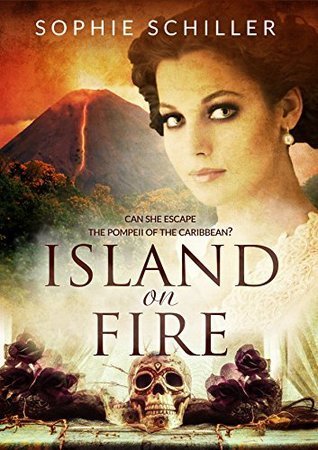 ISLAND ON FIRE by Sophie Schiller

Synopsis
In the lush, tropical world of Martinique where slavery is a distant memory and voodoo holds sway, Emilie Dujon discovers that her fiancé, a rich sugar planter, has been unfaithful. Desperate to leave him, she elicits the aid of a voodoo witch doctor and is lured into a shadowy world of black magic and extortion. When the volcano known as Mount Pelée begins to rumble and spew ash, she joins a scientific committee sent to investigate the crater. During the journey she meets Lt. Denis Rémy, an army officer with a mysterious past.

At the summit, the explorers discover that a second crater has formed and the volcano appears to be on the verge of eruption. But when they try to warn the governor, he orders them to bury the evidence for fear of upsetting the upcoming election. As the pressure builds, a deadly mudslide inundates Emilie’s plantation and she disappears. With ash and cinders raining down, chaos ensues. Left with no choice, Lt. Rémy deserts his post and sets off on a desperate quest to rescue Emilie. But with all roads blocked, can they escape the doomed city of St. Pierre before it’s too late?

It was a beautiful mulâtresse with exotic eyes, fiery lips, and a long and graceful neck. She wore a muslin dress lined with expensive lace and a yellow turban that accentuated her high cheekbones and bronze skin. Around her neck she wore a necklace of gold beads that glinted in the candlelight. She regarded him with smoldering eyes, and in her hand she held a Browning semiautomatic pistol. She chambered a round with expert precision, flipped the safety catch, and pointed the pistol at Rémy’s chest.

“Don’t move, Lieutenant,” said the Grand Zamy. “She’s trained to shoot robbers and looters and is an expert marksman. Unlike me, Alphonsine is not interested in healing people.” His mouth twisted in a cunning smile.

“That’s a fancy pistol for a lady,” said Rémy.

“Quite necessary when you engage in a dangerous business such as ours,” said the Grand Zamy. “Jealous boyfriends, enraged husbands, swindled business partners, vengeful neighbors. We get all kinds.”

“Yes, I’m starting to get the picture,” said Rémy, keeping his eyes on the pistol. Beads of sweat rolled down his forehead, and his heart pounded. Somehow he had to get the pistol from her. He had to disarm her. “Still, I’m not used to seeing a beautiful lady brandishing a weapon such as this. For a soldier, a woman with a gun is quite alluring.”

He inched closer to the woman and, in an instant, grabbed her hand and pointed the pistol up. She pulled the trigger and a blast rang out, sending plaster showering from the ceiling. The woman screamed, and Rémy twisted her arm, forcing her to drop the weapon. Then he gave her a forceful knock that sent her hurtling to the floor. Before Rémy could retrieve his own weapon, the Grand Zamy brandished a cutlass and lunged at him. 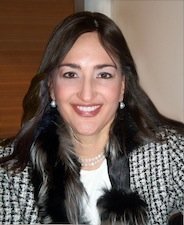 About the Author
Sophie Schiller was born in Paterson, NJ and grew up in the West Indies. She loves stories that carry the reader back in time to exotic and far-flung locations. Kirkus Reviews called her “an accomplished thriller and historical adventure writer”. Her latest novel is Island on Fire, a thriller about the worst volcanic disaster of the 20th century. She was educated at American University, Washington, DC and lives in Brooklyn, NY.