Welcome to the blog tour for KING OF RUIN, to first book in the adult fantasy romance series, Lords of Sidhe, by USA Today bestselling author, May Sage. See below for information on the book, buy links, an exclusive excerpt, and details on her giveaway. 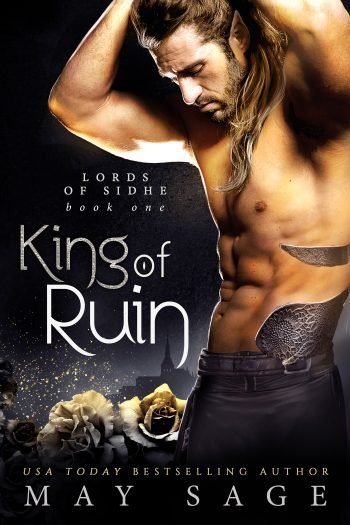 KING OF RUIN (Lords of Sidhe #1) by May Sage

Synopsis
They say the fae used to take the most beautiful maidens and make them their brides.

They lied. What they do with them is much worse.

After the seven lords of Sidhe are massacred in one day, the thrones of the fae realm pass down to their heirs. The Iron Circle remains leaderless, as its true lord lives in another world. The nobles of the realm will find the heir, and they will destroy him. Or her.

West, in the Silver Circle, a new lord has taken the throne. A warrior who never hesitates to crush ants for the good of the world. A man whose rule will change the fate of their realm.

Melpomene has never known where she came from, and after centuries, she’s stopped caring. Until the fae take her, dragging her to a land where bloodlines and power is everything. To survive, she needs to embrace the monster buried inside.

Lords of Sidhe is a fantasy romance trilogy.

Note that while it is unsuitable for sensitive or clean readers, there is no trigger warning.. 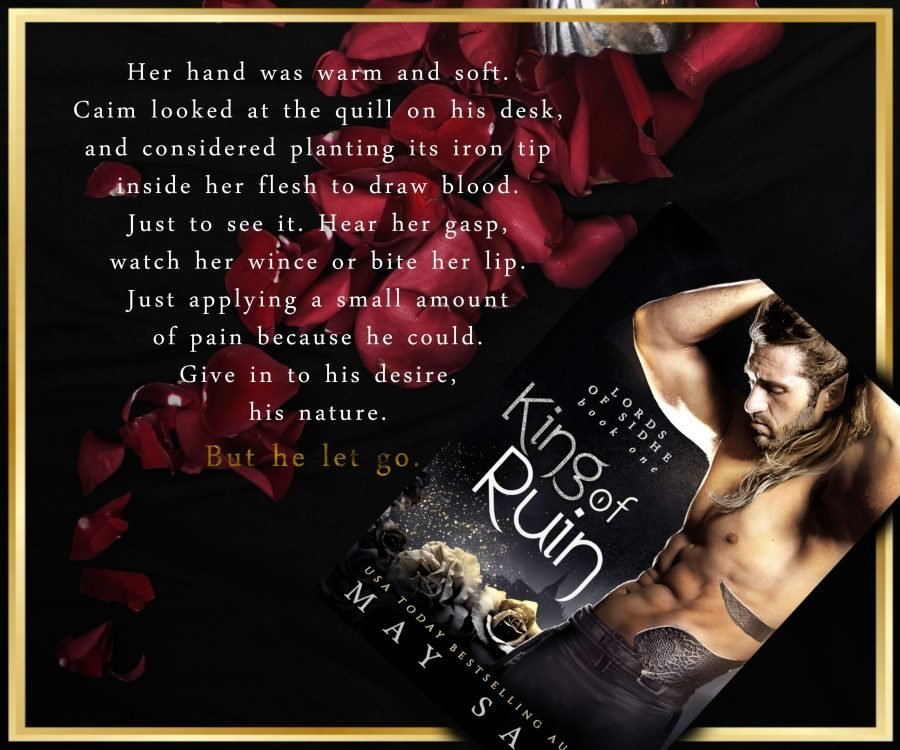 Excerpt #1
Cassian was in front, their uncle’s crown in hand. It was a circlet of silver with a heart shaped stone, red as blood at its center.

“Now, cousin. Your turn to kneel.”

Indeed it was. Having to be vulnerable in front of Cassian went against all of his instincts, but he did so anyway, bringing both knees to the ground and then lowering his head.

Caim didn’t know whether to expect a crown or a sword atop his head.

Cassian crowned him, and the crowd cautiously clapped.

He watched them, eyeing all those whom he considered potential enemies.

A week ago, it had been a few of them. Those who coveted his role at his uncle’s side. Those who disliked his way. Those who whispered about his bloodthirsty, ruthless parents.

Now, it was everyone. 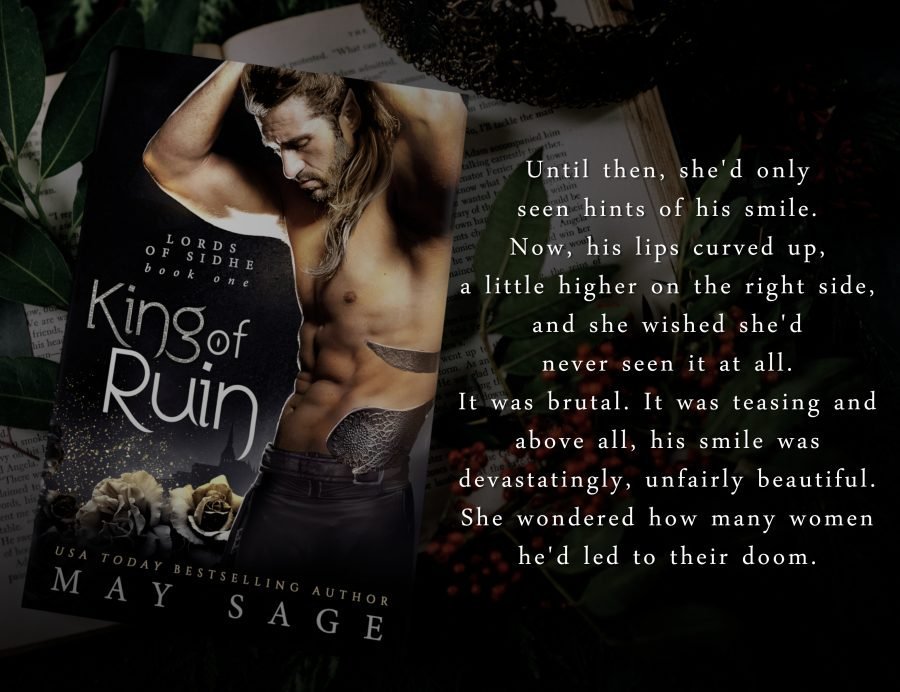 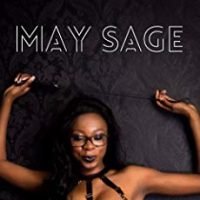 About the Author
May is a USA Today bestselling Author living in Windsor, Berkshire, with a german shepherd, a moggy and two savannahs. She writes every sub genre of romance, from fantasy to contemporary. You’re signing up for strong, sassy, kick-ass women and swoon-worthy male protagonists. Enjoy the ride!