Welcome to the blog tour for LOSING NORMAL, a stand-alone young adult dystopian adventure, by Francis Moss. See below for information on the book, buy links, an exclusive excerpt, and details on his giveaway. 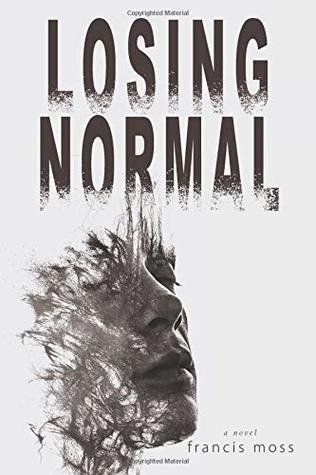 Synopsis
Everyone we love, everything we know, is going away… and only an autistic boy can stop it.

Alex knows exactly how many steps it takes to get from his home to Mason Middle School. This is normal.

Alex knows the answers in AP math before his teacher does, which is also normal.

Alex knows that something bad is coming out of the big screen in his special needs class. It’s pushing images into his head, hurting him, making him forget. Alex pushes back, the screen explodes, and nothing is normal any more.

Giant screen televisions appear all over the city. The programming is addictive. People have to watch, but Alex cannot.

Sophie, the sentient machine behind all this, sees the millions and millions of eyeballs glued to her and calls it love. To Sophie, kids like Alex are defective. Defectives are to be fixed…or eliminated.

Even inside the abandoned old house, we smelled the fires. Sara and I would go out walking, early in the morning, before the Calliope Guardians started patrolling. Yesterday at 7:38 AM, I saw three firemen in the fire station on the boulevard, sitting on a red GMC 3500 EMS truck, watching a Calliope television broadcast on the wall. Sixty-one meters down the street, smoke was coming from the front windows of a little white and blue house. This was normal now.

Later that afternoon, Sara and I walked the four hundred and five steps down to the little convenience store, which was still open. We pulled down our baseball caps when we passed under the big Calliope screen on the roof, which has video surveillance in it. I felt it, probing, looking, but it mostly doesn’t bother me now, unless I get too close. Sara just walks faster. I think she’s dealing with it better than me.

“…incidents of vandalism have decreased markedly, according to reports from across the country. The President, seen here at a Rose Garden press conference, announced today that he intends to lift the state of emergency as soon as next week.”

There was no one in the store, and almost nothing on the shelves. We found two overripe apples and a squished package of bread. I wanted to leave some money, but Sara looked at me with her right eyebrow raised, which I knew meant I’m acting stupid or crazy. We went back to the old house. On the porch of the yellow house at the corner, a woman in a black tee-shirt was sitting on one of the raggedy easy chairs, looking at a picture book, then looking up. She saw us walk by, but didn’t say anything. Like me and like everyone, she was probably trying to remember who she was, who she used to be. This was also normal now.

When it got dark, Sara lit candles and the one lantern we have, because the electricity goes off a lot. We each ate one apple and I had two slices of bread. Then Sara locked the doors and fell asleep on the couch. I laid down on the cot. I dreamt that I was flying, and I heard a woman’s voice that sounded like my mom. “It’s time to come home.”

The next morning, there was an engine noise outside on the street, and I peeled back the newspapers that covered the front window to look. A white van with the Calliope logo moved slowly down the block. I woke Sara and we went out the back door and down the alley.

We walked on the dirt middle section of the boulevard where the trolley tracks used to be. It’s twelve blocks, which is three thousand four hundred sixty-seven steps away from the house. The red brick library, which I had been to a few times, was closed. The broken glass front doors had plywood on them, where someone had spray-painted, “Help Us.” Above the doors was a giant Calliope video screen, ten meters tall, eighteen meters wide. I pulled down my blue baseball cap with the New York Yankees logo and looked down at the cracked sidewalk; Sophie was looking for me.

Out of the corner of my eye, I saw the giant screen.

“The Melonian army is four parsecs away, and traveling at twice light.”

“That doesn’t give us much time, Jim. We’ve got to move the fleet now.”

Fifteen people stared up, gape-jawed, watching. When I looked at it, the images dissolved into colored lines and shapes coming at me, washing over me, trying to make me forget. I looked away.

A gray-haired man, wrapped in a dirty green blanket, walked toward us, playing a sad tune on a soprano saxophone hanging from a colored strap around his neck. A pony-tailed man turned away from the screen and frowned. He put his finger to his lips and made a shushing sound. The old man ignored him, walking closer. Other people turned away from their dreams to look.

A white van screeched to a stop at the curb. Two men wearing black jump suits got out, grabbed the old man, took the saxophone from him, and threw it in the street. They tossed him in the back. The van drove off. Another white van pulled up and two men stepped out of it, holding shiny black devices with antennas. They were looking for me and Sara. 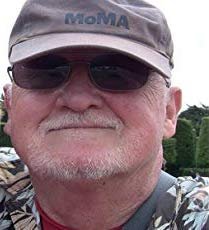 About the Authors
Francis Moss has written and story-edited hundreds of hours of scripts on many of the top animated shows of the 90s and 00s. Beginning his television work in live-action with Buck Rogers in the 25th Century, he soon starting writing cartoons (“a lot more jobs, and also more fun”), staff writing and freelancing on She-Ra, Princess of Power, Iron Man, Ducktales, and a four-year stint on Teenage Mutant Ninja Turtles, writing and story-editing more episodes than you can swing a nuchaku at.

One of his TMNT scripts, “The Fifth Turtle,” was the top-rated script among all the 193 episodes in a fan poll on IGN.COM. A list of his television credits is at IMDB.COM.

Francis, in partnership with Ted Pedersen, also wrote three middle-grade non-fiction books: Internet For Kids, Make Your Own Web Page, and How To Find (Almost) Anything On The Internet. Internet For Kids was a big success, with three revised editions and twelve foreign language versions. He’s the sole author of The Rosenberg Espionage Case.

After high school where he grew up in Los Angeles, Francis had one dismal semester at a junior college, and then enlisted in the Army. He became a military policeman and served in Poitiers, France, falling in love with the country, taking his discharge there and traveling around Europe (including running with the bulls in Pamplona) until his money ran out.

He attended the University of California, Berkeley and became active in the civil rights and anti-war movements, still managing to earn a BA and an MA in English lit (“the major of choice for wannabe writers”).

Francis is married to Phyllis, a former music teacher and active viola player. They have a son, a daughter and one grandson. They live in Joshua Tree, California.