Welcome to the blog tour for RUINS ON STONE HILL, the first book in the young adult fantasy series, Heroes of Ravenford, by F.P. Spirit. See below information on the book, buy links, an exclusive excerpt, and details on his giveaway. 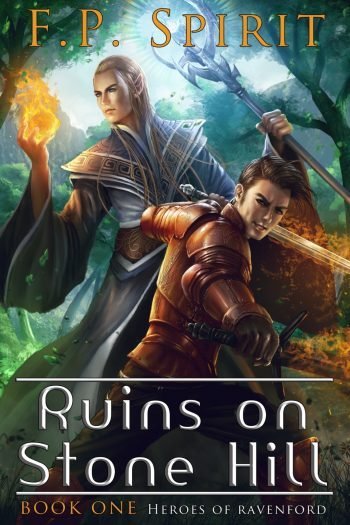 RUINS ON STONE HILL (Heroes of Ravenford #1) by F.P. Spirit

That’s what Glolindir thought, until he came across his first real monster.

Luckily, he survived, thanks to his new “friends.”

Lloyd, the reckless young warrior with blades of fire.

Seth, the sarcastic halfling who might be an assassin.

Aksel, the genius little gnome whose very touch can heal.

Little did they know that things were about to go from bad to worse.

After one hundred and fifty years of relative peace, dark forces stir around the little town of Ravenford—monsters, black magic, creatures of the night.

The only thing standing between Ravenford and certain destruction is this band of young misfits.

Excerpt #3
Seth rifled through the bugbears’ belongings, looking for anything of use. Unfortunately, there was nothing. Abruptly, he heard a shout in the hallway.

“Come here!” the voice cried. It was followed by heavy thudding. It swiftly grew louder, then receded.

Seth rushed to the door and opened it a crack. He saw the golem at the end of the hallway, down where the pantry was. He heard a voice yell out. “Knock down the door! Kill them all!”

Telvar! It had to be the wizard. Seth scanned the hall, but could not see anyone. Either he was around the corner or—he was invisible!

That isn’t good. If this wizard could make himself invisible, then he was far more experienced than Glo. In a straight out duel, Telvar would easily kill him. Their only chance was to take this wizard by surprise. Luckily, surprise was Seth’s specialty.

Bang! The sound reverberated down the hall.

The golem’s trying to break into the pantry! Seth had to hurry. He pulled out a grey cloak from his pack and swiftly wrapped it around him. The color was close to the walls of the keep, and would help him blend into the background.

Bang! There was the sound again.

The door will not hold long. Seth crept out into the hall and down toward the pantry. The banging continued, now accompanied by the cracking of wood.

Seth strained his ears, hoping to hear the wizard’s voice again. If I can just pinpoint Telvar’s location…

The wizard was definitely nearby. Hopefully he would remain focused on the golem, but Seth had to be careful. He would only get one chance at this, and he needed to make it count.

Seth reached the corner. The golem stood in front of the pantry door, hammering away at it. It was a mindless creature and would strictly follow its master’s commands. Seth halted, straining his ears for any sign of the wizard.

The golem smashed through the upper part of the pantry door. Seth heard Titan’s voice from inside. “Go, Lloyd! I’ll hold him off until you get down.”

Then a disembodied voice screamed right in front of him, “Kill them all!”

Got him! Venom dagger already in his hand, Seth inched forward. He needed to be within quick stabbing distance to be sure.

He heard Titan yell. “Go, Lloyd! I’ll hold it off until you get down.”

“But Titan…” He heard Lloyd protest.

There was a momentary pause and then Titan yelled, “Now go!”

Seth tried his best to remain detached, but it was difficult. These were the first friends he had in, well, ever. The stone golem kicked in the bottom of the door. Wood went flying everywhere. He chanced a quick peek inside and saw Titan, shield up in front of her, mace in her other hand.

The golem inserted its bulk into the doorway and blocked his view. Seth wrenched his eyes away and listened again for the wizard.

Where was he? He forced himself to ignore the crashing and banging coming from the pantry. There! He could hear heaving breathing right in front of him.

A loud clang resounded in the pantry. That sounded like stone on metal! A cold chill ran up Seth’s spine.

A second clang came from the pantry, and then all sounds stopped. Telvar’s voice screamed out—right in front of him, “Don’t let them escape! Go after them! Down the basement! Kill them all!”

Seth had caught a glimpse of Telvar when he burst in on them in the lab. He estimated the mage to be about five and a half feet tall. With that in mind, he guessed where his heart should be. Bracing himself, he stabbed at an upward angle as hard as he could.

He was rewarded with the feeling of his dagger sliding into something. That was followed by a shrill scream. Seth ignored the cry and invoked the dagger’s magic with a single word, “Venenum.” 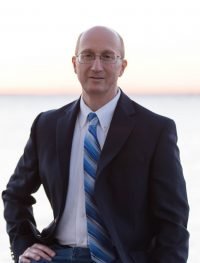 About the Author
F.P. Spirit has always loved fantasy. From the moment he received his very first copy of Lord of the Rings back in high school, he was hooked. Today, somewhere between work and family, F. P. manages to write young adult sword and sorcery fiction. His series, Heroes of Ravenford, chronicles the adventures of a young band of misfits in the dangerous world of Thac. The last book in the series, The Baron’s Heart, is due out this fall.