Welcome to the blog tour for the SERAPHINA SERIES, a new adult paranormal romance series, by Sheena Hutchinson. See below for information on all three books in the series, an exclusive excerpt from SERAPHINA’S VENGEANCE, book 3 in the series, and details on her giveaway. 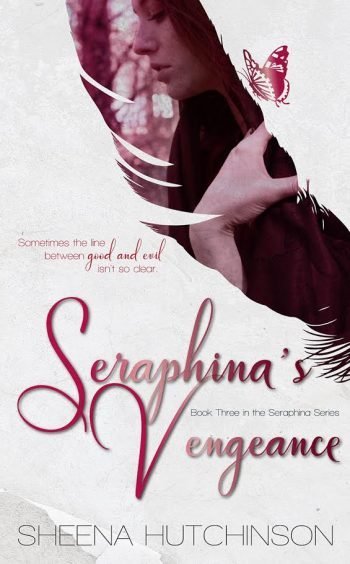 Synopsis
One year ago, Seraphina’s entire world seemed to have dived into a mythical land over night. She’s somehow even gotten used to the madness of it all. But what happens when the craziness stops? Things become quiet… too quiet.

She should have known better, Sera should have known that things weren’t as quiet as they seemed. After one of the best nights of her life, Sera is forced into this treacherous journey to save one of her loved ones.

But following the path of evil begins to take its toll on Sera. As she struggles with her own internal dilemmas, Nate starts to take matters into his own hands. When this unseen world finally begins to affect Sera’s emotions and her relationship. Can she hold it together to save her loved ones? Will love conquer all? Or will it turn her evil… forever?
. 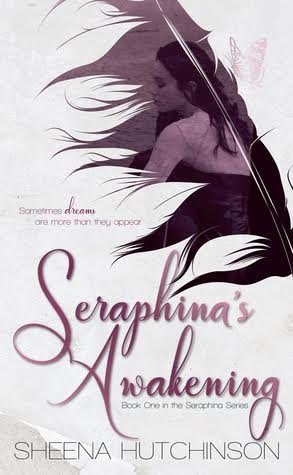 Synopsis
For as long as she can remember, Seraphina Cross has experienced these visions that made her feel like there was more to life. It wasn’t until one moment, one accident that her life changed forever.

She awakens the next day a new person in more ways than one. With no recollection of past night’s events, she’s forced to adapt to certain sensations she is experiencing all while trying to piece together what exactly happened to her that fateful night.

Her strange, hectic life doesn’t seem to make sense until she meets a handsome stranger. Only then does the puzzle finally piece itself together. What she doesn’t expect is the new powers she has developed attracting all kinds of unwanted attention.

Thrown into a world she never truly believed existed she is forced to come to grips with who she is becoming while staying out of trouble long enough to figure out what needs to be done to fulfill her destiny. 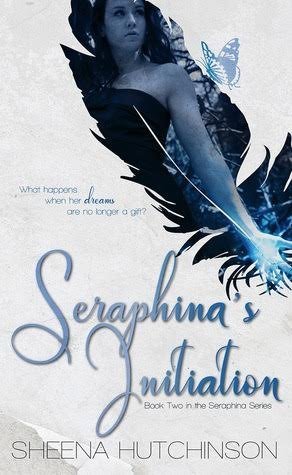 Synopsis
The much anticipated second book in The Seraphina Series:

Seraphina Cross is unexpectedly thrown into this crazy, spiritual world of Angels versus Demons.

Never did she expect to meet Nate who was just a figment of her imagination. Now she finds herself moving in with him because of her innate responsibility to protect her loved ones from harm.

Finally beginning to feel at home in her new house and with her new relationship. Nate begins training Sera in all that she can do, surprising even himself at times.Just when she is starting to feel safe and powerful, Lucifer finds a new way to attack her at her most vulnerable.

When her dreams are no longer a gift, can Sera control the powers needed to defeat what’s coming before Lucifer fulfills his promise to her?

The road winds once more and she allows her mind to bend as well. Sera. God how long has it been since she’s seen her? For as long as she can remember she has seen her every single day and now it’s been an entire year since she’s set eyes on her. Ever since that day she showed up in her house in the middle of the night she’s been afraid for her best friend. Things are worse than she led her to believe. She can always tell when Sera is lying to her. She always has some bogus story about backpacking through Europe or some crap her parents may believe, but not her. Suddenly, she gasps. A black cat dashes across the road in front of her before disappearing into the woods on the other side.

Keep an eye out for omens.

The words echo through her as she feels a bead of sweat drip down her spine. She shivers and shakes her head to recover from it. No, she is not going to allow herself to think about that, not now. Not when she’s finally going to see her best friend again. She wants to confront her. She plans to get Sera to spill her guts to her. She’s finally going to talk about the day in the mall when she looked like she saw a ghost and then drove back to the psychic. She went back there and spoke to that ‘Amazing Anna.’ Even though she refused to tell her anything about Sera. The psychic did choose to tell her some things. She said Amanda would be safer staying away. Apparently, she’s not that good of a psychic otherwise she would’ve known that would never happen. Anna did tell her that her life would have great meaning, what ever that means. Her life would be a turning point, but the way she said it made her believe it wouldn’t be for her. She never touched on her future like most. That was all she said before she ushered her out telling her to stay away from Seraphina. That my best friend has to overcome some things before and to not get involved, she can still hear her soft voice to warn her. That was over a year ago. She hoped that was enough time because she can’t stand it any longer.

“Oh crap,” Amanda mutters to herself before she veers the car around sharply, almost missing the turn down the gravel road. “This place is in the middle of nowhere,” she scoffs tossing the invitation into the back seat of her little black sedan. A sigh escapes her as she tries to calm the butterflies in her stomach. Just follow the road. The back of the card said. Her mind wanders then, what if she’s changed? What if she has other Angel friends now? No, this is Sera we are talking about. Her Sera. Her best friend in the entire planet… or is she? Ever since she’s met this Nate character she hasn’t exactly been her Sera anymore. She’s been his.

The trees finally break and the picture before her makes her suck in a breath. It looks like something out of Lumber Jack Times. Holy Crap! The log cabin of all log cabins stands before her. So, while she’s been stuck working at the office alone working over time to nab some extra cash, Sera has been cooped up with some smoking hot Angel in this gorgeous cabin. Life just isn’t fair.

She slips out of the car and slams the door behind her. Definitely not fair, Amanda thinks as her eyes scan the vast lawn and forest before her. The only thing that echoes in her mind:

Keep an eye out for omens.

The black cat flashes through her mind again. It came out of nowhere and just ran straight across the road like it didn’t even care about the car. The last sentence the Amazing Anna ever said to her kept her up for days. It haunts her dreams and she didn’t have the heart to tell Sera with all that has been going on. She likes to keep their phone conversations to an upbeat level because sometimes she can hear the worry and self doubt in her voice sometimes. It’s a sentence that doesn’t make any sense to her. There is no way it’s humanly possible, but as she’s recently learned sometimes things go beyond what is humanly possible. The last sentence the psychic said to her was:

Beware of the black eyes.

About the Author
Sheena is a born and raised New Yorker, even her writing can’t seem to hide her hard sarcasm. She claims destiny has lead her back to her true passion for writing.

She constantly strives to be a positive role model and writes stories that empower and inspire. Sheena always roots for the underdog, believes in love at first sight, and that everyone should have their happily ever after.

While God is currently still writing her love story, she continues to put all her effort into her writing as she is constantly getting new inspiration.