Welcome to the blog tour for THE GATHERING, the first book in the adult dystopian adventure series, The Uprising, by Bernadette Giacomazzo. See below for information on the book, buy links, an exclusive excerpt, and details on her giveaway. 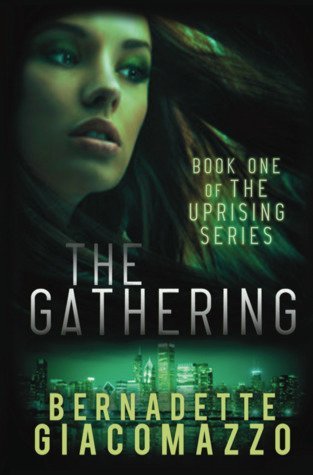 THE GATHERING (The Uprising #1) by Bernadette Giacomazzo

Synopsis
The Uprising Series tells the story of three freedom fighters and their friends in high — and low — places that come together to overthrow a vainglorious Emperor and his militaristic Cabal to restore the city, and the way of life, they once knew and loved.

In The Gathering, Jamie Ryan has defected from the Cabal and has joined his former brothers-in-arms — Basile Perrinault and Kanoa Shinomura — to form a collective known as The Uprising. When an explosion leads to him crossing paths with Evanora Cunningham — a product of Jamie’s past — he discovers that The Uprising is bigger, and more important, than he thought.

For as long as I can remember, I have wanted to be the center of attention.

I had it before. And I have it again, now.

But for entirely different reasons.

My nearest and dearest call me Jamie.

My father, who is (well, now, was) not amongst my nearest and dearest, called me Jimmy. I hate that nickname, and when he died, I thanked every God in Heaven that I never had to hear it again. I wish I could say I otherwise missed the old man, but, unfortunately, I would be lying to you.

And I wouldn’t lie to you.

Not these days. And not about that.

But when I was onstage, I was known as Ivan Sapphire – glam rock god, sex symbol, pussy connoisseur, Dionysus in leather pants, Jesus Christ in sunglasses, High Priest of the Bacchanalia, Son of a Bitch of a Preacher Man.

I was all those things, and more.

I was the lead singer of a band called Faust.

We – myself, William Lynn on guitar, Jordan Barker on bass, and the Reverend Tom Newman (yes, he really was an ordained minister – granted, he got ordained online, but that’s just as valid of an ordainment as any other) on drums – played a balls-to-the-wall, blistering brand of rock’n’roll that earned us accolades, fans, fame, and a lot of money.

New York City was, at first, just our home. When Faust first started playing together, it became our playground. And by the time our careers were in full swing, New York City was ours for the taking.

Like any other band, we paid our dues in the beginning: playing Tuesday night open mics in dive bars with no name, getting tossed a $20 to split four ways at the end of the night, having to slog it out at a job the next day while nursing a Pabst Blue Ribbon-induced hangover – a job that we didn’t want to be in, in the first place, because we were on the fast track to rock stardom, even if only in our own minds.

I remember the night that all changed, though. I see it clearly in my mind, as though it all happened last night.

It was a Friday night at the legendary CBGB. We were opening for a pretentious, shoe-gazing hipster rock band. I wish I could remember their name…Ars Poetica, I think it was.

But it doesn’t really matter now.

At that time in New York City rock’n’roll history, our brand of music had gone out of fashion. Gone were the days of leather-clad lesser rock gods and their songs of hedonistic excess – in our place were unshaven, unkempt navel-gazers who sang music to slit your wrists by. This was the soundtrack to your Prozac-induced manic-depressive state, kids – 50% less pussy, 100% more bitching and moaning!

We opened for Ars Poetica because Hilly – the legendary owner of CBGB – wanted to give us a fair shot, but knew that most people were there for Ars Poetica. He figured, with all things being equal, he’d be able to earn us a few extra fans if we had a chance to get in front of their crowd.

He told us that, of the hundreds that paid the $25, with a two-drink minimum, we’d be able to get a few new converts.

If we got lucky.

He kept insisting that we should remain optimistic, but realistic.

And if we did well, he promised, we would be able to have a headlining show on a Friday night; prime real estate for a New York City rock band to obtain, at that time.

And take home $100 to split between the four of us as a consolation prize.

May he forever rock’n’roll in the afterlife.

The night came, and we stood before the crowd – wall-to-wall people, as far as the eye could see. The faces all seemed to blend into one another – men and women, black and white and every shade of tan in between, long hair and short hair in every color of the rainbow.

It was the finest representation of the old New York that so many people had come to know and love. The great American melting pot. The rock’n’roll dream come true – the music serving as the great unifier of people from the world over, and our performance, a communion of souls. Take, and eat – for it is my body of work, and it will be given up for you.

I remember feeling so nervous. I remember standing up on that stage – that filthy, piss-ridden stage that felt like it would collapse under my feet any minute – with Willie, Jordan, and Tom – my three brothers-in-arms – and looking out into the crowd to find a friendly face.

Although it didn’t happen often, if I ever got onstage and found myself feeling nervous at the prospect of performing for a maddening crowd, I would often look out into the audience and find a friendly face to sing to for most of the night. Sometimes it worked – just as many times, it didn’t – but either way, it would end with me ending up with Mrs. Right Now, with her pretty little skirt – often two sizes too tight – torn off and tossed in the back of our van and her shirt around her ears, followed by proclamations of eternal (or, at least until one or both of us got off) love, heavy panting and sweating, and various bodily fluids splattered to the walls, the floor, the seat cushions…anything that was within arm’s reach, really.

Paradise by the dashboard light, as the old song goes.

And who wouldn’t be, really, in the same circumstances? You mean to tell me that any straight, red-blooded American man who has been granted access to every size, shape, and flavor of pussy on the island of Manhattan will think of being a monk?

And if there’s one universal truth about musicians in general – and lead singers in particular – it’s that we get into the business of music for one reason: pussy. The fame is nice, if you can get it – the money is definitely nice, if you can get it – but we get it all because, at the end of the day, we want prime-cut tenderloin pussy, and that, you can definitely get.

But that night, the friendly face I locked onto would rock my world in a way no one had ever done before.

I knew, from the minute I laid eyes on her, that I would never want anyone else ever again.

And I never did.

Seeing her inspired me to play like I’d never played before.

Oh, we were never terrible – in fact, left to our own devices, we were incendiary – but that night, we played as though the world was burning down around us. We sang the soundtrack to the apocalypse, caterwauling and squealing and throbbing and pounding our way through the lyrics and music as if it was our last night on Earth.

New York City was a big, beautiful bitch, and she was ours for the fucking.

And we fucked her but good – hard, long, slow, all night long, and we were all left panting and sweating thereafter.

We tried to set the night on fire.

And we succeeded by orders of magnitude.

And by the end of our set, we not only had the audience leaving CBGB with us – leaving barely anyone behind for Ars Poetica, those poor, navel-gazing, wrist-slitting fucking Brooklyn hipster pieces of shit – but I had Angelique’s number in my phone.

Angelique gave me her virginity after that show.

And thus, began our rocket ride to the top.

The press started to come out in droves to our shows after that first fateful headlining show. Article after article, and photo after photo, came out to tell all of New York City about us. We played every envied stage on the island of Manhattan: CBGB, The Continental, Arlene Grocery, The Bowery Ballroom, Mercury Lounge, Joe’s Pub, and The Bitter End.

Once, twice, three times around the island, and back again for more.

The Pirates of Happenstance. The High Priests of Chaos. The Lords of Misrule.

We sold our souls to rock’n’roll, and our bodies to the New York City rock scene.

They lavished us with every accolade they could imagine, and even some we’d never heard before: Willie and I were the New Millennial Glimmer Twins – Batman and Robin with Les Pauls – Genghis Khans on a savage panty raid. As a collective, we were known as the four horsemen of the rock apocalypse, effectively rendering every other genre of music in New York City completely redundant. We were the best rock band in captivity – the buck-skinned prophets of a dying brand of cock-rock, fueled by illegal drugs and cheap beer and late nights and early mornings and starving ourselves for days on end (sometimes because we weren’t hungry, other times because there was nothing to eat, and still other times because illicit drugs are a hell of an appetite suppressant…).

We were equal parts savages, sinners, saviors and saints.

We were all those things, and more.

It was all said, written, blogged about and photographed, documented for all of prosperity and placed in a time capsule for history to be the judge.

Let history be the judge of us, and condemn us to a life of Hell, because we experienced Heaven on Earth.

The whole thing started with rock’n’roll, and then it was all out of control.

And it was all true. 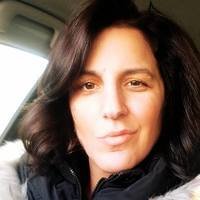 About The Author
With an impressive list of credentials earned over the course of two decades, Bernadette R. Giacomazzo is a multi-hyphenate in the truest sense of the word: an editor, writer, photographer, publicist, and digital marketing specialist who has demonstrated an uncanny ability to thrive in each industry with equal aplomb. Her work has been featured in Teen Vogue, People, Us Weekly, The Los Angeles Times, The New York Post, and many, many more. She served as the news editor of Go! NYC Magazine for nearly a decade, the executive editor of LatinTRENDS Magazine for five years, the eye candy editor of XXL Magazine for two years, and the editor-at-large at iOne/Zona de Sabor for two years. As a publicist, she has worked with the likes of Curtis “50 Cent” Jackson and his G-Unit record label, rapper Kool G. Rap, and various photographers, artists, and models. As a digital marketing specialist, Bernadette is Google Adwords certified, has an advanced knowledge of SEO, PPC, link-building, and other digital marketing techniques, and has worked for a variety of clients in the legal, medical, and real estate industries.

Based in New York City, Bernadette is the co-author of Swimming with Sharks: A Real World, How-To Guide to Success (and Failure) in the Business of Music (for the 21st Century), and the author of the forthcoming dystopian fiction series, The Uprising. She also contributed a story to the upcoming Beyonce Knowles tribute anthology, The King Bey Bible, which will be available in bookstores nationwide in the summer of 2018..