Welcome to the blog tour for THE HEARTBEAT HYPOTHESIS, a new adult contemporary romance series, by Lindsey Frydman. See below for information on the book, buy links, an exclusive excerpt, and details on her giveaway. 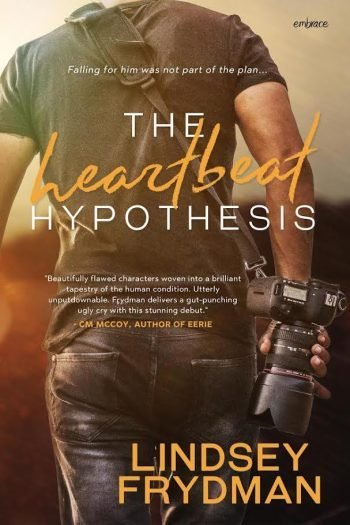 THE HEARTBEAT HYPOTHESIS by Lindsey Frydman

Synopsis
Audra Madison simply wanted to walk in the shoes of Emily Cavanaugh, a free-spirited teenager who died too young. After all, Audra wasn’t supposed to be here.

Thanks to Emily, Audra has a second chance at life. She’s doing all the things that seemed impossible just two years ago: Go to college. Date. Stargaze in the Rocky Mountains. Maybe get a tattoo. You know, live.

Jake Cavanaugh, a photographer with mysterious, brooding gray eyes, agrees to help chronicle her newfound experiences. She makes him laugh, one of the only people who can these days. As they delve into each other’s pasts – and secrets – the closer they become.

But she’s guarded and feels like she can’t trust anyone, including herself.

And he’s struggling with the fact that his beloved sister’s heart beats inside her.. 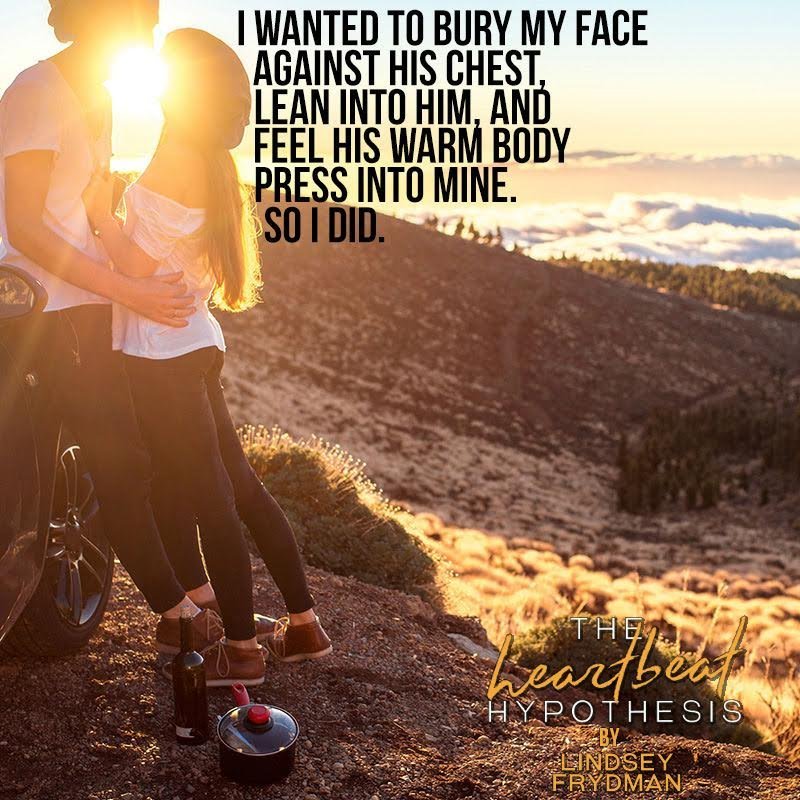 Excerpt #2
I pulled out my phone and set it on the table. Sixty daunting seconds later, I’d found Emily’s page and twisted the display so he could see.

Jake tapped on the phone, scrolling for only a moment before removing his finger and looking at me. “Why would you think these are mine?”

“Most of them share the same hashtag: my favorite photographer Jake. That’s you. Right?”

He returned his attention to the phone, this time picking it up, interest lighting his face. “Oh. Yeah, I took these. There’s so many damn hashtags, I didn’t even see my name.”

His gaze lifted, along with the corners of his lips. “A what?”

“According to her, she never understood why people made lists of the things they were going to do, so she made a page dedicated to all the things she did do.”

Now that is a smile. “Well, it’s inspired me to start my own done-it list, but I want to start by re-creating her list.”

Jake set the phone down and slid it across the table. “Re-create it?”

“Yes. Like this one…” I scrolled until I found the photograph. “She threw glow sticks in a pool and went swimming.” I assumed he remembered, since he’d been behind the camera. “I’m going to do that, then put it on my own done-it Tumblr list. Emily only had sixteen done-its, so I plan on redoing all of them.”

After taking a slow sip of coffee, he leaned forward like he was going to share a secret. “Can I make a suggestion?”

I winced, instilled with a burning desire to flee from the coffee shop. There I was, alive and well—with a perfectly functioning heart—and Emily lay six feet under, dead and gone. Jake probably thought—

“You should name it something else,” he said. “Done-its sounds like Cheez-Its, and that’s a little weird, don’t you think? Don’t get me wrong, kudos to my sister for the idea, but uh, she could’ve been more original with the name.” His smile grew, crooked and adorable.

Relief washed over me, and I smiled, too. “I agree done-it is unoriginal, but I can’t think of anything better that isn’t also weirder. Can you?”

With a considering expression, Jake leaned back in the booth, and while he thought, I took a sip of my coffee and cream mixture.

“See. Not as easy as it sounds.” I laughed, warming my fingers around the mug.

Jake chuckled, shaking his head. “Guess I’ll have to get back to you on that one. But where do I come into this?”

I let go of the ceramic and splayed my hands across the tabletop. “I want you to photograph my…poorly named list.” 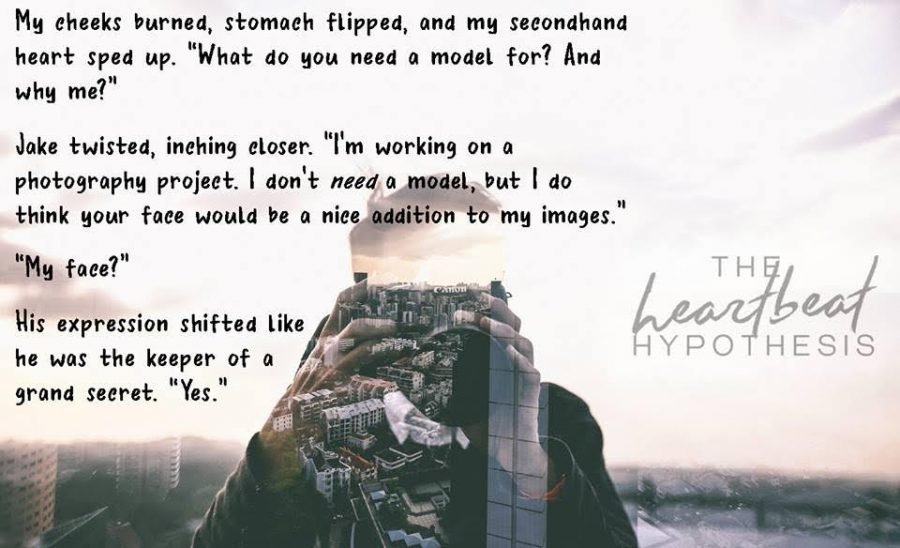 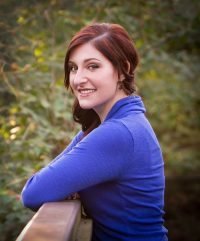 About Nana Malone
Lindsey has been writing since she was nine years old, when she discovered the awesomeness that is Harriet the Spy. Her books always include a romance, though sometimes there’s an added sci-fi or magical realism twist.

She lives in Columbus, Ohio (where the weather is never quite right). Her BFA in Photography and Graphic Design has granted her a wide assortment of creative knowledge that serves as inspiration (and not much else). When she’s not crafting YA and NA stories, you’ll likely find her spending waaay too much time on Pinterest, playing a video game, singing show-tunes, or performing in a burlesque show—because she enjoys giving her introversion a worthy adversary. (Plus, it’s the closest to Broadway she’ll ever get.)

Lindsey was a proud 2016 Pitch Wars Mentee and thoroughly adores being a part of the wonderful writing community. THE HEARTBEAT HYPOTHESIS is her debut novel.