Welcome to the blog tour for THE IMPOSSIBLE VASTNESS OF US, a stand-alone young adult contemporary romance, by New York Times, USA Today, and Wall Street Journal bestselling author, Samantha Young. See below for information the book, pre-order links, an exclusive excerpt, and details on her giveaway. 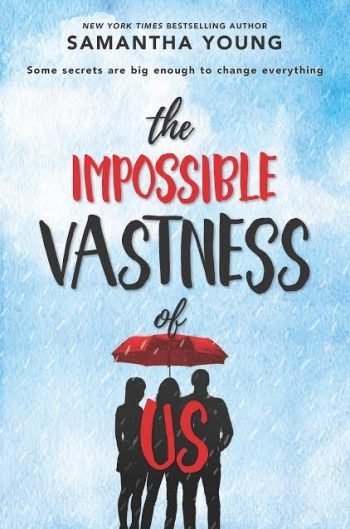 THE IMPOSSIBLE VASTNESS OF US by Samantha Young

Synopsis
“I know how to watch my back. I’m the only one that ever has.”

India Maxwell hasn’t just moved across the country—she’s plummeted to the bottom rung of the social ladder. It’s taken years to cover the mess of her home life with a veneer of popularity. Now she’s living in one of Boston’s wealthiest neighborhoods with her mom’s fiancé and his daughter, Eloise. Thanks to her soon-to-be stepsister’s clique of friends, including Eloise’s gorgeous, arrogant boyfriend Finn, India feels like the one thing she hoped never to be seen as again: trash.

But India’s not alone in struggling to control the secrets of her past. Eloise and Finn, the school’s golden couple, aren’t all they seem to be. In fact, everyone’s life is infinitely more complex than it first appears. And as India grows closer to Finn and befriends Eloise, threatening the facades that hold them together, what’s left are truths that are brutal, beautiful, and big enough to change them forever… 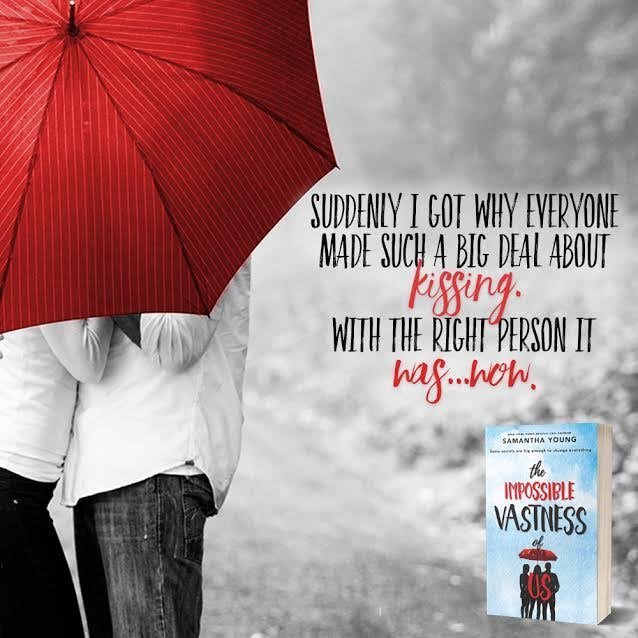 Excerpt #1
“This is Jay,” I said, crossing my arms over my chest in defiance at the stern look on her face.

I hated when she acted like she gave a crap.

“I don’t care who he is.” Hayley tried to fry his ass with her eyes. “You can leave.”

Jay stared back at her with as much defiance as I did, making me like him more. He turned to me and pressed a slow, intimate kiss to the corner of my mouth. “See you at school, babe.”

He laughed at the mischief in my eyes.

I waited until he’d brushed by Hayley without a word and I heard the front door close behind him. “Nice. Thanks.”

Hayley’s dark eyes narrowed into slits. “Don’t talk to me like that. I’m tired, it’s been a long day and now I come home and find my daughter being mauled by some walking hormone. Am I supposed to be happy that you’re dating some guy who looks like he’s seen the inside of prison more than once?”

“Oh, well, then, why am I so upset?” She threw her hands up in exasperation.

She flinched, like she always flinched when I called her by her name (so she flinched a lot). “Don’t ‘Hayley’ me. I have a right to be upset about this.”

“Don’t be. I’m not serious about him. And I’m not getting pregnant. Anyway, you’re home early.”

“They put me on a shorter flight.” She dumped her purse on the couch as she moved farther into the room. “We’ll discuss Jay later. I need to tell you something.”

She stared pensively at me for a few seconds before finally taking a seat by my side. “I’ve met someone.”

Scrutinizing me for a reaction and getting none, Hayley smiled reassuringly. “He’s wonderful. His name is Theo and he has a daughter who’s actually your age. He lives in Boston. We met on one of my flights out there.”

My stomach churned. “How long?”

“I knew something was going on,” I muttered.

“I’m sorry I kept it from you for so long… I just wanted to make sure it was real between us.”

“Very much so. We’ve fallen in love.”

“I stay with him when I fly out there. I see him as often as possible.”

I snorted. “And you think he’s faithful all the times you’re not around?”

“Don’t.” She cut a hand through the air. “Those are your trust issues, India. Not mine.”

My blood boiled with indignation. She was completely naïve if she thought for one second this guy wasn’t’ a loser. She had chosen badly before, after all. I had a right to the dread that was making me feel sick.

“I just wanted to give you a heads-up that it’s serious.”

“What does that even mean?”

“It means that if this is going where I think it’s going, then that might mean a big life change for us.”

I stared at her in horror.

Hayley sighed wearily at the expression I wasn’t even trying to conceal. “I’m going to make a cup of tea. I’m tired so we’ll talk about Jay another time.” She turned but then stopped to stare at me sadly. “Thanks for being so happy for me, by the way.”

That didn’t even deserve a response.

There was a time Hayley couldn’t give a damn about my happiness. I felt it only fair that I feel apathetic now about hers. 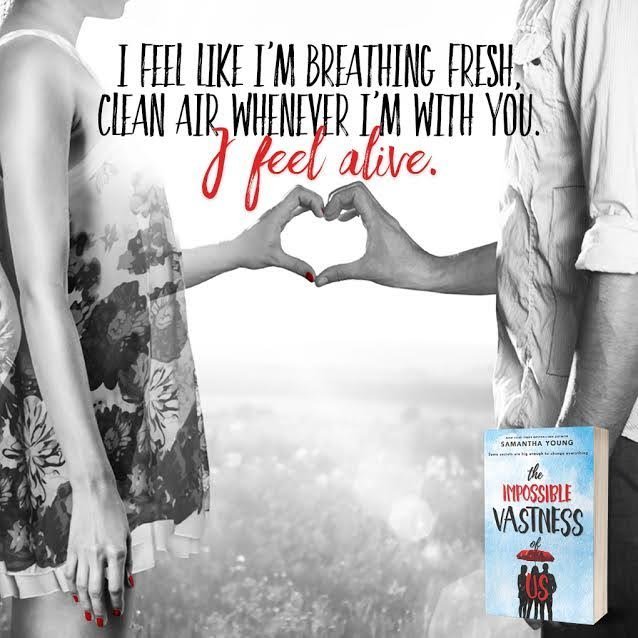 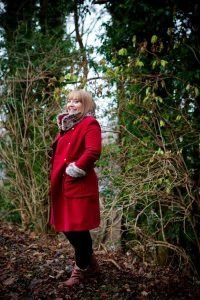 About the Author
Samantha Young is the New York Times,  USA Today  and Wall Street Journal bestselling author of adult contemporary romances, including the On Dublin Street series and Hero, as well as the New Adult duology Into the Deep and Out of the Shallows.  Every Little Thing, the second book in her new Hart’s Boardwalk series, will be published by Berkley in March 2017. Before turning to contemporary fiction, she wrote several young adult paranormal and fantasy series, including the amazon bestselling Tale of Lunarmorte trilogy. Samantha’s debut YA contemporary novel The Impossible Vastness of Us will be published by Harlequin TEEN in ebook & hardback June 2017.

Samantha is currently published in 30 countries and is a #1 international bestselling author..