Welcome to the blog tour for THE JACK, the second book in the young adult paranormal romance series, The Immortal, by M.K. Harkins. See below for information on the book and series, buy links, an exclusive excerpt, and details on her giveaway. 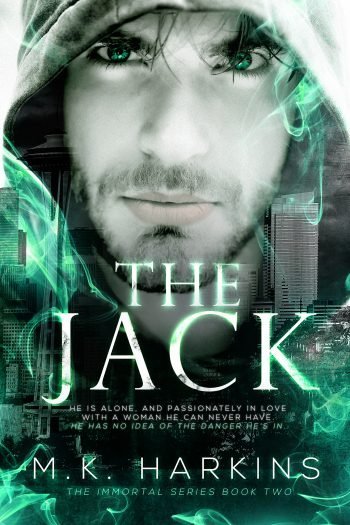 THE JACK (The Immortal Series #2) by M.K. Harkins

Synopsis
What matters more to Archer: saving the woman he loves but can never have, protecting humanity, or avoiding a prison sentence that would stretch for eternity?

Archer is a half breed, caught between two opposing heritages – the Jacks, a bloodthirsty race who kills for sport, and the Readers, a docile race trying to save humankind. Two years ago, he betrayed the Readers, though, in a last-minute change of heart, saved them from ultimate destruction. But now he’s all alone, wallowing in unrequited love.

Sadie is an Immortal Seer with a dangerous calling: she must hunt down and destroy the last of the vengeful Jacks. But her quirky humor and gentle spirit make her an unlikely fit for the job.

Archer is drawn to Sadie’s pure, kindhearted nature, rekindling hope he might not have to live a solitary life, but he has no idea the danger he’s in.

When fate forces the mortal enemies to work together, Sadie must determine which side Archer is on, how much of his charm is real, and if she should follow through with her directive: should she kill him or save him?. 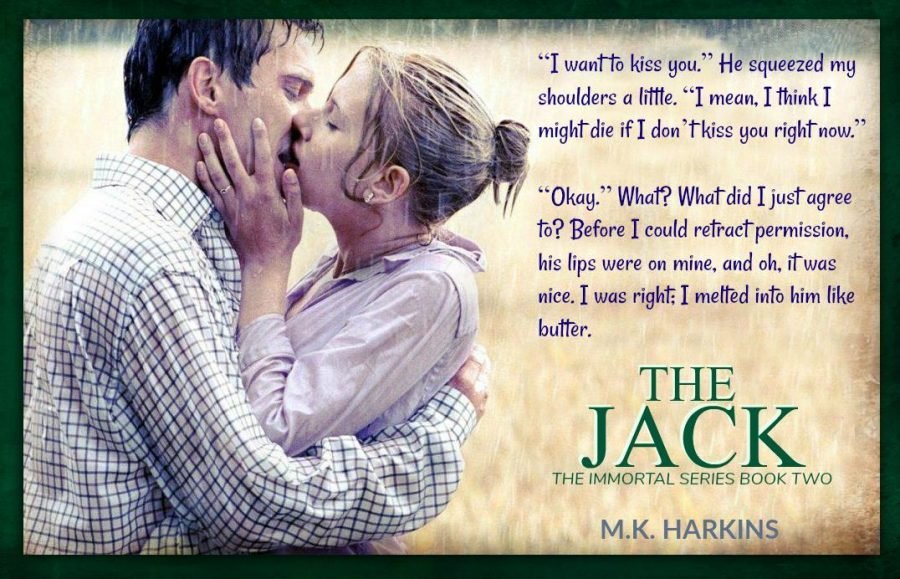 Excerpt #1
I should be dead.

Pain shot through me like an ice pick thrust into my heart. I lowered my head and squeezed my eyes shut. God, the rejection was as physical as it could get.

Why didn’t I stay in Samara and get blown to bits with the other Jacks?

“Are you okay?” A girl’s voice cut through layers of fog that had wrapped its cold fingers around my brain.

How long had I been sitting on the bench this time, staring at the ocean? Correction. Staring at Ann, not even aware someone was sitting right next to me.

I shot the girl beside me a quick glance. Pretty. Eighteen or so. A blonde-haired, blue-eyed beauty. Most guys would sit up and take notice. The only girl I could see, or would ever want to, was a hundred yards away. With her husband, who happened to be my cousin and former best friend.

I hated him almost as much as I loved her.

Whatever. I pushed down the searing pain and took a deep breath to keep my pounding heart steady. “I like to people-watch. It can be entertaining,” I told her as I turned away from Ann and stared at the ocean. The intruder needed to leave before I snapped.

“Do you know them?” The girl tipped her head toward my obsession.

The words slipped out before I could filter. “I knew a girl like her a long time ago. I loved her deeply.” I should have stopped talking but kept going. “But I made mistakes, and I couldn’t fix them.” What was wrong with me? I’d barely spoken to anyone in two years, and now I was giving this stranger my life story. I shifted my glance toward her. Two clear blue, innocent eyes stared back.

Just a normal girl sitting with me on the bench.

“That’s too bad.” She frowned.

I settled my eyes back on Ann. Her light brown hair danced with the melody of the wind. She laughed as she dipped her son’s toes into the lapping waves.

“Did you ever try to make things right?” the girl asked.

“I sacrificed my happiness for hers.” And handed her right over to Devon. “Painful, but worth it.” My thoughts drifted back to the night of the explosion. “I saved her life, but she also saved mine.”

The girl placed her hand over her heart. “Oh, that’s so romantic.”

I stifled an eye roll. It wasn’t romantic. I’d lost Ann forever. Misery rippled through me like the waves crashing to the shore. A mortal would never understand. They were all the same. So simplistic.

“Will you see her again?”

“No,” I said while staring directly at Ann.

I forced my gaze away from Ann to the stranger’s ice-blue eyes. Such an unusual color. “Yeah?”

“I understand what it’s like. You know, being alone.”

I almost laughed. I wanted to ask, Oh, you do? You know what it’s like to be living with people for thousands of years yet feel completely alone? To form friendships knowing there would be a day you’d have to make a choice that may betray them? To trust your mother only to find out she was an imposter? To finally fall in love, have it change everything, then lose her at the last moment? 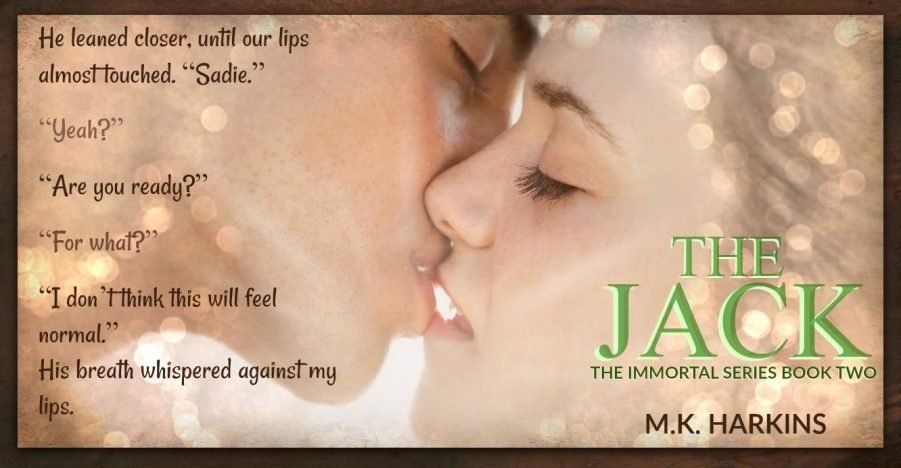 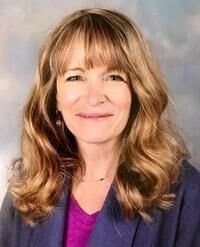 About the Author
MK has always been a voracious reader. After hitting a dry spell of reading material, she decided to write the kind of book she’d like to read. This resulted in the creation of her debut novel, Intentional. (Award for Best Sweet Romance – eFestival of Words- August 2014)

Unintentional, her second book, is based on the life of one of the characters in Intentional. Unintentional was written as a stand-alone book.

Breaking Braydon and Taking Tiffany have both been released. Available on Amazon.

When she’s not writing novels, she likes to spend her free time traveling the world, splashing in mud puddles (She lives in Seattle, what can she say?), watching movies and reading (!)

MK also runs her own business in her current hometown of Mercer Island, Washington.