Welcome to the blog tour for WOODHOUSE HALL, a stand-alone adult contemporary chick lit, by Sara Marks, releasing October 28, 2019. See below for information on the book, preorder links, an exclusive excerpt, and details on her giveaway. 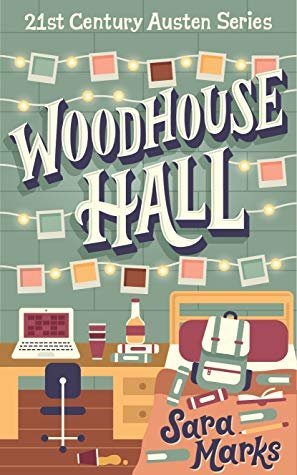 Synopsis
Amelia is stuck in the worst dorm on campus for a whole year!  She’ll have to make the best of it in Woodhouse Hall and her roommate Jenna will be her new best friend, Amelia’s sure of that.  Jenna’s sweet personality and openness to new things incite the matchmaking-genius in Amelia to find the perfect boyfriend for her new bestie. She shoots high by attempting to entice Eric, the President of the Student Government, to fall for her roommate. Amelia’s past success makes her confident they will be a couple in no time. When that turns out to be a disaster, she is forced to face the lies she’s told herself about her strengths and her assumptions about the people she loves. Over the year, Amelia learns who she is, what she wants, and how to fight for what’s really important.

This novel, inspired by Jane Austen’s Emma, will have you laughing, crying, and finding a little of yourself in one or all of the characters.

Excerpt #1
“Woodhouse Hall isn’t that popular, is it?” Jenna asked me.

She hadn’t been in the room long; her unpacked bags were sitting on the floor, her bed was unmade, and her laptop was on the desk, still in the box. Her parents had left us alone while they moved the car to a parking lot. They planned to come back, help Jenna unpack, and then treat us to lunch. I already liked Jenna more than I expected and wanted to hang out with her.

“I could only get a room here. I picked Lacock State practically at the last minute. Did you live here as a freshman?” Jenna said nodding.

“I was in the Honors Program Dorm.”

“Why didn’t you get a room there this year?”

I took my time answering this.

“I was going to get an apartment with my best friend Gwen, but she decided to move in with her boyfriend, Steve, before we picked a place. By then, Woodhouse was the only dorm left with an open bed.”

That wasn’t the complete story. I had set up Gwen and Steve a year ago because I knew they would be perfect together. Last May, when most people picked their dorms, she and I decided to share an apartment. We hadn’t been in a rush, coming out during the summer to look at different options. I began to panic when she dropped the bomb. Steve had asked her to move in with him too, and they had found a one-bedroom apartment about a mile away from campus. This is my own fault for being so good at playing matchmaker. I couldn’t be angry, but the woman in the housing office laughed at me when I called, desperate for a place to live. This was how Adam saved my butt. He got them to give me this room with Jenna since her original roommate had decided to go to another college. Adam knew exactly when the room opened as the floor’s RA. He knew exactly who to be kind to in the Housing Office. He’s charming when he wants to be. 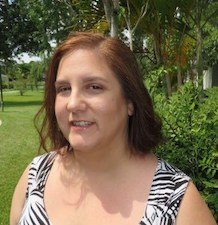 About the Author
Sara Marks is a librarian with two masters degrees and plans to never stop getting over educated.   She likes the idea of having all the academic regalia she can ever possess. She cries at nearly every movie she sees (ask her about when she cried at a horror movie), but it’s full-on weeping for Disney animated movies. She loves reading nearly every genre but likes to write women’s fiction, romance, and even horror. You have to balance out the reality of the world if you’re going to be a hopeless romantic! Her heroines are women who don’t want the expected life, rarely worrying about their age, weight, marriageability, or fertility.