Welcome to the blog tour for HANDLE WITH CARE, the third book in the adult contemporary military romance series, Veteran Movers, by New York Times bestselling author, Marie Harte. See below for information on the book, buy links, and an exclusive excerpt. 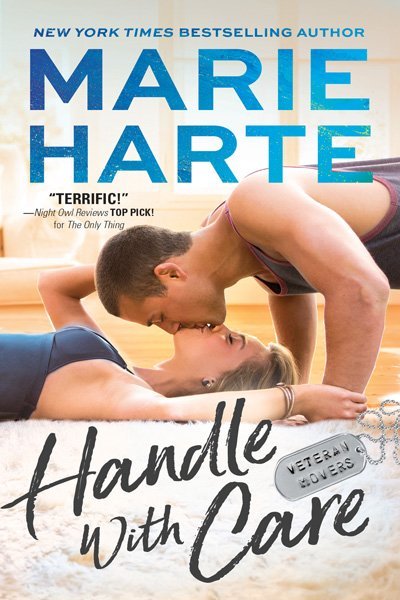 Synopsis
Evan Griffith has had a hell of a day…

And that was before he met the stunning, sexy woman having a meltdown.

Evan Griffith has had many careers in his life. But who knew working for his family’s moving company would hold just as much action as his stint in the Marine Corps? On an unforgettable job, Evan finds himself taken by a teenage conman and confronted by a woman wielding a knife―and promptly falls head over heels for her.

Kenzie Sykes is doing her best to raise her little brother and keep him out of jail―all while dealing with her own broken heart that just hasn’t healed. She doesn’t have time for romance. He’s not asking… Until he is, and she finds herself saying yes.

Excerpt #2
Kenzie stared at the phone, half expecting it to bite her. Had she really said no to a date with Evan? Yes, yes, she had, because she didn’t need complications right now. And the way he made her feel certainly qualified as difficult, perplexing, and chaotic.

She jumped, not having heard her brother return to the living room. “Um, no one.”

“Really? Because it sounded like you were saying no to coffee, and the only guy you’ve talked to about a coffee date was Evan. I was there, remember?”

She didn’t need lectures on honesty from a thirteen-year-old juvenile delinquent. “Shouldn’t you be heading to bed?”

He rolled his eyes in the way only an adolescent could, sneering without sneering. “Admit you like the guy.”

“I admit he was nice. So what? I’ll probably never see him again, unless there’s something you’re not telling me. Did you steal his phone again? Will he be a character witness for the feds when they come to take you away or raid our house for some illegal mess you’ve once again gotten yourself into?”

He flushed. “No. And quit changing the subject.”

“There is no subject. Now go watch TV or something. I have more work to do.”

He stared at her, his brows drawn, then headed back upstairs. She felt bad about chasing him away…for all of three seconds. Her brother loved Netflix, and she really did have work to do. Especially since she’d spent much of the afternoon trying to ignore thoughts of Evan while the girls continued to talk about him.

If only he weren’t so attractive and polite. If only he hadn’t asked her out after she’d already put him in the “must try to forget” pile.

The little demon perched on her shoulder, an amalgamation of Lila and Rachel with its nonstop yammering, whispered: What would really be the harm in going out with him?

She tromped downstairs to her office and fired up her computer. The harm, she thought, would be in getting involved, liking him as a friend. Then a boyfriend. Then dating, having him interact with Daniel. They’d hang at his place, then her place. More and more, until she would grow attached. Then she’d fall in love with him, and he’d leave.

To torture herself a little more, she dug up an old picture of the three of them from happier times, the one she kept hidden in a bottom desk drawer. She tried to see the flaws in her relationship, but the picture only showed a woman and man in love and a young boy ecstatic about going to a fall festival.

Kenzie gripped the frame, wishing she could go back and undo…what? She hadn’t stepped a foot wrong. She’d always put Daniel first, had checked out Bryce before their first date, and thought long and hard on it before living together. Bryce had never been anything but loving and fun—until the end, of course.

Before she could cry, she smacked herself on the arm and laughed, not a little hysterically. Holy crap, Lila’s aversion therapy kind of worked. Because instead of crying, all she could think about was Lila’s silly “Bryce.” Smack. Rinse and repeat.

Kenzie tucked the photo away and, smiling now, concentrated on her work, liking the new idea for their footwear client though still not sold on the walking, talking kale for the organic food business. 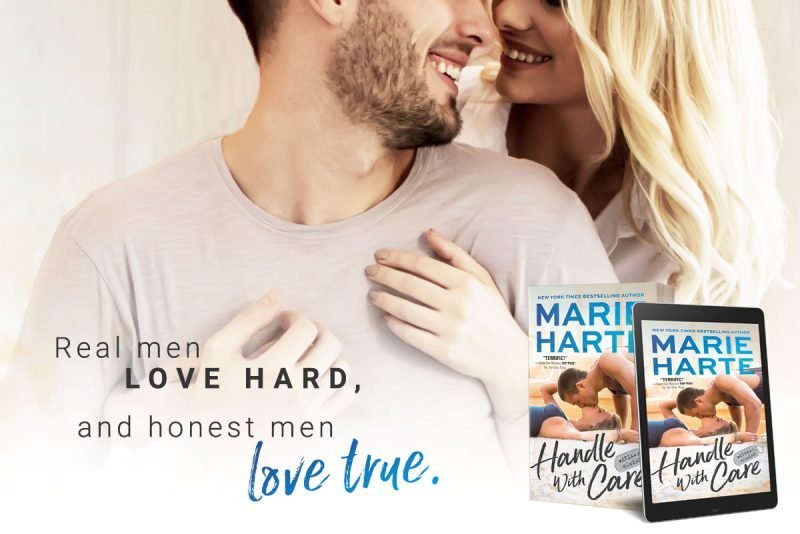 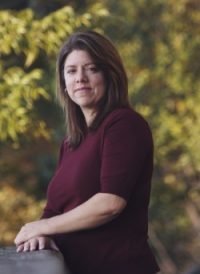 About the Author
Caffeine addict, boy referee, and romance aficionado, New York Times and USA Today bestselling author Marie Harte has over 100 books published with more constantly on the way. She’s a confessed bibliophile and devotee of action movies. Whether hiking in Central Oregon, biking around town, or hanging at the local tea shop, she’s constantly plotting to give everyone a happily ever after. Visit http://marieharte.com and fall in love. 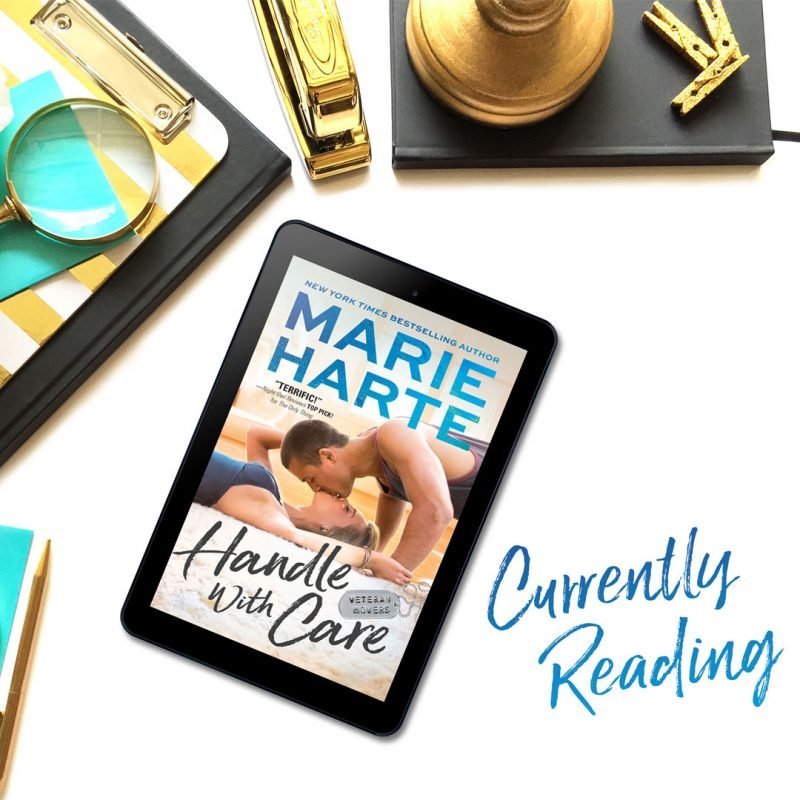