Welcome to the blog tour for IMPOSTOR’S LURE, the eighth book in the adult thriller/romantic mystery series, Sharpe & Donovan, by New York Times bestselling author, Carla Neggers.  See below for information on the book, buy links, and an exclusive excerpt.

Synopsis
Newlyweds Emma and Colin are suspicious when prosecutor Tamara McDermott is a no-show at a Boston dinner party. Matt Yankowski, head of HIT, Emma and Colin’s small, elite Boston-based team, is a friend of Tamara’s, and he needs them to find her.

In London, a woman who was supposed to meet Emma’s art-detective grandfather to talk about forgeries is discovered near death. Her husband, who stayed behind in Boston, has vanished. The couple’s connection to Tamara adds to the puzzle.

As the search for Tamara intensifies, a seemingly unrelated murder leads Emma, Colin and HIT deep into a maze of misdirection created by a clever, lethal criminal who stays one step ahead of them.

As Emma draws on her expertise in art crimes and Colin on his experience as a deep-cover agent, the investigation takes a devastating turn that tests the strengths of their families and friendships as well as their FBI colleagues as never before.

Impostor’s Lure is full of clever twists that will keep readers guessing right to the stunning conclusion!

Excerpt #1
An antique Maine lobster boat was bound to draw attention at a Boston Harbor marina, but Emma Sharpe hadn’t recognized any of the onlookers until now. She pulled off her work gloves and peered out the window of her apartment, located on the ground floor of a former produce warehouse that shared the wharf with the marina.

What was Tamara McDermott doing here?

Emma tossed her gloves into the sink. She’d been cleaning since midmorning. It was after lunch now—she’d grabbed a chickpea salad out of the fridge—but she was almost finished. Kitchen, living room, bedroom, bathroom. All in four hundred square feet. Plenty of space when it’d been just her, but now she shared the apartment with her husband. Emma smiled at the thought. She and Colin Donovan, also an FBI agent, had been married ten weeks. She hoped she felt this way in ten years. Twenty. Fifty. He was and always would be the love of her life.

But he hated chickpea salad, and he’d been mystified when she’d opted to stay home and clean instead of join him and his three brothers, down from Maine, at their annual Red Sox game.

She took her keys and exited the apartment, ignoring the blast of mid-August heat. Tamara McDermott was in her late forties, a prominent federal prosecutor based in Washington, DC. Emma hadn’t worked directly with her but definitely recognized her. It was Sunday, and Tamara hadn’t called ahead to meet. She wore a casual marine-blue knit dress with diamond stud earrings, a simple gold watch and sturdy sandals. Little or no makeup, sweat dripping down her temples and matting her gray-streaked dark hair at her nape. She must have walked at least a couple of blocks. She wouldn’t be sweating this much if she’d been dropped off by a cab. It was, though, a stiflingly hot day. Emma had on a shapeless linen sundress that didn’t do her any favors, flip-flops, no makeup. She’d pinned up her hair haphazardly, thinking she wouldn’t be seeing anyone until she’d had a shower and put on fresh clothes.

“Hello, Emma.” Tamara squinted in the early-afternoon sun. “This is Colin’s boat, isn’t it?”

Julianne was the name of the classic wooden boat. “Andy’s fiancée. She’s a marine biologist. It was her grandfather’s boat, and he named it after her.”

Emma smiled. As a prosecutor, Tamara was known for her thoroughness, solid preparation and relentless focus. Of course she’d pick up on the nuances of the lobster boat’s history. “Andy bought it from Julianne’s grandfather. She objected. It was a source of tension.”

“All worked out now, one can assume. Well, it’s a beautiful boat—not that I know anything about boats.”

“I didn’t realize you were in Boston,” Emma said.

“My daughter turned twenty-one yesterday. We’re celebrating tonight. She’s a student here in town. She’s studying archives preservation. I came up for the weekend. I start vacation tomorrow. Unless I get cold feet,” she added with a wry smile.

“It’s been several years since I took a proper break, yes. I’m scheduled to be away for three weeks. I get clammy hands thinking about it.” She laughed, glancing again at the Julianne, which bobbed in the quiet harbor water between two recreational powerboats. Few working boats used the marina. “I wonder what it’d be like to jump on a gorgeous old lobster boat and take off, see where I ended up.” She turned back to Emma and smiled. “Drowned, probably.” 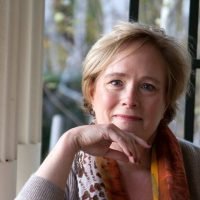 About the Author
Carla Neggers is the New York Times bestselling author of the Sharpe & Donovan series featuring Boston-based FBI agents Emma Sharpe and Colin Donovan, and the popular Swift River Valley series set in the small, fictional New England town of Knights Bridge. With many bestsellers to her credit, Carla loves to write now as much as she did when she climbed a tree at age eleven with pad and pen. A native New Englander, Carla and her husband divide their time between their hilltop home in Vermont, a sofa bed at their kids’ places in Boston and various inns, hotels and hideaways on their travels, frequently to Ireland. Learn more and sign up for Carla’s newsletter at CarlaNeggers.com. Follow Carla at facebook.com/carlaneggers and twitter.com/carlaneggers.