Welcome to the blog tour for SHOPPING FOR A CEO’S WIFE, the twelfth book in the adult comedy romance series, Shopping for a Billionaire, by New York Times and USA Today bestselling author, Julia Kent. See below for information on the book, buy links, and an exclusive excerpt.

Synopsis
Snowbound. Sounds so romantic, with visions of cuddling before a roaring fire, hot chocolate spiked with brandy, and a secret elopement.

My fiancé’s father won’t stop trying to turn our pending wedding into a three-ring media circus so he can get free publicity for his family’s Fortune 500 company. My mother has decided she’s done with All Things Wedding and asks her teacup Chihuahua for mother-of-the-bride advice.

Then the stress from the wedding puts my mother in the hospital, I scream at my future father-in-law in front of a camera crew and the video goes viral, and the romantic wedding that started with Andrew’s grand Pride and Prejudice proposal looks less like Jane Austen and more like Dostoyevsky.

So what do you do when you’re a fixer and you can’t fix something?

You give up on it.

Not on Andrew, silly.

Shopping for a CEO’s Wife is the 12th book in Julia Kent’s New York Times bestselling Shopping series. As Shannon and Declan enjoy their newlywed bliss, Andrew’s father wants to exploit Amanda and Andrew’s nuptials, much to Amanda’s chagrin. Can she learn to stand up to her future father-in-law and fight for what’s right? But the real question is: will Spritzy the teacup Chihuahua end up being a flower girl?

Excerpt #1
Experiencing a season together for the first time when you’re in a new relationship is a rite of passage. For instance, my idea of a fun winter activity involves reading under a thick, fuzzy blanket, snuggling up to a roaring fire, and drinking hot chocolate. Andrew, on the other hand, likes to race down a snow-covered mountain at speeds that would qualify him for the Indy 500.

Guess where we are now?

“I am not going down that double black diamond trail. No way,” I declare, staring at an incline of doom on this mountaintop in Vermont. As I stare down the slope, I wonder what kind of sick bastard planted thirty-foot giant pine trees in the middle of a ski trail.

The sun is shining on this fine Saturday in December. You can’t see my engagement ring, which is hidden by gloves so thick, I might as well box instead of ski. Warming packets tucked away in pockets near the wrists aren’t really helping, because in my terror, all the blood in my body has gone to my gut, which is currently screaming “Run away! Run away!” while leaving my hands and feet to turn into frozen concrete.

“Everyone’s afraid their first time. It’s like sex,” he cajoles. The creak of the ski lift, bringing an influx of excited skiers in batches of twos and threes, plays a steady drumbeat behind him. Andrew is the epitome of ski sophistication and slope prowess, his body encased in tight black ski pants, a form-fitting black jacket with red racing stripes, custom-made gloves and skis, and a helmet for safety.

A skier since he was three years old, he has nearly three decades of experience.

Me? I joined ski club back in middle school because the boy I had a crush on skied, too. Broke my ankle on the bunny slope. Everyone called me “Gimp” for the rest of seventh grade.

I point to the sheer cliff Andrew expects me to put my feet on, feet attached to skis that have the potential to stab me in the heart if the laws of physics decide to go rogue.

“That is nothing like the first time I had sex! First of all, there is no backseat of a 1996 Dodge Caravan. Second of all, Al isn’t here — ”

His grin disappears. “Point made. You do not need to bring up your ex-boyfriend and — ” His tongue rolls in his cheek, jaw clenched. “– sex with him.”

“And third!” I crow. Hey, he started it. “In both cases, my mother told me only to act when I felt ready, and never let a guy push me beyond my comfort zone.” I poke him in the chest, right where his lift tag hangs from his jacket zipper. “You’re violating my mother’s rules of consent.”

Most guys would sigh at this point. Although I can’t see his eyes behind those tinted ski goggles, I know they’ve narrowed with determination. Andrew isn’t most guys. Aside from being my fiancé, he’s also the CEO of a Fortune 500 company. Which means he never backs down from a challenge. This is the same guy who hired a drone-killing hawk, for goodness sake.

I’m fooling myself if I think I’m not skiing down this trail, huh?

“Your mother also believes that rational risk-taking is key to human development,” he counters. If I could see his eyebrows, they’d be raised.

Oh, ho ho! Using my own mother against me. 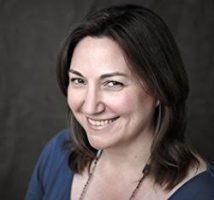 About the Author
New York Times and USA Today bestselling author Julia Kent writes romantic comedy with an edge, and new adult books that push contemporary boundaries. From billionaires to BBWs to new adult rock stars, Julia finds a sensual, goofy joy in every contemporary romance she writes. Unlike Shannon from Shopping for a Billionaire, she did not meet her husband after dropping her phone in a men’s room toilet (and he isn’t a billionaire). She lives in New England with her husband and three sons in a household where the toilet seat is never, ever, down.