Welcome to the blog tour for YOU’RE THE ONE I DON’T WANT, the second book in the new adult contemporary sports romance series, Tenth Girl, by Carrie Aaron. See below for information on the book, buy links, and an exclusive excerpt. 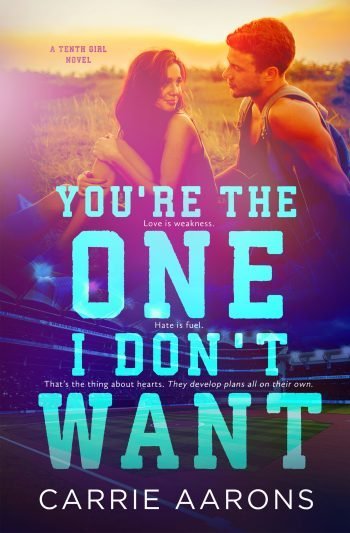 Which is why Annabelle Mills vowed a long time ago to never let it destruct her. A former pageant queen with a bite equally as lethal as her bark, she’s interning at her dream job on the set of the highest-rated home design show on television. Everything in Annabelle’s life, though it may be cold and isolated, is going exactly as she always planned.

Until her ex-high school sweetheart moves to town. The same boy that she cheated on, once upon a time, essentially breaking both of their hearts. But no one knows the full story, and being vulnerable enough to open up about it is not on Annabelle’s checklist.

The kind that courses through Boone Graham’s veins and allows him to shut out everyone around him. As the hottest rookie on Austin’s professional baseball team, he should be spending his days hitting homeruns and signing jerseys. Except he’s seen dreams ripped right out from under those closest to him, leaving them with nothing.

Without a college degree, he’ll never take the risk of pursuing his real dream. But when he runs into the girl who took a mallet to his heart and stopped it beating, attending the same university might just be the biggest challenge he’s faced yet.

As the semester unfolds, the line between love and hate is blurred. And with the amount of baggage stacked between them, together is the last thing they want to be.

That’s the thing about hearts, though. They develop plans all on their own. Excerpt
It takes a while for Boone to join us at the player’s exit, but when I see him, all dark and quiet confidence, my stomach dips and my heart beats twice as fast. This man affects me physically, he rearranges the way my body is supposed to function. The way I feel about him is molecular.

“Hey, you.” He bends down to lay a gentle kiss on my lips, right there in front of everyone.

It takes me right back to that little girl, swooning over the tall, handsome senior.

Cain slings his arm around her shoulder. “Her love of food, it’s why I love her.”

Twenty minutes later, we pack into a corner booth at Salvatore’s, the local pizza joint. It’s a madhouse, with students and families everywhere, and we’re lucky that we’re with Boone and Cain, because a couple of people applaud loudly as we walk in and we’re ushered to a semi-quiet area like we’re VIPs or something.

Hell, I must be chopped liver because no one ever applauds when I walk into a restaurant, and I’m on television more than either of these two. I’d like to just say, men, and then mentally roll my eyes.

The waiter comes to take our order, and Cain asks for a round of beers.

“That’s okay, I don’t drink, water is fine with me.” Boone waves the waiter off.

“You don’t?” My eyebrows furrow in confusion.

“No, I haven’t had a drink since I was seventeen. Which seems ironic, if you think about it. I quit alcohol before I could even legally have it.” He chuckles.

Harper and Cain take this moment to talk to friends of Cain’s over the back of the booth.

I lean into Boone. “But what about that night in your car? You were drunk.” I am so confused.

Which means that he’d slept with me of his own accord. Not that it hadn’t been consensual on my part, but I don’t think I would have had the courage to have sex with Boone if there weren’t shots of tequila involved.

“Wait, so why did you stop drinking?” And now alarm bells are going off in my head.

I immensely respect those who have recovered from an addiction. But … to bring that into a new relationship was difficult. I wouldn’t know how to act if I wanted a glass of wine, I didn’t know his triggers or whether or not it was still a struggle for him to be around any type of partying.

Boone touches my cheek, and it is like we are the only two people in this entire restaurant. “Relax, Anna. It wasn’t because I couldn’t handle myself. I just …” He sighs now, and I know he is weighing whether or not to tell me the real answer. “My dad is basically a drunk, and watching him, I didn’t want to end up that way. So, I just stopped.”

Because I really hadn’t. Up until this moment, I’d been so consumed with my own baggage and ugly parental situation that I hadn’t realized that the man I’ve been getting close to was sitting in the exact same boat as me. I look at Boone with fresh eyes; maybe this was why we’d come back together after all these years. Maybe deep down, each of us had identified with the pain in the other. Maybe, we share the same insecurities and can heal that in each other.

My pessimistic heart could hope.

“And now you do.” He kisses my cheek and picks up a menu, which signals that he doesn’t want to discuss it further. At least not here.

“All right, one pepperoni, one sausage, one meat lover’s supreme and one buffalo chicken?” Harper slams her menu down on the table.

“You’d think she was a Texas girl and not a transplant with all the meat she eats.” I grin at my stepsister.

I snuggle into Boone, happy to have a night off with him, and warmed at the thought that he just shared something with me that he definitely withheld from most.

“As if you’re going to stop me from doing anything I want to do.” I smirk.

Boone laughs at this, setting his water down after taking a sip. “Big mistake, Harper. Never tell this one what she can and can’t do. She’ll do the opposite and then convince you you’re the one who made the decision in the first place.”

Well, he wasn’t wrong about that. 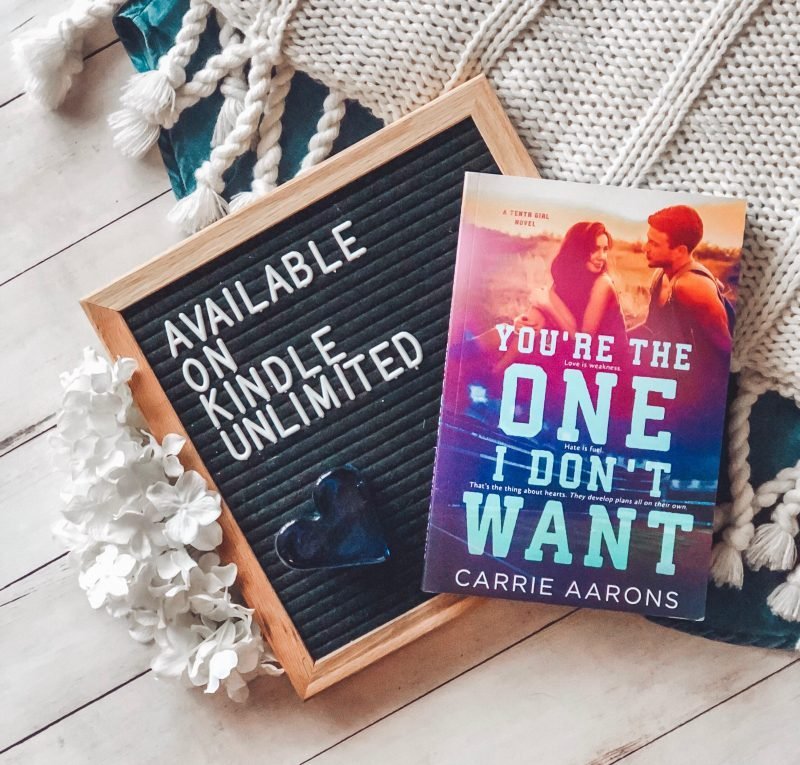 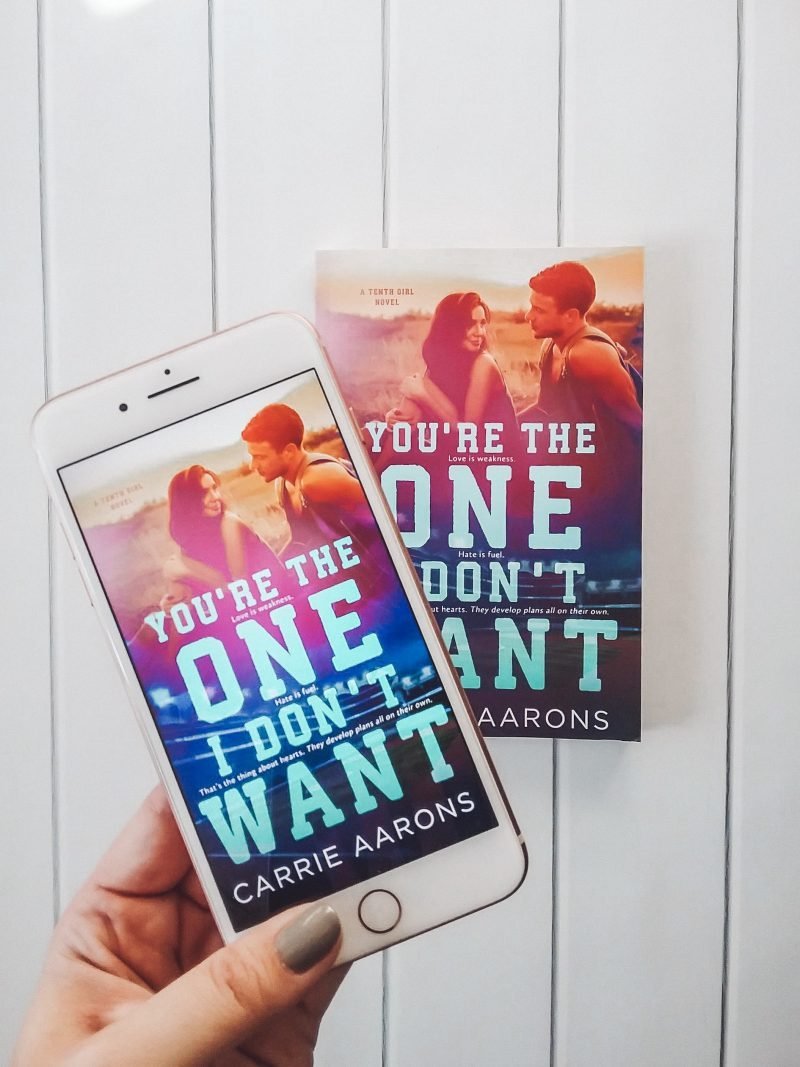