Welcome to the blog tour for STRANGER RITUALS, the first book in the new adult dark fantasy series, by Kali Rose Schmidt. See below for information on the book, buy links, an exclusive guest post, and details on her giveaway. 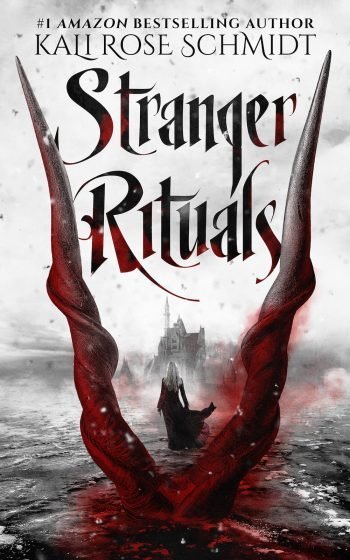 Synopsis
A fighter with a venomous grudge.
A monster with an immortal curse.
A girl with a terrible gift.

All three out for blood in a land torn apart by harsh gods and holy wars. Each entwined with the other, on their own quests for vengeance, and yet held together by strange links to sinister pasts. As their fates unravel, a dangerous romance blooms, and violent darkness beckons.

Stranger Rituals is full of villains. Nearly everyone is a villain, and even though I tried to warn my early readers about this, they were still astounded at the end of the book. That’s not a spoiler, just a…warning.

I’m a self-proclaimed villain lover, and I think creating the perfect villain is at once extremely difficult and very easy. It’s difficult because it can be hard to get readers to care for the bad guy/girl, when they’re doing awful things. It’s easy because everyone does awful things. Even you. Yes, you.

And that’s the trick, isn’t it? Humans (or elves or faeries or vampires) are capable of both good and bad, and the trick with a villain is to tip them over the scales to evil, while also remembering they’re still human (even if they’re not, you know what I mean). They still have wants and needs and desires, and even the most confident of villains has moments of self-doubt, which can go a long way in getting your reader to empathize with them.

They might kill an entire town with seemingly no remorse, and that’s awful, of course, but the key to empathizing is asking why? Sometimes you might wish to really hurt someone who has hurt you, and even though you’re a law-abiding citizen so you never would, of course, it’s helpful to dig into your own motives in those moments. Did someone mistreat you as a child? Did someone lie to you in a way that deeply wounded you? Do you feel justified in your thoughts of vengeance?

If so, you’re well on your way to becoming a villain yourself. I’m kidding, kind of, but those are the kinds of things readers will be able to understand (even if they don’t condone it). The villain takes what they want with no regard for laws or humanity because they’re villains, but their hurts are very human and very real.

Hanging on to those human qualities goes a long way in writing an at once despicable and yet somewhat likeable villain. 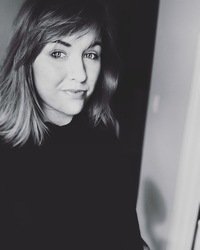 About the Author
Kali Rose Schmidt is an author, mother, and villain lover. She likes bloody tales of monsters, yoga with the lights off, and anything that goes bump in the night.