Welcome to the blog tour for THE SCYTHIAN TRIALS, a stand-alone adult fantasy science fiction romance by Elizabeth Isaacs, releasing October 23, 2018. See below for information on the book, pre-order links, an exclusive guest post, and details on her giveaway. 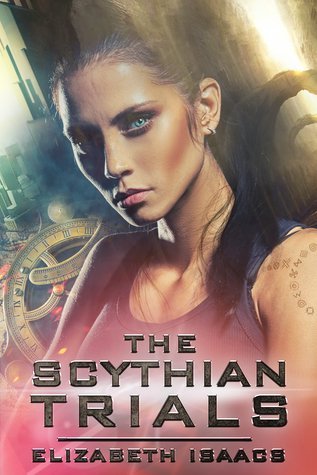 THE SCYTHIAN TRIALS by Elizabeth Isaacs

Synopsis
Descendants of the Amazons, the Scythians work alongside prominent governments but answer to no one. Warriors living on thefringe of civilization, they live by one credo: Strength through Equality. Power through Knowledge.

Nya Thalestris is the brightest Scythian of her generation. Strong, capable, ruthless, she is sure to earn a spot in the Trials, a time-honored mating ritual responsible for the evolution of her species.

Abducted by their sworn enemy, the Drahzda, Nya is forever altered and spirals out of control. The Society sends in Jax Nickius. Infamous psychologist and one of the most brutal warriors of their kind, he discovers triggers planted in Nya’s mind. As Nya solidifies her spot in the Trials, Jax develops a plan to help her heal—while pursuing her as a mate. But, Nya’s attraction to Jax is at war with her instinct to never let anyone get too close.

During the Trials, Nya’s repressed memories surface, revealing a new enemy—one from inside the consulate walls—and a traitorous alliance on the horizon that could irrevocably change the course of history.

Since before the Bronze Age, the Society has managed to safeguard humanity from itself … until now.

Top Ten Authors Who Inspire Me
For me, inspiration comes from different places. Some inspire me for their ability to string words together and create sheer magic. For others, it’s the person behind the words on the page. Here is my list of ten authors that have been inspirational to me over the years. 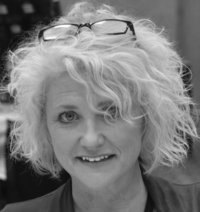 About the Author
Elizabeth is an author, teacher, and publishing professional who began her career as a national presenter for Resource Profiles, where she developed teacher seminars designed to foster creative brain stimulation. Moving into formal education, she helped at-risk students improve their writing skills as well as created and implemented a creative writing/blogging program that centered on teaching the 21st-century learner. Works stemming from this initiative were published online and seen in over 40 countries.

“The Light of Asteria” received Honorable Mention at the New York Book Festival. Her newest work, “The Scythian Trials” will be released in 2017 by Vesuvian Media.