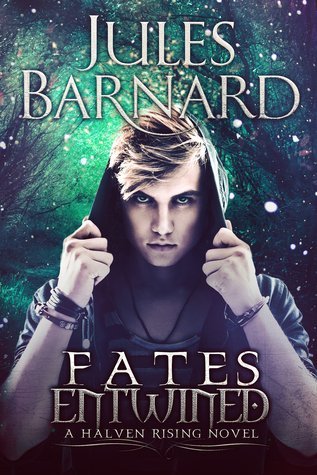 Synopsis
They can never be together. The notion is laughable. Humans are inferior, a scourge on the Fae and on the magic passed down to them by angels millennia ago. And if Keen finds himself drawn to the tiny human female, he keeps it to himself. He won’t add to the half-breed problem that threatens his people’s existence.

Reese can’t stand Keen. He criticizes her clothing, won’t answer a straight question, and is too handsome for her peace of mind.

Her entire life, people have pegged Reese for a shallow, ditzy blond. She won’t accept the stereotype from the large, arrogant Fae too. But after Keen saves her life, she begins to question what truly lies beneath his stoic demeanor.

Forced together, Keen and Reese fight to survive among enemies, and Keen makes choices Reese couldn’t have predicted. She glimpses a side of him that is protective and dangerously seductive.

But Keen refuses to acknowledge their connection.

Until he’s faced with the decision to betray his people, or lose Reese forever.

*This mature YA series is intended for readers 17 years and older.

**Each Halven Rising novel features a different couple and may be read as a standalone, but an overreaching story arc connects the series, so it’s fun to read them in order.**

My Review
Fates Entwined picks up where Fates Divided left off, only this time we get Elena’s roommate, Reese’s, point of view along with Keen’s, Elena’s fae body guard. There is more angst this time around, which is my not so secret passion. The whole forbidden love thing is a favorite of mine and it works really well here. When Reese is kidnapped at a frat party and taken into the fae realm, Keen lives up to his promise to Elena to find her and bring her back. The problem is, the evil fae queen is using her as a bargaining chip. With the war of the fae worlds about to erupt, there’s more action this time around, and Reese is a little spitfire caught in the midst of it all.

Plot
The main plot is really the battle between the old and new world faes with the romance as a strong subplot rather than the main plot. However the romance drives Keen’s and Reese’s actions for much of the story. The pacing is well-done, and I never got bored. I loved the way the author teased us throughout with the whole “will they or won’t they” trope.

Characters
We get both Reese’s and Keen’s points of view, but Reese is the narrator for well more than half. She’s spunky, smart, and brave, but she also experiences growth throughout the story. It was fun watching her evolve from the opening pages through the nail-biting ending. Keen has his own character arc and his is more full than Reese’s as he’s forced to acknowledge his Halven bigotry in order to get what he wants — Reese.

World Building
Once again, Jules Barnard delivers an imaginative world in vivid detail. Everything from the landscape and castle to the clothing is richly detailed. The rules of the fae world are as intricate as many of Reese’s formal gowns.

Top Five Things I Enjoyed About  Fates Entwined
1. Reese. She’s so awesome. I love her attitude, her strength and courage. Really everything about her! She was my favorite character in Fates Divided, so I was thrilled to read her point of view.

2. Keen. Still love him just as much as I did in the first book, and maybe more now that I’ve been inside his head.

3. Fae politics. Come on, what’s not to love about that?

4. The action. I loved all the battles in this installment.

5. The angst. The best kind of romance.

Bottom Line
My favorite book in the series so far. I can’t wait to read the next one! 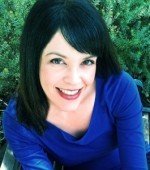 Before turning to storytelling, Jules earned a master’s degree in public health and spent many an hour running statistical analysis–until she realized her favorite part of the job was writing reports.

Jules is a Northern California native living on the coast with her husband and two children. She has no impulse control around cupcakes and credits herself with the ability to read while running on the treadmill or burning dinner.
.