Book Blitz – BENEATH THE EARTH by H.S. Stone

Welcome to the book blitz for BENEATH THE EARTH, a stand-alone young adult horror/suspense by H.S. Stone. See below for information on the book, buy links, an exclusive excerpt and details on his giveaway. 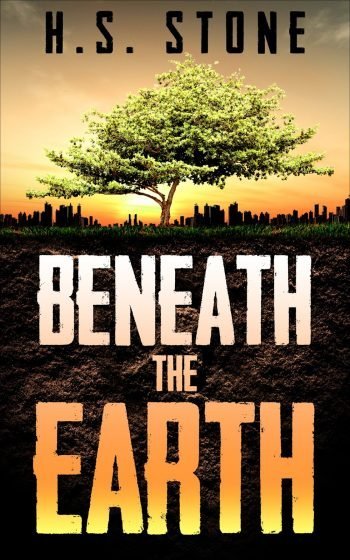 BENEATH THE EARTH by H.S. Stone

Synopsis
Laura and her classmates have been looking forward to their senior camping trip for weeks. Three days on an island paradise, away from school and their parents. What more could they ask for?

The camping trip starts out well enough. The island is scenic and just the kind of escape to nature that Laura had hoped for. However, cracks soon begin to appear in her plans. Her boyfriend ditches her to hang out with his friends. She has to share a room with one of the teachers. But those are the least of her worries.

A student disappears, and no one can find him. Soon, Laura and the other students realize that the camping trip is anything but a dream vacation. There’s something else on the island. Something large and frightening. Something that lurks unseen beneath the earth. Something that welcomes the presence of the students because they will satisfy its appetite.

Excerpt:
All of the students and teachers started from the spot of Brandon’s disappearance and spread out. We hoped that by covering every direction that radiated from the origin point, there’d be no chance of missing him.

Initially, the ground where we searched was trampled, both from our large group and from Mr. Messick’s exploration last night. We walked over broken branches and flattened grass. We imitated the park ranger’s technique of stabbing the ground with sticks, hoping to uncover hidden holes that were now covered up. However, we found no hints as to where Brandon could have disappeared to.

Heather, Katie, and I walked shoulder to shoulder. As the distance between us and the neighboring search parties grew, we also spaced ourselves farther apart. We slowed down our pace, not wanting to miss a potential nook or cranny that could hide Brandon’s location.

If I were paying attention to the island’s sounds, I would have noticed that the usual chirping of birds had faded. There was only the crunch of the ground beneath our feet. My eyes swept the forest floor in front of me, and my focus was strictly on looking for my missing classmate.

Our first hint of danger came when we heard a scream behind us. The three of us turned around, frozen in our tracks.

“What was that?” Katie asked.

The scream pierced the quiet of the forest again. We pinpointed the direction it came from and hurried toward the sound.

We were almost back to the search’s starting point when a wave of students ran toward us. They motioned for us to go back in the direction from where we had come.

We didn’t ask any questions. We turned around and ran as fast as we could in the opposite direction. I had no idea what we were running from, but from the terror in the voice that sent us fleeing, I wasn’t going to stand around and ask questions. 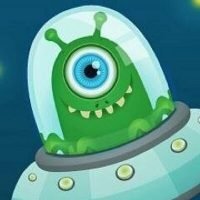 About the Author
Even before he could read, H.S. Stone wanted to write a book. Fascinated by the stories that seemed to leap from his kindergarten teacher’s books, he went home and wrote his own book, with illustrations and bound by staples. Of course, since he didn’t know how to read or write yet, the book was full of gibberish.

Undaunted, H.S. eventually mastered the ABC’s and continued to write throughout his grade school years, adolescence, and into adulthood. Despite earning a degree and working in a field not related to writing, he continued to pursue his writing passion.

H.S. Stone’s publications include novels aimed at Young Adult and Middle Grade readers as well as several short stories. He currently lives with his family in the San Francisco Bay Area..