Welcome to the book blitz for AIDING THE DRAGON the ninth book in the adult fantasy/paranormal romance series, Stonefire Dragons, by New York Times and USA Today bestselling author, Jessie Donovan. See below for information on the book, buy links, an exclusive excerpt, and details on her giveaway. 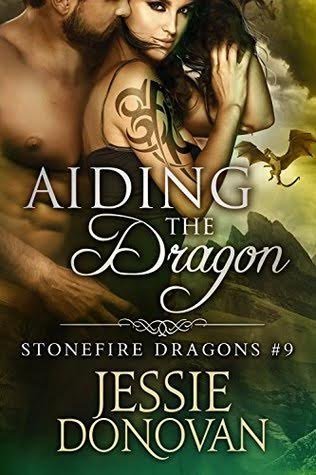 Synopsis
Teagan O’Shea is a rare female dragon-shifter leader. While her Irish clan has a tradition of female leaders, they have always had to hide behind a male face publicly to prevent the other clans from viewing them as weaker and then attacking. When the truth leaks, Teagan is faced with a choice—hand over the leadership to a male or invite the challengers to a leadership trial and earn her place. Out to prove having a penis isn’t required to be a leader, she picks the latter.

Aaron Caruso is sent to Ireland under the guise of repairing relations between two clans on the isle of Ireland. However, upon arrival he learns the truth. Determined to secure Teagan’s place so he can escape her alluring eyes and addicting personality, he busies himself with helping her any way he can. A female used him once and he’s not about to go through that again, no matter how much the Irish female tempts him.

As the pair work together on preparations for the leadership trial, both Aaron and Teagan start to see each other in a new light. Both have their own self-imposed loneliness and yearn for something they can’t have. Can Aaron and Teagan not only change tradition but also open their hearts? Or will they each be doomed to live alone to fight their inner battles?

Excerpt #2
Teagan’s heart thumped inside her chest. Not because of all the eyes on her. She was used to that.

No, it was because of the devilish look in Aaron’s eyes. She had a feeling he’d make her forget about everything but keeping up with him.

Her dragon spoke up. That’s a good thing. Once he knows our touch, he’ll be begging to kiss us in a dark corner somewhere.

Before she could state again that she wasn’t going to kiss Aaron that evening, the music began. She and Aaron bowed to one another before circling each other left and then right.

His dark brown eyes were intense, but it was foolish to think he was focusing on her. The male was competitive and out to win. He was probably looking for any fault to take advantage of.

Too bad Teagan was determined to outshine him first. Just because she could take down a male who weighed several stone more than her didn’t mean she couldn’t be dainty and graceful in order to outdo a male on the dance floor, too.

She put out her right hand and Aaron his left. The instant their palms touched, a shot of electricity raced through her body. But she didn’t have time to study Aaron and see if he felt the same pull of attraction as she.

True mate or not, she would admit he was a handsome male. And with his eyes and smiles, he’d probably danced with many females. Teagan wouldn’t read into anything.

They twirled with their hands clasped and released at the right moment to spin around and face each other once more. Aaron reached out and placed a hand on her waist to pull her close. She sucked in a breath at the heat of his skin through the thin material of her dress.

Aaron’s pupils flashed to slits and back before he took her hand and led her in the pattern of the dance. As their bodies moved in time to the music, she was content to allow him to lead.

Her dragon chuckled. It’s the first step to my grand plan. I look forward to him leading in other ways, such as when we’re naked.

Teagan concentrated on the steps of the dance before replying, You’re not helping. I don’t want to stumble.

Aaron increased his movements as the tempo picked up. She murmured, “You’re better at this than I thought.”

He tilted his head. “So are you ready to wax on about my dancing skills?”

She rolled her eyes. “One dance proves nothing. All I have to do is request an Irish one, and you’d be on the sidelines within seconds, nursing a twisted ankle or worse.”

“Then it’s a good thing I don’t own a pair of the special shoes you need to make the tapping sounds. I can sit out from the beginning and merely watch your legs as they flail about.”

As Aaron spun her, he pulled her tighter against his body. Only because the dance was ingrained into her being did she not miss a step. Aaron radiated an unimaginable amount of heat. A faint sheen of sweat probably covered her face from both dancing and being in Aaron’s proximity.

Her beast spoke up. We’d never be cold in bed again.

Focusing on the male, she kept up with him. “We have plenty of those types of shoes to share. I’m sure one of my Protectors would lend you theirs.”

“I might twist my ankle, and then I wouldn’t be able to face you in the morning. Which would you rather have—me stumbling to prove you’re a better dancer or having me available to brush up your skills to prepare for the upcoming challenge?” he asked.

“You’re right. I think I’d rather pin you to the ground and have you cede to me. That’ll be more satisfying.”

Aaron put extra energy into his turn as he murmured, “I was just thinking the same thing.” 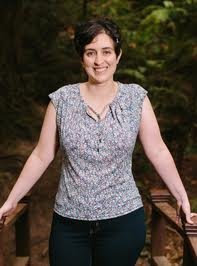 About the Author
Sign up for Jessie’s newsletter and never miss a release or special: http://jessiedonovan.com/newsletter

Jessie Donovan wrote her first story at age five, and after discovering the Dragonriders of Pern series by Anne McCaffrey in junior high, realized that people actually wanted to read stories like those floating around inside her head. From there on out, she was determined to tap into her over-active imagination and write a book someday.

After living abroad for five years and earning degrees in Japanese, Anthropology, and Secondary Education, she buckled down and finally wrote her first full-length book. While that story will never see the light of day, it laid the world-building groundwork of what would become her debut paranormal romance, Blaze of Secrets. In late 2014, she became a New York Times and USA Today Bestselling author.

Jessie loves to interact with readers. When not reading a book or traipsing around some foreign country on a shoestring, can often be found on Facebook..