Welcome to the blog tour for CONTACT, the first book in the adult science fiction fantasy series, A New World, by M.D. Neu. See below for information on the book, buy links, an exclusive excerpt, and details on his giveaway. 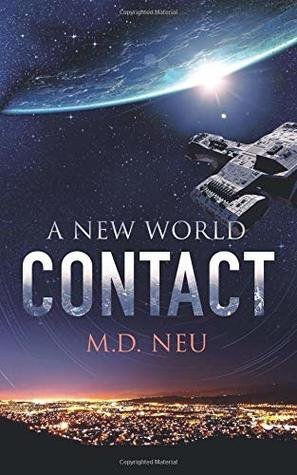 Synopsis
A little blue world, the third planet from the sun. It’s home to 7 billion people with all manner of faiths, beliefs and customs, divided by bigotry and misunderstanding, who will soon be told they are not alone in the universe. Anyone watching from the outside would pass by this fractured and tumultuous world, unless they had no other choice. Todd Landon is one of these people, living and working in a section of the world called the United States of America. His life is similar to those around him: home, family, work, friends and a husband.

On the cusp of the greatest announcement humankind has ever witnessed, Todd’s personal world is thrown into turmoil when his estranged brother shows up on his front porch with news of ships heading for Earth’s orbit. The ships are holding the Nentraee, a humanoid race who have come to Earth in need of help after fleeing the destruction of their homeworld. How will one man bridge the gap for both the Humans and Nentraee, amongst mistrust, terrorist attacks and personal loss? Will this be the start of a new age of man or will bigotry and miscommunication bring this small world to its knees and final end?

Excerpt #2
The scene is a confrontation scene between one of the alien generals, Gahumed, and the leader of the alien race, Mirtoff. For me this scene is a lot of fun and it shows off these two powerful women who aren’t afraid to stand their ground:

Taking a seat at the table, Mirtoff waited for Gahumed to join her. “I assume you’re here to talk about my suggested plan for dealing with these humans?” Gahumed almost hissed out the word ‘humans.’

“I am.” Mirtoff pulled out her datapad and loaded the information, then swiped it over to the largest of the monitors on the wall. The image started with the Earth rotating. Once it hit the area of the planet she wanted, she zoomed in on a small island continent. The image moved in closer to a smaller island mass off the island continent’s coast. “Your proposal to occupy the area known to the humans as New Zealand is dangerous.”

“I don’t agree.” Gahumed rested her hands on the table. “I picked that area with defense in mind. It’s remote. The land mass is small enough, and we can easily control the surrounding space. They have a limited population of four point six million that can be relocated to Uztralia—”

“I believe they call it Australia,” Mirtoff interrupted.

“Regardless, they share a similar language and background. I don’t see an issue.” Gahumed brought up demographic information of her own. “New Zealand can be made to become sustainable for our needs and allow us business options with the humans.”

“A forced relocation won’t work.” Mirtoff’s ears started to swell and warm up.

Mirtoff took a breath. “How will that help us build a positive enough relationship with them so we can conduct trade?”

“We could offer them helium-3 for the territory,” Gahumed countered.

“And what if the Australians don’t want four point six million new humans?”

“Why not?” Gahumed smirked. “They have the land mass, and from the reports, the two territories have good relations.”

“The issue, as I understand it, is none of Earth’s governments are willing to give up their territory to us—”

“Madam Speaker,” Gahumed interrupted, “they are a barbaric species that fight among themselves for land all the time.”

“And how would we be any different?”

It’s exactly the same thing. You don’t want to see it. You’re a hypocrite.

“We can’t trust them.” Gahumed swiped her hands over her datapad. “They won’t work with us in peace and certainly we can’t trust them to be truthful with their motives. Despite what you and the vice speaker may think. We can easily go there and use our military to take over the area. Then we move the humans and make reparations.” She picked up her datapad. “Denes and my staff have run the scenario based on the information we’ve gathered. The losses were negligible.” She swiped the data up to the monitor.

“Yes, General Gahumed, I’m sure the work of your son is admirable and perfect.” She rubbed the tips of her ears. “Just like him—”

“Are you mocking the abilities of my son? He is a fine male with a brilliant military mind. He is the type of male that every Nentraee of his gender should strive to be.” Her full lips pulled into a stiff line, and her ears started turning an angry shade of blue. 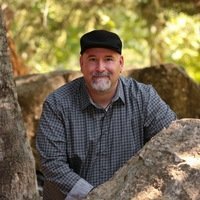 About The Author
M.D. Neu is a LGBTQA Fiction Writer with a love for writing and travel. Living in the heart of Silicon Valley (San Jose, California) and growing up around technology, he’s always been fascinated with what could be. Specifically drawn to Science Fiction and Paranormal television and novels, M.D. Neu was inspired by the great Gene Roddenberry, George Lucas, Stephen King, Alice Walker, Alfred Hitchcock, Harvey Fierstein, Anne Rice, and Kim Stanley Robinson. An odd combination, but one that has influenced his writing.

Growing up in an accepting family as a gay man he always wondered why there were never stories reflecting who he was. Constantly surrounded by characters that only reflected heterosexual society, M.D. Neu decided he wanted to change that. So, he took to writing, wanting to tell good stories that reflected our diverse world.

When M.D. Neu isn’t writing, he works for a non-profit and travels with his biggest supporter and his harshest critic, Eric his husband of eighteen plus years.