Book Blitz – Excerpt + Giveaway – DAWN OF A LEGEND (The Silvan) by R.K. Lander

Welcome to the book blitz for DAWN OF A LEGEND, the third book in the adult fantasy series, The Silvan, by R.K. Lander. See below for information the book and series, buy links, an exclusive excerpt, and details on her giveaway. 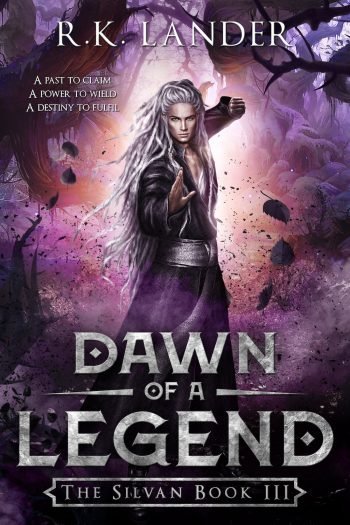 Synopsis
Book three in The Silvan, a best-selling series by award-winning author R.K. Lander. “Page-turning epic fantasy you will not be able to put down.”

To the enemy, Fel’annár is just a half-blood bastard, but to the Silvan people, he is their crownless warrior prince. Returning from battle in the mountains, he grieves for one who was lost, a death that triggers a mystery Fel’annár and his company of chosen brothers must unravel. But why do the trees speak of a beautiful monster?

Fel’annár will learn the ways of the Kah Warrior from a legendary commander while facing the disdain of another who struggles to accept this ‘ignoble son’ for who he is, not for what he represents. Meanwhile, Fel’annár’s royal half-brother reveals a plan to restore the Great Forest to its past splendour of multi-cultural harmony. But the Forest is falling apart under the final onslaught of a ruthless traitor and the Silvan people are turning away from their ruler. Can Fel’annár come to understand what role he must play in this plan before it is too late? Can the brothers put aside their resentment towards each other for tearing their families apart and learn to trust one another? Can love prosper in the midst of battle and hardship as dark enemies converge on the Motherland?

Danger lies in wait for an elf who is slowly coming to terms with his heritage, learning to wield a natural ability and accepting the nature of his unfolding destiny.

The greatest warriors of their time will come together once more—in the name of justice. In the name of love.

Excerpt #2
The battle-weary patrol had been navigating the surrounding forests for an hour, climbing the boulder-strewn slopes that led upwards and to the mountain citadel of Tar’eastór. King Vorn’asté’s seat of power loomed above them in the afternoon gloom, and at last its mighty gates were groaning and then creaking as the slabs of wood and stone opened inwards, enough only for Comon’s battered patrol to file into the courtyard, silent and grey under the sorrowful, respectful gazes of those citizens brave enough to be out on this cold, wet winter day.

Fel’annár’s gaze fixed upon the statues that decorated the battlements, each one separated by a space just large enough for an archer to fit and fire a bow. They were warriors, but what had always drawn his attention was that they were all different. Some held one long sword, others two. Some were archers and others were standing with no weapons at all save for their hands. He would ask Gor’sadén who they were when time permitted.

He startled and then turned to Prince Sontúr, who rode at his side.

“Ready for another taste of Arané’s foul potions?”

Fel’annár mustered a crooked smile but said nothing, and the haggard warriors dismounted. One crumpled to the floor, but Arané’s healers were already there to pick him up while others walked amongst the group, sharp eyes assessing, analysing. Across the courtyard, a new patrol was preparing to leave, watching them respectfully as they mounted, their eyes drawn to the number of unclaimed swords strapped to Captain Comon’s horse.

“Fel’annár,” called Comon. “Report to the War Room tomorrow morning. I would have you explain your skills to the commander.”

“Aye, Captain. Sir, I have—I would speak with you about that. There are details which I believe are important. A song from the trees I would discuss.”

“Can it wait?” asked Comon, his eyes glancing over to the awaiting group of elves Fel’annár knew were the family, friends, and children of the fallen. He averted his gaze, unable to watch. He would have to, though, one day when he was a captain. 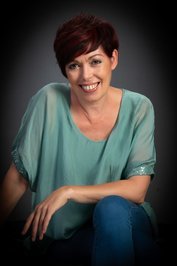 About the Author
I write epic fantasy for adults. I love battles, warriors, great adventures – elves, monsters and generally weird things, but above all, I love a good story with compelling characters.

My first project is The Silvan Series, with book three, Dawn of a Legend ready to launch April 2019. I hope you’ll enjoy my stories and perhaps click the ‘follow’ button. And I would love to see you over at rklander.com. You’ll find some story extras there and freebie if you’re interested.