Welcome to the book blitz for DON’T RUSH ME, the first book in the adult urban fantasy series, Nora Jacobs, by Jackie May. See below for information on the book, buy links, an exclusive excerpt, and details on their giveaway. 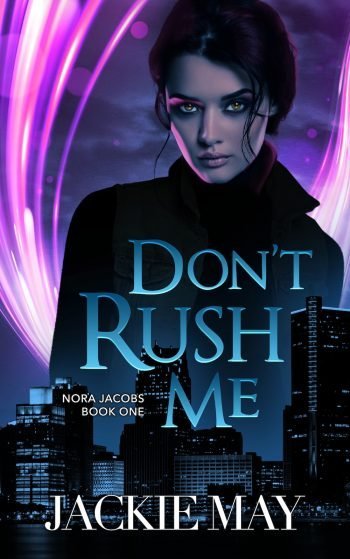 DON’T RUSH ME (Nora Jacobs #1) by Jackie May

Synopsis
Most humans have no idea that a dark and deadly underworld, filled with magic and monsters, exists. They wander through life blissfully ignorant of the supernatural world around them. Nora Jacobs is different. Nora knows exactly what kinds of hellish creatures haunt the streets of Detroit.

Thanks to a unique set of psychic abilities, Nora has managed to steer clear of the underworld most of her life. But all that changes the night the most powerful vampire in the city discovers her gifts and decides to use her as a tool to find one of his missing clan members.

As if that’s not bad enough, Nora believes she’s cursed. All her life, people, especially men, have been drawn to her—some to the point of obsession and violence. Underworlders, it seems, are not immune to this curse, and now she’s caught the attention of some of the most dangerous monsters in the city.

Neck deep in an investigation only she can solve, Nora quickly makes as many new allies as she does enemies. Her biggest problem is staying alive long enough to decide which is which.

**This series is a slow burn reverse harem. 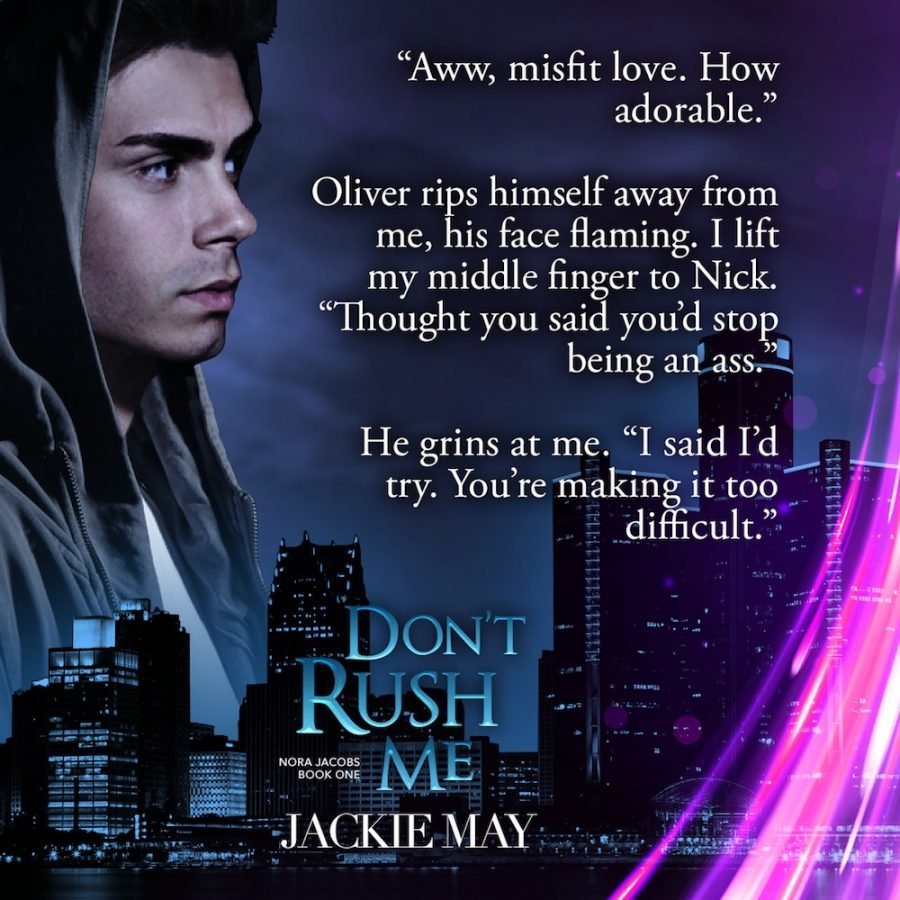 Excerpt #2
“Please just keep him away from the party. Take him out somewhere else, compel him if you have to.” Parker raises an eyebrow at me. “You’d have me compel him? I thought you hated us doing that.”

“To innocent people, yeah, but to dangerous, psycho creeps? I’m not going to lose sleep over it.”

Parker chuckles quietly and shakes his head once. He pins me with a considering look, and I see the precise moment he agrees to my plan. “Okay,” he says. “I’ll keep Xavier away for you tonight. Under one condition.” “And that is?”

He leans forward in his chair. “You allow me a kiss goodnight before I have to hand you over to Gorgeous.”

My mouth goes dry, and all the air is sucked from my lungs. I hesitate just a moment too long, and then the server is there with our dessert. He sets the plate in the middle of the table between us and lays down two dessert spoons. As soon as he’s gone, I grab my spoon and dig right in. “Oh, wow. is is good.”

I refuse to look at him. “You have to try this. Seriously.”

Sighing internally, I clear my mouth and force my gaze up. “No.”

“On the cheek, then,” he counters. “I want to prove to you that not every experience with a man has to be a bad one.”

I swallow. Hard. Even though there’s no more food in my mouth. en I take another bite of the baklava.

He’s not going to let it go. Closing my eyes, I set my spoon down. “Fine,” I whisper.

When Parker sucks in a breath through his nose, I nally look at him. I shouldn’t have. His eyes are swirling with desire, and the intensity of it makes my stomach utter. I’m excited, but I’m also terri ed. “On the cheek,” I demand. “And that is it. Nothing else. You try anything funny, and I’ll sic my troll on you.”

Parker smiles as if he’s just won, and my stomach cramps with nerves.

“I’m going to win you over, eventually,” he says as he nally picks up his spoon and dishes himself a bite of our shared dessert. “I’m a very patient man.” 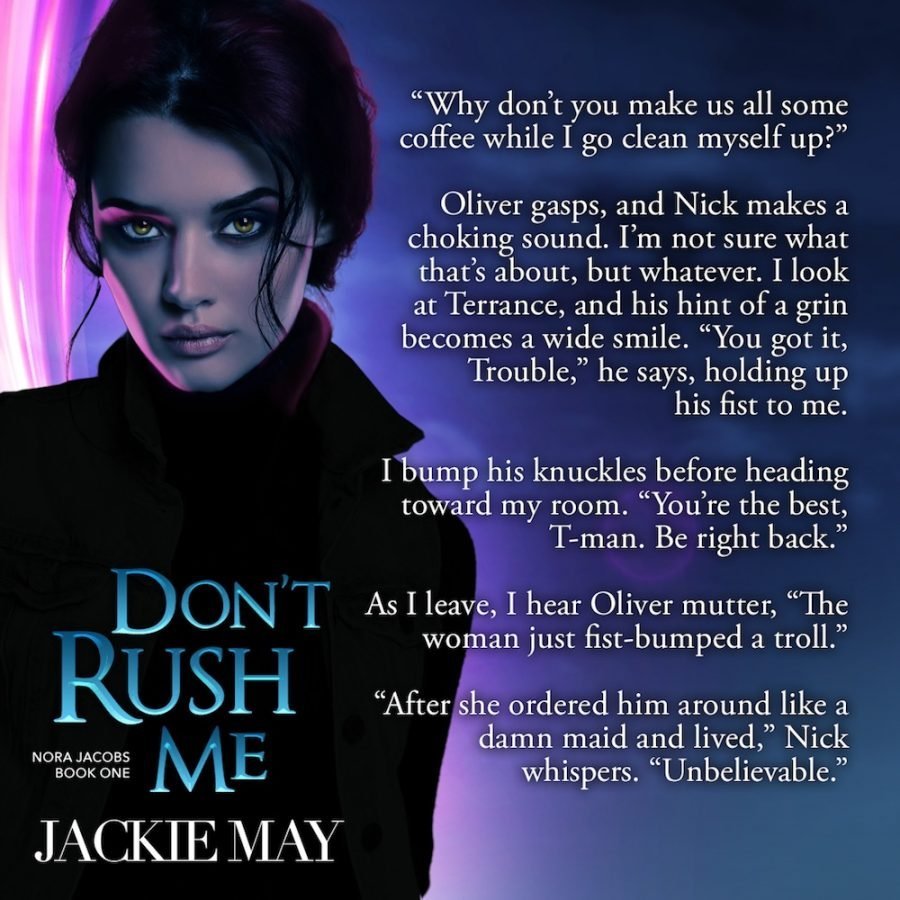 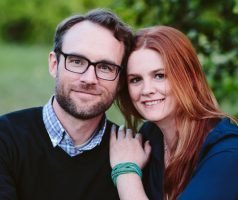 About the Author
Jackie May is a pseudonym for a husband and wife writing team. Josh and Kelly live in Phoenix, Arizona with their four children and their cat, Mr. Darcy. Jackie May is their only daughter. (And she keeps asking for her cut of the profits since we’re using her name.)