Welcome to the book blitz for DRY BONES, the third book in the new adult paranormal romance series, Long Live Dead Reckless, by Safari Spell.  See below for information on the book and series and a link to add it to your Goodreads TBR. 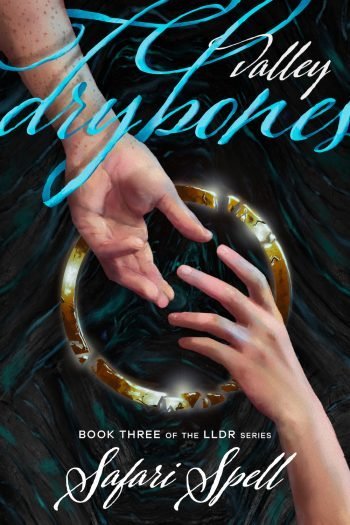 Synopsis
In the third novel in the LONG LIVE DEAD RECKLESS series, Talor must find a way to remember what everyone wants her to forget…or lose herself forever.

As a Grigori Princess, Talor has everything most women could ever want: love, eternal beauty, wealth, and power. Supernatural servants bend to her every will and no material desire is denied her, but that rose-colored reality begins to crack when she hears a mysterious voice speaking through music.

After a violent encounter with a sinister figure in the countryside, her husband Rami turns cold and possessive, blaming her for the growing storm between the Grigori and the Dissent. Confused and heartbroken, Talor soon becomes less like a princess and more like a prisoner in her own home.

But as the list of enemies seeking to abduct her from the Valley grows, she begins to wonder what it is they know that she doesn’t. When she is faced with an unthinkable choice, she must be braver than she ever thought possible if she is to discover the shocking truth that will change everything.

Excerpt
After a long moment gazing up at the stars together, I gave a wistful sigh.

I closed my eyes and took a deep breath before smiling. It was the perfect name. It just felt right.

Rami went rigid behind me. It wasn’t the reaction I had expected at all, so I opened my eyes to look back at him. His mouth dropped open a little as he eased away from me, moving to the other side of the boat like he wanted to jump in the water just to get away. I could see the tension rising in his face, but I couldn’t figure out why.

He muttered Yahweh-Elata under his breath. He had scrambled across the boat to get away from me and now he wasn’t even going to speak in a language I could understand?

As I watched him wrestle with something in explosive silence, I rewound the moment in my mind to be sure I hadn’t said something other than what I did. But no – I’d only said the name I liked, the name that felt right to give my firstborn son.

Sage was a good name. Sure, it was technically an herb, but I liked it. I couldn’t understand why he would have such a strong reaction. Rami brushed his dark hair across his forehead and dragged his hand across his face, heaving a sigh. His eyes were burning, glancing wildly as they looked about.

“Rami, sweetheart, what’s wrong? Are you all right?”

He blinked at my voice, seeming to remember me all of a sudden as he came out of his deep thoughts. His elbows dropped onto his knees then, his hands limp. His brow furrowed as he set a burning stare my way.

It was supposed to be a question but it sounded more like an accusation. I shook my head as I grabbed onto the side of the boat for support.

“I…I honestly don’t know. I just thought of it. Isn’t that how it works? Is it – do you not like it? I can come up with another, Rami. Please don’t be upset about a name.”

The way he studied my face for a long moment gave me a sickening feeling that I’d done something horrible without knowing it.

He took his insignia necklace into his palm and it glowed enough to cast light. It meant he was calling one of his sons from afar, but I didn’t dare ask why. Without a word, he extended his arm towards the shore and the boat lurched for the dock. A dozen Loyalists were already on one knee there, waiting. Levi was among them. Rami leapt out of the boat and offered a hand to me. I took it and stumbled out, not nearly as graceful as he had been.

Sensing my nerves, he clutched my hand tight into the crook of his elbow and strode a good ten feet away from the Loyalists before stopping.

“Please tell me what’s happening,” I said, touching his chest.

His expression was wary as he took my face in his hands and kissed me long on the lips. I wished he would just keep kissing me and let me choose a different name, but instead he took one more forlorn look before abruptly leaving with most of them. I thought Levi would stay, but he wasn’t one of the two who did.

I stood on the riverbank dumbfounded in the light of a thousand stars, wondering why Rami never answered me. Every star was an eye bearing down, and they all seemed to be asking the same thing: what was wrong with the name Sage? 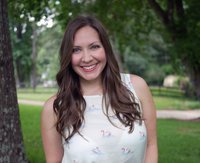 About the Author
Safari Spell is a native of Albany, Georgia. Author of the Long Live Dead Reckless series, she has a BA in Journalism from Valdosta State University. She currently lives in North Georgia with her husband, two children, and a backyard jungle harboring all the dinosaurs everyone thinks are extinct. Her dreams include chasing autumn around the globe and having a wallaby sidekick.