Welcome to the book blitz for #FINISHLINE, the fifth book in the new adult contemporary sports romance series, GearShark, by award-winning author, Cambria Hebert. See below for information on the book, buy links, a couple of fun teasers, and details on her giveaway. 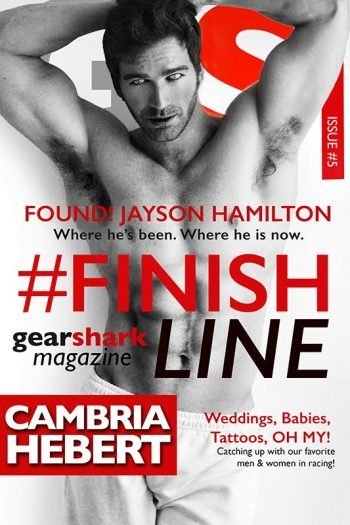 Synopsis
Every race has a finish line. Where you go after you cross it is what matters most. And sometimes, that’s the most intriguing.

What we aren’t privy to is riding shotgun, seeing where they drive once the race is over. Our interviews barely scratch the surface, offering just a glimpse of the men and women behind the wheel.

The discovery of vanished Motocross sensation Jayson Hamilton, who has been right under our noses for years, proves secrets abound. It’s time to dig deep. Look beyond the racetrack at the drivers who continue to pique our interest. In addition to scoring an exclusive, all-access interview with the elusive Jayson Hamilton (his first and only since the death of his fellow racer and partner Matt Lewis), we’ve caught up with some of our most popular featured men and women in the racing world.

Rumors of weddings, babies, and new tattoos swirl through the media on a weekly basis. And though we’re headlining the hashtag #Finishline, we’re far from finished. In fact, we’re just getting started. This newest issue of GearShark is jam packed with everything you’ve been dying to know… and it just might be our biggest page-turner yet. 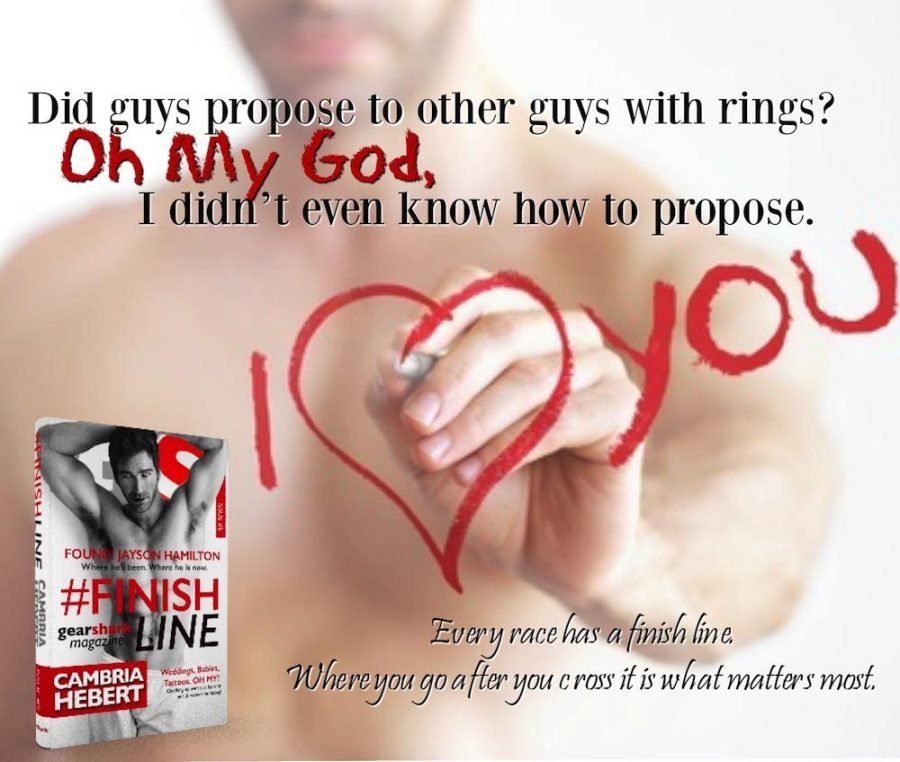 “What’s wrong?” he demanded the second I opened the door.

“Nothing,” I said and motioned for him to come in.

He pulled off his Oakleys and slid one earpiece beneath the neck of his dark-blue T-shirt so they were out of his hands and stepped into the apartment.

His eyes searched out his brother, wanting to be sure all was well.

Lorhaven turned. “Where is he?”

“Why aren’t you there?” He scrutinized.

His eyes narrowed suspiciously. “Why?”

Arrow’s big brother was an asshole. It wasn’t anything new to me, and his constant suspicious demeanor didn’t offend me like it used to. I understood his extreme overprotective nature when it came to Arrow (and Joey). I even respected it.

There was a time when I doubted we would ever get along. Hell, sometimes I still doubted it. But ever since the day I raced across the track to pull Arrow out of a multicar pile-up, things were different between me and Lorhaven.

He welcomed me to the family that day, and since then, he’d backed up his handshake with actions. Arrow and I hung out with him and Joey regularly, something I knew meant a lot to A.

Joey was my first and only real friend since Matt died. The months we’d spent not really speaking had hurt. To have her friendship back along with a new one in Lorhaven gave me the sense of family I’d deprived myself of for so long.

“There’s something I want to ask you,” I said.

He made a sound, sort of an agreement, and shrugged out of the jacket to fling it over the back of the couch. “You called me down here because you want to ask me a question?”

“It’s not something I could do over the phone.”

He folded his arms over his chest and regarded me in a way that would probably make a lesser man piss his pants. Lorhaven didn’t intimidate me. He never did, and he never would.

But, uh, yeah… I was anxious right now.

“I know how close you are to A.” I began. “He told me you’re more like a dad to him than The Fucker ever was.”

Lorhaven’s arms dropped to his sides. “He told you that?”

I nodded. “Yeah. And honestly, I’m fucking grateful to you for that.”

Shock widened his very dark eyes. I committed the look to memory as I smothered a smile. I’d likely not see that look on his face ever again.

My voice dropped. “I think you were the one thing that stood between Arrow and total shutdown a few years ago.”

“Until you came along,” he replied, gruff.

“He’s my family,” he said, like it was all he needed to say.

“As touching as this is…” Lorhaven studied me. “Why do I get the feeling you want something?”

He made a sound. “Pretty sure you already got that.”

I shook my head once. “I want to marry him.”

Lorhaven jolted like someone tossed a bucket of ice water over his head. “You wanna what?”

“I’m gonna ask Arrow to marry me, but before I do, I’d like your permission.” 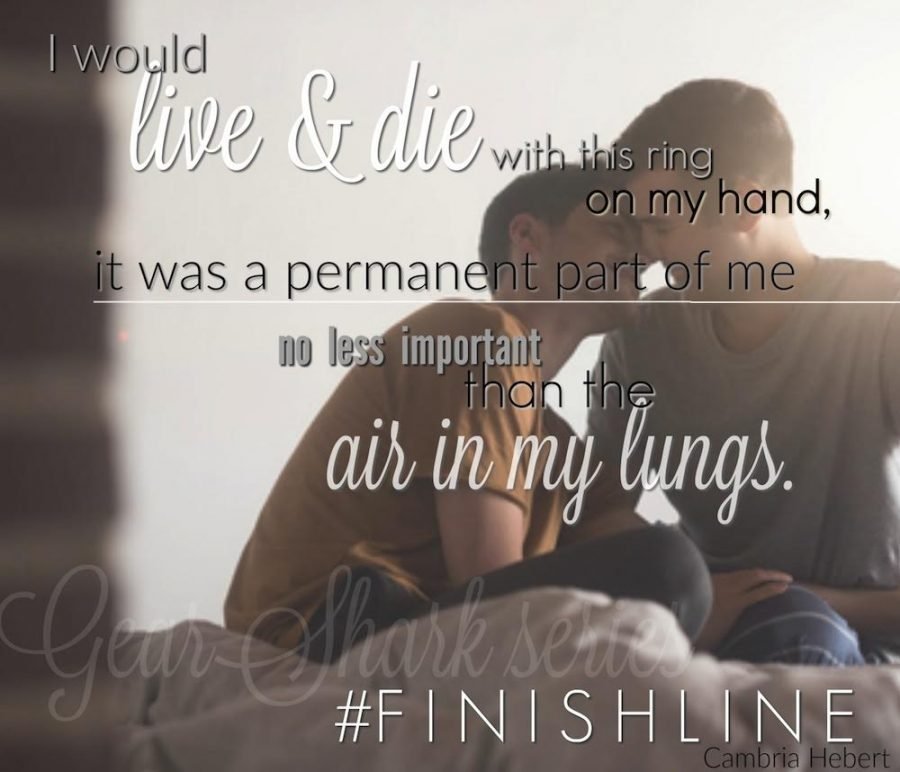 About the Author
Cambria Hebert is an award winning, bestselling novelist of more than twenty books. She went to college for a bachelor’s degree, couldn’t pick a major, and ended up with a degree in cosmetology. So rest assured her characters will always have good hair.

Besides writing, Cambria loves a caramel latte, staying up late, sleeping in, and watching movies. She considers math human torture and has an irrational fear of chickens (yes, chickens). You can often find her running on the treadmill (she’d rather be eating a donut), painting her toenails (because she bites her fingernails), or walking her chorkie (the real boss of the house).

Cambria has written within the young adult and new adult genres, penning many paranormal and contemporary titles. Her favorite genre to read and write is romantic suspense. A few of her most recognized titles are: The Hashtag Series, Text, Torch, and Tattoo.