Welcome to the book blitz for HARD DRIFTER, the third book in the adult romantic suspense series, Notus Motorcycle Club, by Debra Kayn. See below for information the book, buy links, an exclusive excerpt, and details on her giveaway. 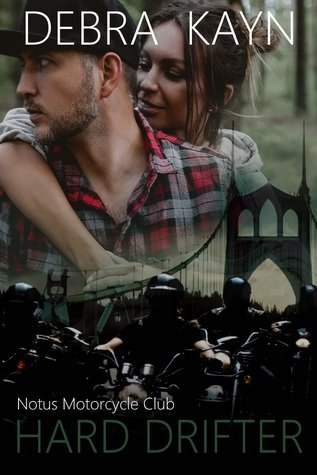 She has three rules: No marriage. No children. No promise.

He’s going to love her.

Thad Bowers, Vice President of Notus Motorcycle Club, searches for missing persons when he’s not punching the clock at Port Loaders. He goes out of his way to hold those he loves close since his sister was kidnapped and murdered twenty-four years ago, and he lost his MC brother in the aftermath. So, when the mysterious woman who has tempted him one too many times needs his help, he’s not walking away. No matter how many rules she throws at him.

As a 911 dispatcher, Lena Hollis deals with emergencies from a safe distance. She enjoys a quiet, private life, with the occasional non-committal date thrown in for excitement. But, her simple life grows complicated when Tigres, a local gang, puts a mark on her back and her recent date hauls her to his house for her protection. A home that includes parents, bikers, and a huge social circle. Everything she doesn’t want in her life.

Lena brings new meaning to being the black sheep of the family. Thad’s going to do everything within his power to show her what it feels like to give and receive love. To hell with the rules…

Excerpt
He put his phone on the nightstand. “It’s after midnight. Get some sleep.”

He pointed, and she left the room. Stripping off his Notus jacket, he took off his boots, his clothes, his boxers, and dropped into bed. Wayne wanted all Notus members on the road at six o’clock in the morning. He needed to get some sleep if he was going to ride.

Lena returned to the room. Her footsteps stopped at the door because he’d shut off the light.

He rested his forearm on his forehead and kept his eyes closed. “Walk straight in. You’ll feel the bed. You’ll be sleeping on the far side, nearer the wall.”

“Like this isn’t awkward, Thad.” Her voice came louder the closer she got to the bed. “Do you expect me to fall on your dick now that you’ve made up your mind…and only because you think you can help me with that gang that wants to hurt me? If none of this would’ve happened, you wouldn’t have agreed to have a relationship based on sex with me. Remember, you were the one who turned me down and then left me.”

Her hand bumped into his covered feet, and then the mattress dipped and jostled as she climbed from the foot of the bed to the top and slid under the blankets.

Lena stilled. He tried to relax having her in bed, but his cock had hardened at the first sign of the bed moving. Ignoring his problem, he went through the information Gomez handed him, and Lena added on to. Tigres weren’t a group to fuck with on their turf. He’d worked with them in the past when searching for missing persons. Their word meant nothing unless they received something in return. He only had to figure out what Notus had that Tigres would want.

“An asshole that’s going to take care of you.” He rolled away from her to his side.

He rather have her mad at him and alive than find out she’d been hurt and killed. 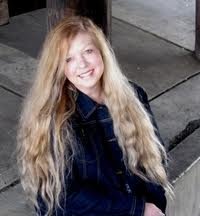 About the Author
Debra Kayn is published by Grand Central Publishing, Simon & Schuster Publishing, Carina Press – Harlequin Enterprises Limited, and repped by agent, Stephany Evans of FinePrint Literary Management. She has well over forty contemporary novels available worldwide where heroes and heroines come from the most unlikely characters.

She lives with her family in the Bitterroot Mountains of beautiful Northern Idaho where she enjoys the outdoors, the four seasons, and small-town living.