Welcome to the book blitz for JUST JENNY, the first book in the adult contemporary romance series, Blue Ridge Valley, by Sandra Owens. See below for information the book, buy links, an exclusive excerpt, and details on her giveaway. 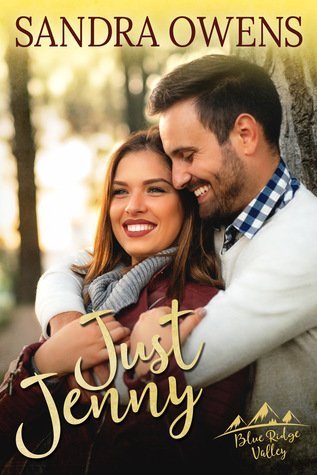 Synopsis
The small mountain town of Blue Ridge Valley is the home of three best friends, Jenny, Autumn, and Savannah. Each woman believes she has her life perfectly planned,  but there is a saying in the mountains… If everything is coming your way, you’re in the wrong lane.

In Just Jenny, Jenny Nance has a plan—save enough money to tour the world. The desire to traipse the globe is a dream she once shared with her twin sister. Jenny made a deathbed promise to her sister that she would go to all the places they had fantasized visiting together. Nothing will entice her to break her vow to Natalie, not even the sexy new Blue Ridge Valley police chief . . . No matter how attracted she is to him.

Dylan Conrad left the Chicago Police Department to accept the position as Chief of Police in Blue Ridge Valley. Burned out and haunted by a tragedy of his own, he needs to get away from the memories tormenting him. He’s hoping to find peace in the small mountain town, but the quirky residents, an infamous moonshiner, an errant prized bull, and a feisty redhead by the name of Jenny weren’t quite what he had in mind. Excerpt #1
I chuckled as I walked to my car. I’d felt Jenny Girl’s eyes on my back and had stifled the urge to flex my ass cheeks for her viewing pleasure. If the women in this town were as pretty as the bartender, I was going to enjoy living here. Watching her was better than seeing the Energizer Bunny in action. She owned that bar and ran it like a well-oiled machine, making drinks and chatting up the customers without missing a beat. Well, chatting to everyone but me, which right there said she was too aware of me for her peace of mind.

Every time she shook a martini, her ponytail bounced against her back, and all I could think about was wrapping that long red tail around my hand and holding her still while I kissed her senseless. Yeah, parts of me long dead were coming back to life. I definitely intended to see her again.

If I had to guess, the asshole at the bar was her boyfriend, but maybe not for much longer. I hoped not. The dude needed to learn how to treat a woman. I’d stood back for a few minutes, listening to them, and it had been all I could do not to say something. With any kind of luck, I’d run into him one day when I was on the job. 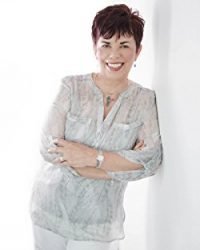 About the Author
A best selling, award winning author, Sandra Owens lives in the beautiful Blue Ridge Mountains of North Carolina. Her family and friends often question her sanity, but have ceased being surprised by what she might get up to next. She’s jumped out of a plane, flown in an aerobatic plane while the pilot performed death-defying stunts, has flown Air Combat (two fighter planes dogfighting, pretending to shoot at each other with laser guns), and rode a Harley motorcycle for years. She regrets nothing.