Welcome to the book blitz for LOVE THE WINE YOU’RE WITH Book Blitz, the second book in the adult romantic comedy series, Vineyard Pleasures, by Brooke E. Wayne. See below for information on the book, buy links, an exclusive excerpt, and details on her giveaway. 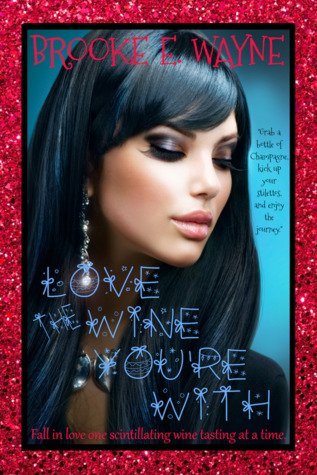 Synopsis
SPRINKLE an emotionally unavailable woman, a lovelorn man, and some delicious chemistry into the middle of the holidays then candy coat it with a whole lotta passion when a friends-with-benefits arrangement turns a vacation into an unexpected journey.

Blanca Grazia, queen of calm, has it all under control. Headstrong. Self-reliant. Determined. She thrives on an intriguing challenge. So, when Blanca’s bestie, Maxine Novaline, begs her to distract Maxie’s boyfriend’s cousin while he’s visiting them in Napa Valley, California, Blanca is all about stepping it up for her BFF. Hot French guy? Yes, please.

All Blanca plans on doing is the—ehem—favor. Then she’ll just friend-zone Julien L’Angevin’s butt all the way back home to France where he belongs. … Until that wrecking ball of a man decides to cash in on a favor of his own.

All Julien wants is another opportunity to see what this wild, pint-sized, fireball of independence is actually made of. Sugar? Spice? Everything nice? Counting on Blanca’s wanderlust for worldly adventures, Julien invites her to his home in Champagne for Christmas. A traveling opportunity the American beauty can’t resist. So what if they decide to add a little pinch of friends-with-benefits to the mix after they come face to face once more and realize that their physical chemistry can’t be denied?

Besides, their arrangement is only for one week. Then they’ll be continents apart again, and life will go on. Right?

LOVE THE WINE YOU’RE WITH is about a young woman bent on staying single while falling in love one scintillating wine tasting at a time.

***This novel is a snarky, passionate, sexy, funny, feel-good CONTEMPORARY ROMANCE-ROMANTIC COMEDY full of twists and turns that will have you laughing out loud from start to finish. Grab a glass of Champagne, kick up your stilettos, and enjoy the journey.***

Although, Love the Wine You’re With is the second book in the Vineyard Pleasures Series, it can be read as a STANDALONE. The story also plays fair to the other seasons, in addition to Christmastime, so it can be enjoyed all year long.

Excerpt
They walked in silence as they weaved around tourists of all nationalities. Blanca soaked in the diversity and half-heartedly discerned the different languages she heard in passing, picking up a phrase here and there as the Christmas spirit thrived among the bustling crowd.

In the distance, Julien leaned against the trunk of his car with his arms folded across his broad pecs. He was dressed in a dark blue cable knit sweater and gray slacks like he’d just come from a semi-formal event even though the sun had only been up for about an hour. He tilted his head to the side, and his blond hair fell in large, unkempt waves covering half of his face. Neither a smile nor a frown played upon his full lips, but the subtle wrinkles at the corner of his eye betrayed his excitement in seeing all of them.

Blanca’s footsteps fell into a slower pace as she inspected him. It was one thing to know in the recesses of her memory that she had seen … and touched … and, let’s just come right out and be blunt … licked all of his bits and parts. But it was an entirely other matter when she had him trapped in her iPhone as nothing but an extreme close-up of sea-glass-bleached-by-the-sun eyes with a wicked grin that could seduce her outright. Except that she was impervious to his moves thanks to their lack of continental proximity.

But, seeing him again face to face sent an unexpected and entirely unwelcome zing of feels to her bits and parts, and an overwhelming urge to turn around and hop the next flight out kicked her in the chest right where she felt the biggest zing of all.

The gravity of the moment rushed up on all of them as Julien reached out to Chase first. Both men embraced one another, planting kisses on each other’s cheeks and breathing out their condolences over the loss of their grandmother.

They had grown up together at Julien’s family’s estate. Chase, though American-born, had spent almost all of his summers living in Champagne with Julien and his family, which was just a short walk across the driveway to his grandmother’s home, according to Chase’s explanation during one of their flights.

Julien pulled back from his cousin and faced Maxie, gripping both her shoulders and tugging her into a stoic kiss that barely grazed her cheek. When he finally turned to Blanca, his expression shifted to a curious eagerness that bordered on desperation, and her pulse decided to skyrocket.

“I am so pleased you’ve come to see me, to see my home. I wish it were under better circumstances.” Julien cupped Blanca’s face with his ice-cold palms and leaned down to kiss her cheek, catching the corner of her mouth causing her breath to hitch out loud.

As Blanca searched for a reply, Julien turned and opened the trunk and, with Chase’s help, jigsaw puzzled the suitcases and duffel bags into his car while Maxie shuffled Blanca into the back seat with her.

She crossed one leg over the other and started bouncing it back and forth.

“Are you okay?” Maxie patted Blanca’s white jeans-clad leg. “You’re going to stab one of these guys in the back with that spiked heel on your boot if you don’t calm down. What gives?”

“Nothing. Everything. I probably shouldn’t have come.”

“Why? Julien obviously wants you here. He only asked you every day for the last week if you’re still coming, and you even cancelled appointments for him. You can’t back out now. Besides, it’s Christmas. It’s our duty to spread some joy up in these guys.”

“I just don’t want him to get the wrong idea. I’m only here to see more of France. I didn’t think—” she lowered her voice to a whisper as Julien and Chase walked around the sides of the car. “I’d ever see him again, or, if I ever did, it would be like a whole year from now at another one of Chase’s parties or after our routine chit-chat eventually lost its steam.”

“So what? You talk to him all the time. What’s the big deal?”

“He’s just a friend. I don’t regret fooling around when we met, but I can’t be more than that now.”

Maxie chuckled and shook her head. “No one’s asking you to.”

Tell that to my heart.

Julien and Chase got into the car, slamming their creaky doors and continuing their conversation in French as Julien fired up the engine and pulled away from the airport. Maxie shrugged at Blanca and leaned in, expecting a translation.

Blanca listened for a seconds, tugging her fingers out of her black leather gloves. “The funeral is tomorrow afternoon with a huge gathering afterward, and it’s going to be packed,” she whispered. “We’re also the last to show up. Almost everyone’s here in the city. They’re, uh, he’s offering, no wait, he said you guys should stay with Chase’s parents at his grandma’s house because of all the drama he caused the last time you three were under one roof.” Hmph. “Which he’s still sorry about,” she added, under her breath. Then, her eyes flew open, and she swatted Julien’s shoulder with her gloves. “Hey, where am I supposed to stay?”

“With me,” Julien replied, then continued his conversation with Chase.

“Hellllo? Don’t I have any say in this decision?”

“You can stay in one of my parents’ guestrooms. I’m sure they won’t mind, but wouldn’t you rather keep me company? You spend all your nights with me on FaceTime as it is.”

He’s got me there.

Blanca leaned in and whispered into Maxie’s ear to ensure they couldn’t hear her. “If things get weird staying with Chase’s parents, I’ll fake a meltdown and get us into a hotel, and if Julien gets all grabby hands on me while I’m staying with him, I’ll, eh, I guess I’ll just see how it goes.”

Chase twisted around in his seat. “What are you two scheming now?”

“Nothing,” they both exclaimed at the same time. 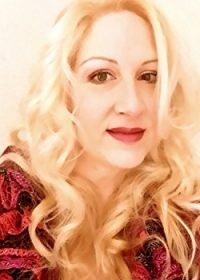 About the Author
BROOKE E. WAYNE is a Contemporary Romantic Comedy novelist who lives the RomCom dream in California. She is married to a South Philly, Eagles-obsessed Italian who she met online before it was cool. They have two young daughters who flood their happily-ever-after lives with girly giggles and immeasurable love.

When she is not dribbling sticky sweet/sensual romance with a lighthearted, witty twist all over the pages of a RomCom manuscript, she teaches English Language Arts.