Welcome to the book blitz for MARRYING AN ALIEN POP STAR, the third book in the adult scifi romantic comedy series, Alien Pop Star, by Kendra L. Saunders. See below for information on the book and series, buy links, an exclusive excerpt, and details on her giveaway. 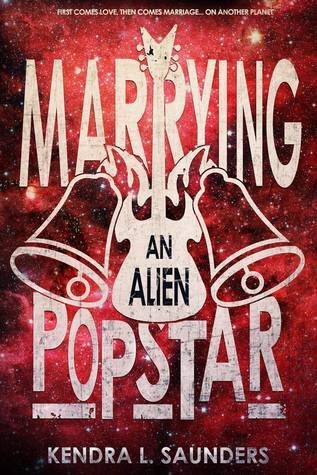 Synopsis
Daisy Kirkwood and her best friend Kammie have adjusted to life on an alien planet pretty well, all things considered. And thanks to Daisy’s alien pop star boyfriend, Griffin Valentino, she has plenty of sexy new experiences to keep her busy. But it’s not possible to take a massive music nerd away from her home planet and not expect her to pine for a concert or a record store at least in once in a while.

Heading back to Earth with Griffin and his best friend Dev for a brief but much-needed visit, the girls want nothing more than to catch up on the underground music scene of New York City. Unfortunately, thanks to Griffin’s less-than-stellar space traveling skills, they accidentally pick up a hitchhiker. Or three hundred. Their many-legged stowaway beasties take up residence in the darkest, creepiest corners of Manhattan, leaving the gang no choice but to experience a very different underground than they bargained for.

Giant alien bugs aside, Griffin has some epic plans of his own for their trip, plans that involve a concert, an album… and the most outrageous marriage proposal that Earth has ever seen.

Excerpt #1
Somehow, every time I return to Earth, the awful smells that make up New York City seem even more welcome to my nose. A woman can only be without the olfactory cocktail of garbage, cheap coffee, morning cigarettes, and desperate hangovers for so long.

Griffin tips himself over a filthy looking garbage can and throws up for all he’s worth. I wander away a little and stare at taxis rolling by, willing my own stomach to calm down.

I’ve ‘traveled’ through space several times with Griffin, but it really doesn’t make it any easier, evidenced by my stomach’s gleeful attempt to empty everything inside it as soon as we land at our destination. Usually, I can bully my stomach into calming down before anything actually manages to come up, but the same can’t be said for Griffin. Somehow, he’s a million times worse at traveling through space than I am, despite his people’s advanced capabilities.

And see, I love him, and aspire to comfort him when he’s feeling sad or sick, but I know better than to get too close at a time like this. Besides, that’s exactly what Griffin’s best friend Dev is for.

Aforementioned best friend makes a beeline for Griffin, sidling up to him and patting him on the back. “It’s alright,” he says, in the special soothing voice he uses for Griffin in times of stomach disaster. “Just breathe through your nose, Griff. Pretend you’re on a horizon. Everything is still. Nothing moves. You’re weightless and blissful.”

Griffin raises his head and grumbles something about not feeling very blissful, and then lurches forward to vomit again.

Where Griffin is dark haired and pale and pointy, Dev’s handsomely golden in every respect. His skin always looks freshly sun-kissed, and his big gray eyes seem rested even when he hasn’t slept. He’s a calming force on everyone he comes into contact with, even his manic best friend. “Find your calm, Griff. You’re alright. You’re weightless and–”

“I’m not alright!” Griffin replies, flailing his hands around while still leaned fully over the bin.

Dev pats Griffin on the back. “I’m proud of you, Griff. You programmed our trip this time, and you didn’t kill any of us.”

His praise is justified, because this is actually kind of a big deal. Griffin is infamously terrible at travel, and has sent himself to a few dangerous places by accident over the years. Of course, reminding him of this fact never goes over well, and today is no exception. He raises his head again to pin Dev with a nasty look.

“I happen to be…” he starts to say, and then takes a long pause, “somewhat better at traveling than I used to be, thank you very much.” With that, he pukes again, and Dev bites his lower lip to keep from smiling. 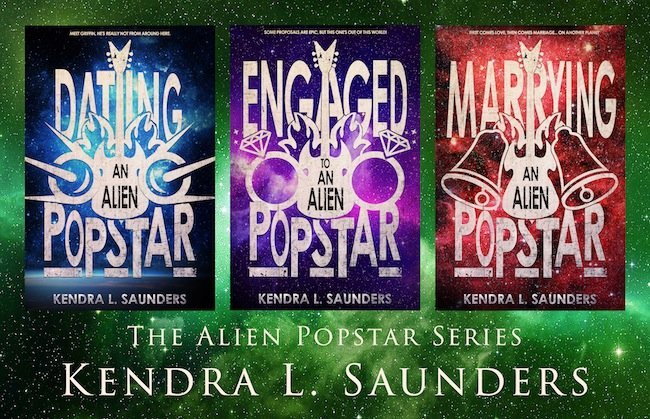 Get caught up on the series! 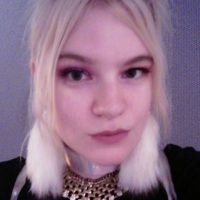 About the Author
Kendra L. Saunders is a time-and-space traveling fashionista author who writes books about magical, dark-haired men, interviews famous people, and suggests way too many bands to you via whatever social media platform she can get her hands on. She writes with good humor because humor is the best weapon for a girl who can’t learn karate (or ballroom dancing).

She is the author of DATING AN ALIEN POP STAR, the magic realism novel INANIMATE OBJECTS, dark comedy DEATH AND MR. RIGHT, the upcoming romance THE UNLOVE SPELL, and has conducted interviews with NYT Bestselling author Jennifer L. Armentrout, goth rocker Aurelio Voltaire, and Project Runway winners Dmitry Sholokhov and Michelle Lesniak Franklin among many, many others.