Welcome to the book blitz for MASON DIXON the first book in the adult urban fantasy, Monster Hunter, by Eric R. Asher. See below for information on the book, buy links, an exclusive excerpt, and details on his giveaway. 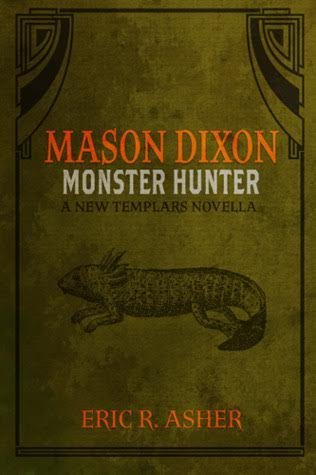 Synopsis
They are the first line of defense against the things that go bump in the night.

They are the keepers of a centuries-old legacy of The Church defending the world against the forces of darkness.

They are the new Templars, and things are about to get weird.

From the pages of Bubba the Monster Hunter comes a new series featuring the Hunters from around the United States hunting down monsters, fighting off supernatural baddies, and making life really, really bad for the things that hunt people.

He’s Mason Dixon, and he’s a bona fide internet celebrity. He has his own video series, a pistol that deserves its own area code, and a high definition video camera, and he’s not afraid to use any of them.

In this introductory urban fantasy novella, we meet Mason, his right hand Emma, his “handler” Noah, his anime-styled hacker friend Himari, and more monsters than you can shake a stick at. Unless it’s a really big stick.

With Mason, it’s always a big stick. This first novella in the series follows Mason through the wilds of Missouri as he hunts down monsters that hunt men, monsters that eat chewing tobacco, and monsters that make pancakes. And there’s moonshine.

And then Bubba the Monster Hunter shows up.

The New Templars novella series is a new series of short novels, similar to BookShots. Mason Dixon – Monster Hunter is the first in the series by popular urban fantasy and steampunk author Eric R. Asher...

Excerpt #2
“Mason, I’d really rather not go to lockup tonight.”

The gowrows squawked agreeably from the back seat.

“Put your harness on,” I said.

“Mason?” Emma asked hesitantly as she pulled the racing harness over her shoulders.

I did the same, awkwardly buckling the crotch piece with one hand. “Drop a couple apples on the floor board. I want the gowrows as low as they can get.”

She pulled two out of the glove box and tossed them into the back. My seat bounced forward when the first gowrow dove for the nearest apple.

“Alright kid, let’s see what you got me.” I pushed the power button on the radio and held it down. Three seconds later, a panel slid out with a series of very much not factory approved features.

“What the hell are we doing?” Emma asked.

I floored the accelerator. We hit 60 pretty fast, at which point I said, “Nitrous,” and hit the big blue button. The engine screamed as the injection hit, and rocketed us up to 110 miles per hour, which is a really stupid thing to do on a country highway.

“Oh shit oh shit oh shit,” Emma said as the force of the acceleration smashed us into our seats. The gowrows squealed in the back, their necks stretched over the seat, and jaws widened like they were screaming. I ground my teeth together. It felt like we were leaving the earth as we crested the small hills, and the tires screamed around gentle turns that were barely turns at all.

In the end, it would only buy us a few seconds against the helicopter, but that might be enough. We soared through another two miles, and I crushed the brakes when I saw the turn off for Swinging Bridges Road in the distance. Smoke and screeches and the squeals of the gowrows filled the early morning air.

I wrenched the wheel and bounced off the highway as fast as I dared in the old truck.

“Gravel!” Emma shouted. “Why are there still gravel roads out here!”

“Wait until you see the bridge.” 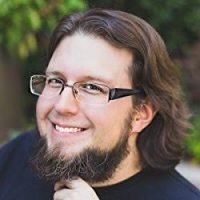 About the Author
Eric is a former bookseller, cellist, and comic seller currently living in Saint Louis, Missouri. A lifelong enthusiast of books, music, toys, and games, he discovered a love for the written word after being dragged to the library by his parents at a young age. When he is not writing, you can usually find him reading, gaming, or buried beneath a small avalanche of Transformers.