Welcome to the book blitz for SECRET LADY, the third book in the new adult time-traveling fantasy romance series, Ladies in Time, by Beth Trissel. See below for information on the book and series, buy links, an exclusive excerpt, and details on her giveaway. 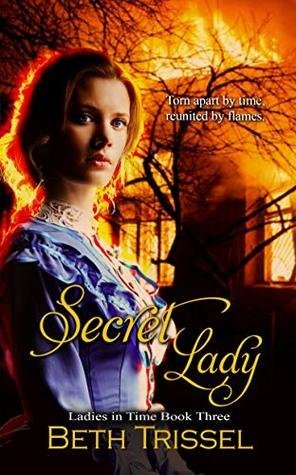 Synopsis
At Lavender House, Evie McIntyre is haunted by the whispers from her bedroom closet. Before she can make sense of their murmurs, the house “warbles” between times and transports her to the Civil War. Past and present have blended, and Evie wishes she’d paid more attention to history. Especially since former Confederate officer, Jack Ramsey, could use a heads up.

Torn between opposing forces, Jack struggles to defend the valley and people he loves. Meeting Evie turns his already tumultuous world upside down. Will solving the mystery of the whispers return her home, and will the handsome scout be by her side?

Against the background of Sheridan’s Burning of the Shenandoah Valley, Jack and Evie fight to save their friends and themselves – or is history carved in stone?

Excerpt #2
“They brought the draft back?” This was it. She had officially lost her mind.

“It never went away. Where have you been, miss? More to the point, who are you?” His gruff demand stirred the hair at her cheek.

She tilted her face at him. Only the barest outline of his strong features was visible, and yet… Man, was he hot. Focus Evie. “I told you. I’m Evie McIntyre. I live here with my grandmother. Didn’t you realize?”

“That so? I don’t suppose you would be a spy in a Mennonite house. Still. Never know. I best get a good look at you.”

“Who would I be spying for?”

“Rebs. Neither side wishes me well. I’m in no man’s land.”

Her heart drummed wildly. “Where does that leave me?”

“That’s the question, isn’t it?” He steadied Evie on her feet.

Was it? She had no idea what was going on and watched dazedly as he took something from the leather pouch hanging over his shoulder. “What’s that?”

He’d lost her again. There must be a powerful resistance movement at work. She didn’t follow politics. Maybe she should. Had matters come to an explosive head tonight? Why hadn’t her grandmother said something?

He drew what resembled matches from a small metal container and struck one. Sulphurous sparks added pungency to the room. He lit the stubby candle in a tin lantern on an end table. Shadows danced from the pale taper glowing through the punches in the metal. Pretty, how the light made patterns on the ceiling.

Wait. Where had that lantern come from?

The stained-glass lamp Grandma G. treasured was just there before she went to bed. Dear God in heaven. What had happened to the room? 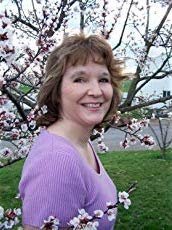 About the Author
Married to my high school sweetheart, I live on a farm in the Shenandoah Valley of Virginia with my people and furbabies. An avid gardener, I grow herbs and heirloom flowers and use them in my stories. The rich history of Virginia, the Native Americans, and the Scots-Irish are at the heart of my inspiration. My English/Scots-Irish ancestors were among the earliest settlers in America and the valley. I write historical romance set in the colonial frontier (The Native American Warrior Series), and the American Revolution (The Traitor’s Legacy Series). Some of my historicals include ghosts and other paranormal elements. I also write Young Adult shapeshifter/ fantasy romance (The Secret Warrior Series), and New Adult time travel/time slip romance, Somewhere in Time, and my latest ongoing series, Ladies in Time. I also write single titles and nonfiction.