Welcome to the book blitz for SHANTALLOW, a stand-alone young adult horror novel, by Cara Martin, releasing September 24, 2019. See below for information on the book, preorder links, an exclusive excerpt, and details on her giveaway. 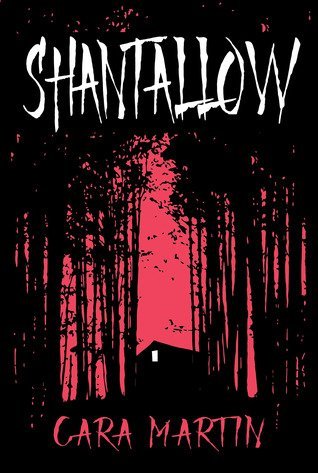 Synopsis
Tanvi isn’t the girl of Misha’s dreams; she’s the girl from his nightmares. She has appeared in his chilling dreams before he even meets her; when he DOES meet her, he falls for her.

Their relationship turns stormy, bordering on abusive, and takes a dramatic turn when they are held captive by a group hoping to extract money from Tanvi’s wealthy family.

But there is something more sinister at work, and the kidnappers and their victims find themselves struggling for survival as a supernatural force from Misha’s nightmares makes itself known in the real world.

Excerpt #2
She wasn’t a dream. We weren’t standing in the clearing in the woods, the sky as black as dirty oil and gloom pressing in on us from every angle. She was a regular teenage girl next to me, one of her overalls straps threatening to slip off her shoulder.

Tanvi shifted into park and furrowed her eyebrows. “You like what you see?” she asked pointedly, right hand firmly clutching the gearshift. Brown eyes stared at me appraisingly, a current of antagonism headed directly for my forehead while I refused to duck.

“You’ve been staring at me practically the entire ride. I figured you must like what you see.” If she’d seen me in her nightmares she would’ve stared too. On the lawn and again in her car. No matter how she tried to stop herself.

“I do,” I admitted. I like it a lot. The hairs at the back of my neck stood on end. My calf muscles clenched and my jaw along with them, the falling sensation expanding inside me like a mushroom cloud, annihilating everything else.

A sour smile skimmed across Tanvi’s lips, only to be replaced with a frown. “What if I followed you inside?” she asked. “What would you do?”

That wasn’t a fair question, and I frowned back. Outside a dog was barking wearily, as if purely by habit. Arctic air from the car vents brushed my arms like invisible fingertips.

“You don’t want me to?” Tanvi asked, leaning back against the headrest.

Then her cellphone chirped, demanding her attention and giving me extra time to work out her desired reaction. Was she messing with my head? Baiting me so that she could relish shooting me down? What could I do or say that wouldn’t be the wrong thing? Who the hell was this girl? Why was she stalking my nightmares?

Tanvi fished her phone out of her overalls pocket, biting the side of her lip as she glanced at the screen. “My friends back at the movie theater,” she volunteered with a glance. “They realized I was gone.”

“Why did you leave?”

Tanvi shrugged, her dusty pink lips drooping at the corners. “I didn’t want to be there.”

“Because of your bad day?”

“Uh-huh.” Any anger coming off her had dissolved, sadness gusting in to take its place. My defensiveness began to fall away as the change registered.

“I don’t think you really want to be here either,” I observed, heart punching against my rib cage. “Why’d you drive me home?”

“I don’t know.” She laid a finger against the amethyst centerpiece of her bracelet. “Don’t you ever do something without really knowing why?”

“All the time,” I replied. Not the whole truth, but it made Tanvi smile.

“Actually, I do know,” she admitted with an incline of her head. “I didn’t want to think. I wanted” — her lips lingered, blooming in slow motion — “a break. But I don’t want to talk about what from. That defeats the purpose.”

“Okay,” I said quietly, the ground beneath us shifting and whatever was going to happen between us tonight beginning to come into focus. “Then … come in if you like.” I unbuckled my seatbelt, the joint pain and headache worse now that I was opening the car door and stepping onto the asphalt. Nervous energy collided with the flu symptoms, struggling to overtake them. Leaning down, I peered into the car. “I do want you to,” I said. 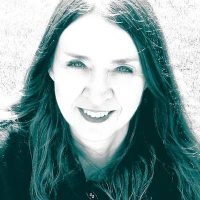 About the Author
Cara Martin is the author of several acclaimed novels for young people published under the name C. K. Kelly Martin. Her most recent novel, Stricken, was released in 2017. A graduate of the Film Studies program at York University, Cara has lived in the Greater Toronto Area and Dublin, Ireland. Within the space of 3500 miles she’s worked a collection of quirky jobs at multiple pubs and video stores, an electricity company, a division of the Irish post office, a London toyshop, and an advertising analytics company. She’s also been an image editor for a dot-com startup that didn’t survive the 90s, and a credit note clerk for Canada’s largest national distributor of General Merchandise. Cara currently resides in Ottawa, Ontario with her husband and is still afraid of the Child Catcher from the film adaptation of CHITTY CHITTY BANG BANG.