Welcome to the book blitz for SILVER BATAL AND THE WATER DRAGON RACES, the first book in the middle-grade fantasy series, Water Dragon Races, by K.D. Halbrook. See below for information on the book, buy links, an exclusive excerpt, and details on her giveaway. 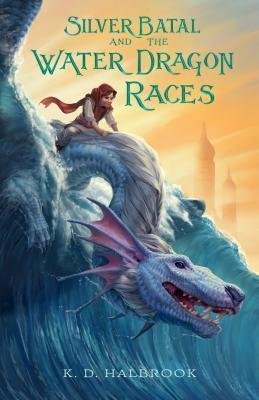 Silver’s dreams of becoming a legendary water dragon racer come true when she befriends a rare dragon that can swim and fly.

Thirteen-year-old Silver Batal calls the desert home, but her heart belongs to the waters. Although she’s expected to become a jeweler like her father, Silver harbors a secret and forbidden wish to race water dragons. Destiny comes calling when her friendship with a mysterious old woman leads her to Hiyyan, a baby dragon that can swim and fly.

Risking everything, Silver, Hiyyan, and her resourceful cousin Brajon set off across the desert to join the legendary races in the royal city. But the road to Calidia is filled with danger, and the trio must band together as they encounter ferocious cave beasts, clever desert foxes, and cutthroat competition.

Excerpt #2
“Brajon!” Silver screamed. She jumped to her feet and flung her hands all over her neck, her face, her back. Her feet brushed against something squishy and pricks of pain shot from her soles up into her ankles.

Silver grabbed at her ankles with a cry and her hands came away with blood. The things—the stretching, wormlike things—were above them and below them and they had teeth. They were sucking her blood from the back of her neck and attaching to the bottom of her feet. Brajon frantically danced next to her, trying to yank the slimy things off.

“They’re down my tunic!” he yelped. He flung his top off and clawed at his skin.

“Get them off me!” Silver hopped on her blanket to keep more worms from attaching to her feet, but several were already attached and sucking. Every time she pulled one loose, another took its place. Her skin was being shredded. Trickles of blood began running down her skin. The scent and sight sent the worms into a frenzy.

But Hiyyan was already trying, biting with his rows of teeth. He beat his wings at the worms that kept dropping from the ceiling and stomped the ones on the ground with his big, flat feet. His thick scales were impenetrable, but he roared, sharing in her pain.

In his frenzy to reach Silver, Hiyyan knocked Brajon to the ground, where more worms rose up to attach themselves to his arms.

In the chaos, Silver slipped and fell to the ground, banging her cheek against the rock. She bit her tongue and the salty taste of blood exploded in her mouth. A worm smelled the blood on her tongue and lunged for her face.

This is the end, Silver thought, clamping her mouth shut and protecting her face with her hands. Some destiny. I’m going to be eaten alive by worms before I ever get to race Hiyyan.

But then a pair of those silvery eyes flashed in the corner of her vision. A small furry creature leaped past her face, taking the worm in its mouth and ripping it to shreds. The torn pieces thrashed before becoming still.

And then, more silver eyes and more furry creatures were flying through the air, landing with their sharp little teeth poised to tear the worms apart. There were dozens…maybe hundreds of them, all attacking the slithering worms. Silver felt the slimy jaws yanked painfully from her body. She frantically felt for any remaining worms, then tore one from her shoulder. She threw it into the water where a fish gobbled it up.

Slowly, the haziness in Silver’s vision faded. All the colorful spots that appeared and burst went away. She lay on the cave floor until her heart calmed. Her body still tingled, but the bleeding soon stopped. Hiyyan stopped writhing and curled up next to her. A few feet away, she heard Brajon working to catch his breath.

Just inside the glow of their lantern, several pairs of little animal eyes watched them, waiting, as though they wouldn’t leave until they were sure Silver and Brajon were all right. 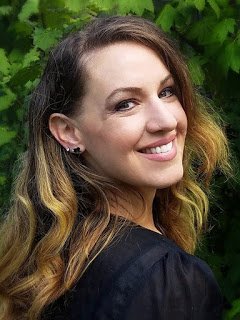 About the Author
K.D. Halbrook is an author of Middle Grade and Young Adult novels (as Kristin Halbrook). Her debut Middle Grade book, SMOKE AND MIRRORS (Simon & Schuster/Paula Wiseman Books) was called “captivating,” “enchanting,” and “artful” in trade reviews and, in a starred review, the BCCB said, “The novel’s wistful prose and a relatable search for the Light will be rewarding for readers who can see in the Smoke any number of metaphors for the things that haunt us.”

K.D.’s next Middle Grade is the first in an exciting series: SILVER BATAL AND THE WATER DRAGON RACES, releasing in June, 2019 from Macmillan/Henry Holt BFYR.

K.D. is a graduate of the University of Washington and lives with her family and floofy goldendoodle in Seattle. When not writing and sharing her love of books with readers, she enjoys cooking and baking, running and triathlon training, yoga, gardening, painting, hiking, and travel. She would love a dragon that swims AND flies.