Welcome to the blog tour for SONG OF SACRIFICE Blog Tour, the first book in the adult historical/fantasy romance series, The Homeric Chronicles, by Janell Rhiannon. See below for information the book, buy links, an exclusive excerpt, and details on her giveaway. 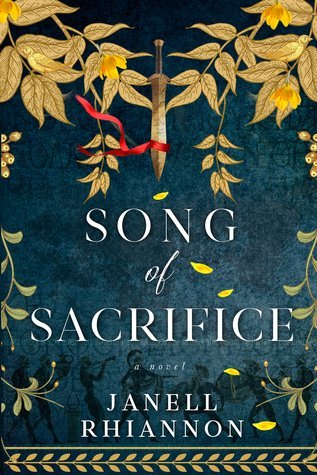 Synopsis
The heart of the Trojan War belongs to the women.

Mothers and daughters; wives and war prizes, whisper to us across time…

…remember our songs alongside the mighty men of myth.

As the Age of Heroes wanes, the gods gamble more fiercely with mortals’ lives than they ever have before. Women must rely on their inner strength and cunning to survive the wars men wage for gold and glory.

Clytemnestra of Mycenae struggles for control of her life after Agamemnon ruthlessly rips it apart. Leda of Sparta survives a brutal assault by Zeus, shouldering a terrible secret in silence. Penelope raises Ithaka’s sole heir alone, praying for Odysseus’ swift return. Thetis, the sea nymph, despairs of her son’s destiny and resorts to forbidden magic to save him. Hecuba of Troy mourns the loss of her second son to a dark prophesy. And Shavash of Pedasus prepares her daughter to marry the greatest warrior who ever lived.

In a world where love leads to war and duty leads to destruction, the iron hearts of heroines will conquer all.

Replaces Song of Princes as the first book in the Homeric Chronicles. 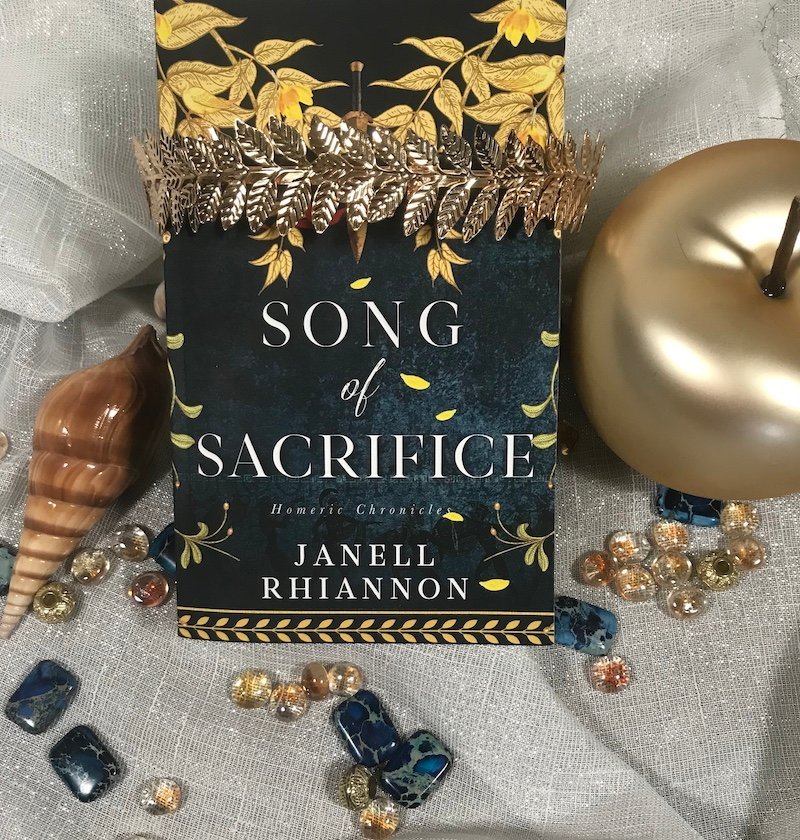 BRISEIS FUSSED WITH her gown. “I don’t like the color, Mother.” She scratched at the golden belt.

“It brings out the pale of your eyes. It’s a fine blue dye. Very costly. Your father searched high and low for such a treasure.” Shavash cupped her daughter’s cheek. ”I’ve dreamt of this day since I carried you beneath my heart.”

“I don’t care about Chryseis’ prophecy. I don’t want to marry a warrior.”

“A prince, Briseis. Hektor is the Prince of Troy. There is no more worthy man than he.”

Briseis wrinkled her nose. “Old. Wise. What if he’s hairy? Stinks of horse?”

Shavash laughed. “Daughter, you needn’t worry about such matters. He’s said to be most handsome. He was a lovely boy, as I recall.”

“If you say so.” Briseis gave a final tug at her gown. “Can we get this over with?”

Shavash sighed heavily. Moving to her daughter’s side, she grabbed Briseis firmly by the chin. “Marriage isn’t about what we want as women. It’s about what we provide to our husbands and our cities. The men plant their seeds in our bodies and we bear the fruit of their legacy.” She squeezed tighter. “It’s the way of our world. If you’re blessed with a kind and handsome husband, bear him many children, consider yourself blessed by the gods. Fight this, and you will surely be cursed and not just by the gods, but by your father … and your mother.”

The young Princess of Pedasus stared into her mother’s hard eyes. Her chin quivered in her mother’s tight grasp. Her lips moved awkwardly as she said, “I obey.”

Shavash released her grip, returning once again to the doting mother. “Good. See, you’re more ready to be a wife than you realized.”

TENDER OLIVE BRANCHES and flowers decorated the courtyard, filling the air with the pungent aromas of a fresh spring. Colorful ribbons and banners fluttered gently in the warm breeze. Musicians plucked a melodic tune with lyres and flutes. All eyes turned toward Briseis clinging to her mother’s hand, as she followed behind her father, King Briseus, into the midst of the joyful gathering anticipating a betrothal of the Prince of Troy to the Princess of Pedasus. They stopped before the king and queen seated across the way.

King Briseus bowed his head, Queen Shavash elbowed Briseis to follow suit. The princess kept her eyes downcast, afraid to look up and find the man her parents intended her to marry staring at her.

Queen Hecuba spoke with a soft command. “Raise your face to me, child. Let me see for myself this great beauty, not yet in full bloom.”

Briseis lifted her head, leveling her eyes to the queen’s. She squirmed under Hecuba’s intense scrutiny.

“It’s true, you do have an enchanting face.” Signaling across the courtyard, Hecuba caught Hektor’s attention. “You should meet my son, Prince Hektor.”

As the queen finished speaking, a tall, dark-skinned man came to stand beside her. His shoulders were so wide that he blocked the afternoon light. Briseis blinked and her heart pounded.

Shavash smiled widely at the man. “Hektor? You’ve grown so much I can scarce see the boy you used to be.”

“Queen Shavash, I am honored you remember me at all.”

“How could I forget the boy who could think of nothing else but his warhorse? Do you still have him?”

Hektor smiled, showing all of his teeth. “He’s a fine animal. The prize of the royal stables.”

“As it should be,” Shavash replied.

Queen Shavash put her hand gently behind her daughter’s back, pushing her slightly forward. “Prince Hektor, this is my daughter, the Princess Briseis.”

Briseis glanced up to see Hektor’s expectant face. In the corner of her eye, she could see her father standing there beaming with pride and hope, and a young woman staring at her with eyes of ice. She bowed her head. “I-I am …”

Hektor laughed. “Am I so ugly, then?”

“That’s good to hear. It would be awkward if my future wife found me undesirable.”

A voice said, “She will never marry you, brother.”

All heads turned toward the woman with the icy glare. Briseis shivered.

King Priam’s face flattened with impatience, as he snapped, “Keep your ill words to yourself, Cassandra. It’s her destiny to marry the greatest warrior. She will marry Hektor, if he will have her.”

The Trojan princess’ face turned as white as ash from a dead fire. “There will be smoke and fire when he arrives. And he will take her as his prize.”

Horrified faces turned toward Briseis. Tears spilled over her bottom lashes. What does she mean? What smoke and fire?

Prince Hektor ignored his sister’s words. “Would you care to see the stables, Princess Briseis?”

Still shaken, Briseis whispered, “Yes, if my mother will allow it.”

Queen Hecuba waved a hand and a royal guard gently escorted the strange woman away. “Of course, she will. She’ll recall the way to the Hektor’s heart is through the stable.”

As Hektor extended a warm hand, Briseis smiled for the first time in days. Maybe he isn’t too hairy after all. 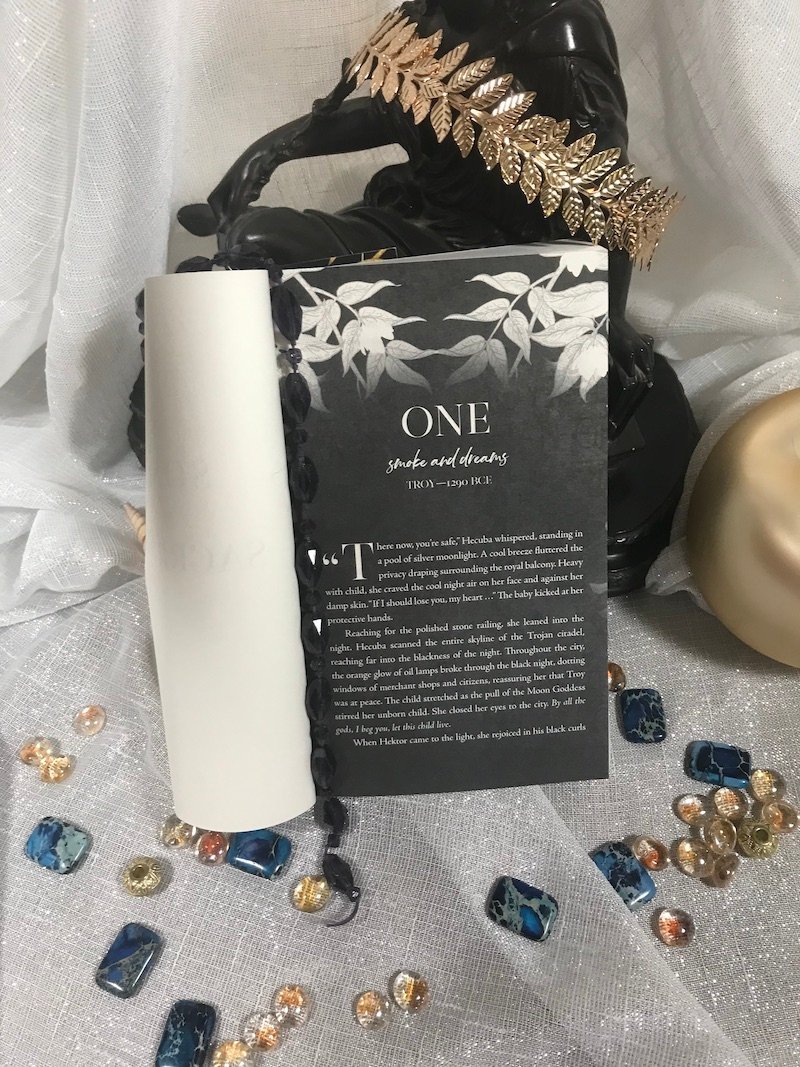 About the Author
In graduate school, Janell focused on the ancient history of Greece and Rome. Hooked by the “sword and sandal” world, she studied everything she could about mythology and Alexander the Great.

The Homeric Chronicles series is dedicated to merging dozens of Greek myths, including Homer’s epics, with plays, history, and archaeology. Her intent is to raise the heroines’ voices equally alongside the heroes, opening up a traditionally male focused genre to a female audience.

She lives in CA and enjoys spending time with her children and grandchildren. She has a pack of two big dogs and two cats..