Book Blitz – Excerpt + Giveaway – THE BLONDE WHO GOT AWAY (Blonde Struck) by Emily J. Wright

Welcome to the book blitz for THE BLONDE WHO GOT AWAY, the first book in the new adult romantic suspense series, Blonde Struck, by Emily J. Wright. See below for information on the book, buy links, an exclusive excerpt, and details on her giveaway. 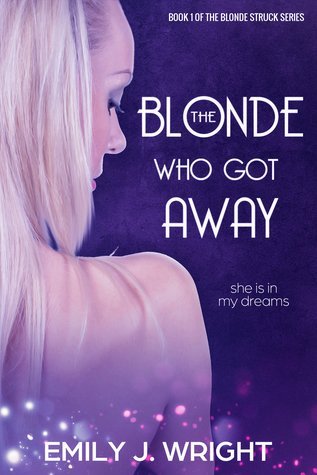 THE BLONDE WHO GOT AWAY (Blonde Struck #1) by Emily J. Wright

The name just doesn’t have a nice ring to it, but it’s a way of living. His life motto—pleasing every woman with multiple orgasms and making them beg for more. His only hobby—swinging on a sex swing with a voluptuous woman. His favorite vacation—drinking ‘Sex on the beach’ in his Jacuzzi while a woman goes down on him hard. All he wants is sex—anytime, any day, with no strings attached, and no commitment.

As for settling down, he doesn’t believe in marriage, nor has time for something as stupid as love. He has a business to run too, you know. How else could he afford the lifestyle he has worked so hard for? It was not easy for him to make way from a modest suburb of Chicago to a penthouse in the upper east side of New York. He had to push people around. He dipped his toes into blackmailing. He broke the trust and hearts of hundreds.

Is he proud of his actions? Yes, of course. Will he do it again? Fuck, yeah. Is he afraid of the Karma? Nah…He is a Chicago born and bred. He’ll make Karma his bitch before she could do the same.

‘Love thy neighbor.’ That’s what Brandon thought the Bible said. But some women from the neighboring building threw shoes at him which made him believe otherwise. That’s not the welcome home present he was expecting.

Asshole. Jerk. Douche. That’s some of the kind words he has been called on his first day back from the hospital. It has been brought to his attention that he wasn’t the nicest person to be around. He broke ties with his parents because he found them too clingy. His friends are ungrateful bastards. And he has no one left to share his life with. But good for him that he doesn’t remember any of it. He lost his memory in an accident that put him in a coma for two months.

Now, he is determined to get his life back on track. To make amends to those who he has wronged. But only if he could stop getting distracted by the beautiful blonde whom he fell in love with when he was in a coma. He is hallucinating according to his doctor. His butler says she is a flicker of his imagination. But she is real to Brandon, and he will find her by any means possible. While the debate still continues about her existence with no agreement in sight, they all, however, agree on calling her ‘the blonde who got away.’ 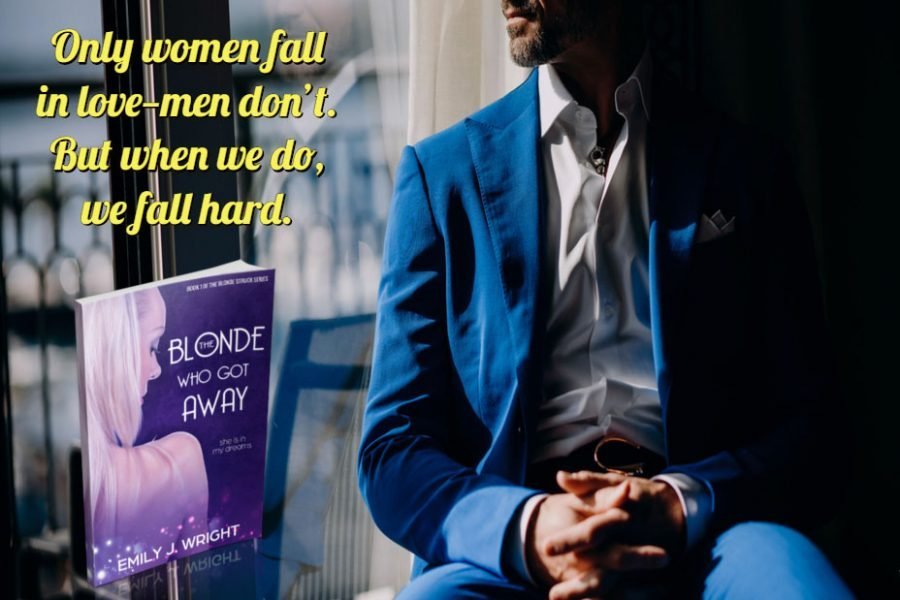 Excerpt #2
I am infuriated. My office is a sex-charged, blonde-dominated, no work zone.

“Who is the blonde I hired before the accident?” I have seen enough of my jungle of office and come straight to the point for which I am here.

“Oh, that hot cake is . . .” Todd is taking his time, building up the anticipation, pointing everyone in the office from one corner to another with his index finger until he finally stops on a cubicle where a blonde is applying nail polish. “. . . right there.”

That’s no woman. She is a girl—probably 20 or 21. She has her feet up on the table, her heels are scratching the expensive monitor, and her legs . . . let’s just say she is leaving nothing to the imagination in her short skirt. I can even see her red panty because the elevation of her legs has caused her already short skirt to rise up.

“No . . . ,” I say, feeling disgusted that how could he even think that she is ‘the blonde who got away.’ “She is barely of drinking age. rubbingDoes she even have a college degree?”

“She has a diploma—”

“Good. At least she has a diploma. The rest of them looks like high school dropouts with an experience of a failed modeling career under their belt.”

“You didn’t let me finish. She has a diploma in cosmetology.”

“The girl with a diploma in cosmetology is working for an insurance brokerage company? That’s interesting!” Jeremy says, caressing his chin with his index finger and thumb. “How did she even get a job here?”

“After careful scrutiny of her pussy and appropriate verification of her boobs, the 70% owner of this company cheery-picked this gorgeous young lady. Do you want to know who holds 70% controlling interest in this company?”

“No need to explain further. We get the idea.” I stop Todd from embarrassing me further.

“Mr. B . . .” ‘The girl with the diploma’ sees me. “Oh, my God, you are here,” she says with a shrilled voice and starts jumping in excitement. She surely spins every blonde head towards me. Now, they all have their eyes on me.

‘The girl with the diploma’ runs and jumps at me. She is petite, but her boobs are too big for her body and are currently pressed against my chest while she hangs down my neck.

“I missed you so much.” She kisses me on my face multiple times before I could take my next breath.

“Me too.” I bend a little so she can land on her feet—literally.

“When I heard you were in a car crash, I cried so much that my mascara ran everywhere. So, I went to the store to buy a waterproof one. But they were out of stock. I had to stop applying it for a week until it became available again.”

All right, I am going to say this. She is a dumb one. I was dying, and she was concerned about her mascara.

The rest of them have now started to flock around me. They are all talking at the same time, and I can’t make anything out of it. I feel like a cult leader right now, surrounded by his followers.

All right, their obsession with me can be for one of the two things. Either I am really running a cult and have hooked them on drugs, or I pay them much more than they deserve and they are glad that I am not dead. I’ll go with the latter.

“Shut up!” Someone yells, and the chatter stops. 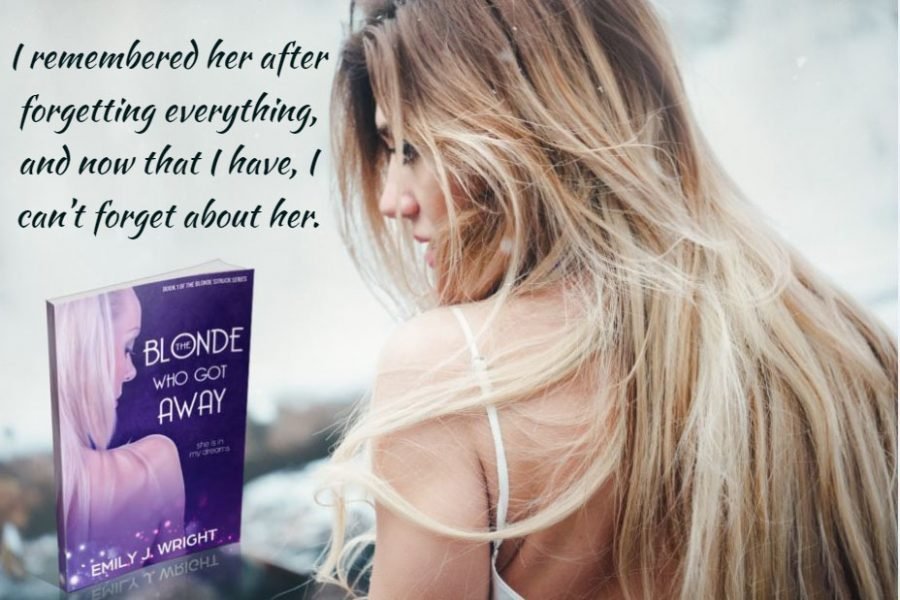 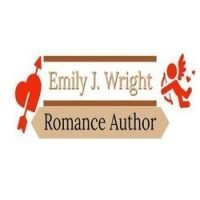 About the Author
Emily J. Wright had her life planned out from the start. She graduated from high school, went to college, did her CPA and got a corporate job as an analyst. But one thing she didn’t plan for was finding clumps of hair in her shower drain. That’s when she realized that the numbers in her head can’t co-exist with the stories forming in her head. So, for the sake of her hair, and not appear sleeping with open eyes in every office meeting when her mind drifts away to think a plot twist to bring the protagonist together with the heroine, she puts fingers to the wireless keyboard and starts putting together the stories.

In the world where quiet is a luxury, she found her home in the peaceful suburbs of Dublin, Ohio, where she lived with Zeus, her Labrador, and her cat, Mimi, who makes Zeus miserable by day but sleeps with him in his bed at night.

Yes…she is still single by choice. She is waiting for someone with whom she can share the same chemistry that Paul Reiser and Helen Hunt had in ‘Mad About You.’ Damn it! That show has ruined her. Fingers crossed, this year she gets what she wanted.

And one more thing, for a millennial, her social media skills sucks, so she would appreciate if you stop by her pages to give her some tips.