Welcome to the book blitz for THE CONTESSA’S BROOCH, the fourth book in the adult mystery series, Harmony Duprie Mysteries, by P.J. MacLayne. See below for information the book and series, buy links, an exclusive excerpt, and details on her giveaway. 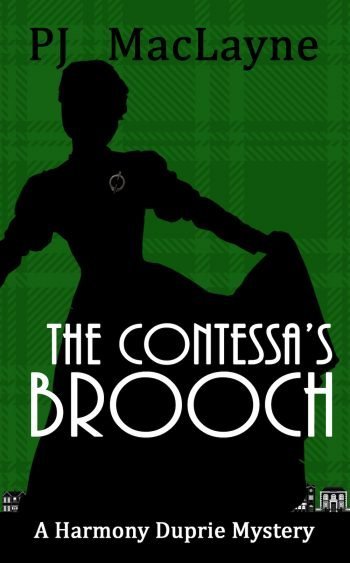 Synopsis
A firebug is stalking Oak Grove and internet researcher Harmony Duprie is on the case. It starts as a simple data analysis project for Police Chief Sorenson, but things get personal when the house she renovated is targeted.

The arsonist is in it for the glory, posting videos of his exploits on social media. So, Harmony calls for backup from her favorite computer hackers, Eli, Lando, and Scotty. Complications arise when Fiesker, a fire investigator with a chip on his shoulder, is brought in to unmask the culprit and put an end to the fires. Then there’s the mysterious emails being sent to the town’s firefighters. And who is leaving a trail of Celtic brooches behind?

Harmony finally gets a break when Jake, her ex, stumbles across information that might lead to the guilty party.

Can Eli, Lando and Scotty help Harmony track down the pyromaniac before someone gets hurt? Or, worse yet, killed? 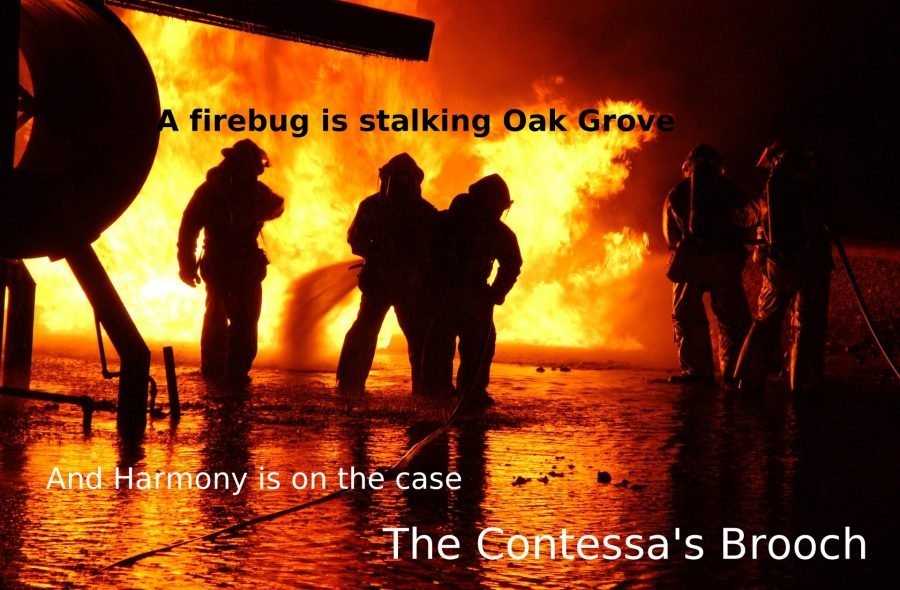 Excerpt #2
The emergency vehicles traveled faster than the speed limit and soon were out of eyesight. It didn’t matter because the red glow in the sky led me to the fire’s location, a residential area on Broad Street.

I parked a block away. Close enough for my purposes. I knew the house because I thought about buying it to fix up before I started working at the library. Built in the ’50s, it wasn’t anything fancy, just a solid little house that had seen better days. No one lived there when Sarah, my real estate expert, took me on a walk-thru, and I prayed no one had moved in since then.

I couldn’t resist getting out and walking a little closer but staying well back from the police lines. I wanted a better view, not of the fire, but the people in the crowd. Was one of them the mystery videographer? With all the cell phones aimed at the incident, it would be impossible to isolate any one person as the guilty party. Unless they did something that made them stick out, like sneaking in under the police tape. I eliminated the ones in pajamas, rousted from the neighboring homes as a safety precaution. But everyone was behaving themselves.

The water brigade made their appearance, with cheerful smiles and those silly purple vests they wore. They stood as close as possible to the fire lines. It was like those water stations they use along the routes of marathons. Every now and then, a firefighter grabbed a bottle from them and emptied it before returning to work. The volunteers always cleaned up after themselves, so they were tolerated.

With a loud crash, the roof caved in. The shower of sparks fell as far as the police lines, and the people in front forced their way backward. Torrents of water from every available firehose streamed through the sky to quell the hotspot. Steam and ash from the fire drifted throughout the neighborhood. The stench of smoke and over-heated chemicals burned my nose and I sneezed several times. 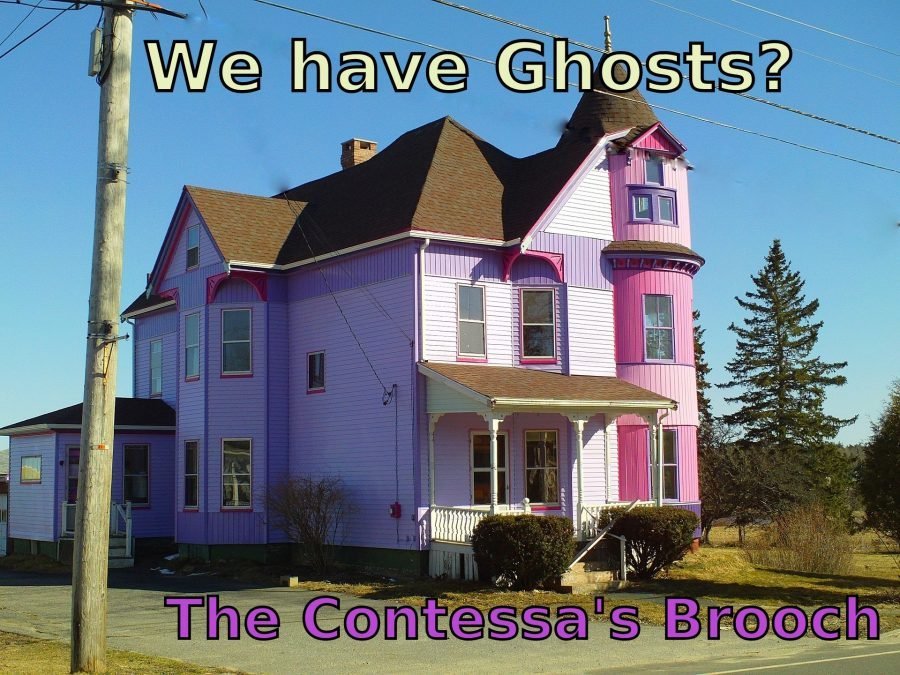 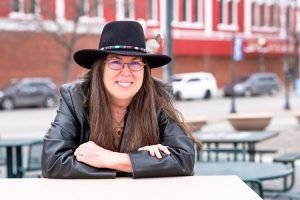 About the Author
Born and raised among the rolling hills of western Pennsylvania, P.J. MacLayne still finds inspiration for her books in that landscape. She is a computer geek by day and a writer by night who currently lives in the shadow of the Rocky Mountains. When she’s not in front of a computer screen, she might be found exploring the back roads of the nearby national forests and parks. In addition to the Harmony Duprie Mysteries, she is also the author of the Free Wolves adventures.