Welcome to the blog tour for THE COUNCIL OF NERETH, the second book in the young adult historical fantasy romance series, The Nereth Trilogy, by T.J. Amberson. See below for information on the book and series, buy links, an exclusive excerpt, and details on her giveaway. 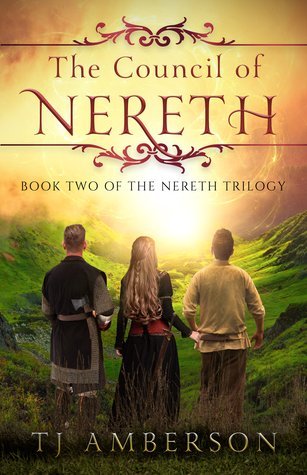 THE COUNCIL OF NERETH (The Nereth Trilogy #2) by T.J. Amberson

Synopsis
Six months have passed since the Council of Nereth was formed. The land is at peace. The people are thriving, secure in the knowledge that Raelin, the evil sorceress who once ruled over them, is no more.Like the other members of the Council of Nereth, Edlyn has returned home to live and work, waiting for the time when the council will meet again. Busy serving the people and restoring the manor of her childhood, Edlyn keeps her deepest wishes hidden away in her heart.On Edlyn’s eighteenth birthday, a messenger from the capitol arrives to her home and delivers devastating news: Maddock has gone missing, and the worst is feared. Edlyn rushes back to the capitol to join the other council members in a desperate search for Maddock. Soon, a ghostly attack confirms the terrifying truth that evil forces are upon Nereth once again. With time running short, Edlyn and her companions must find Maddock and save Nereth before it is too late.

Excerpt #3
Suddenly, the Berax let out another screech, toppled off of Edlyn, and collapsed onto the leaves that covered the ground. Edlyn pulled herself to her feet. She froze when she saw the silhouette of a man crouched beside the Berax. The man swiftly raised an arm, and the flash of his dagger’s blade caught the moonlight before he thrust his weapon into the monster’s side again. The Berax was dead.

Edlyn staggered and dropped her sword, a torrent of emotions crashing down upon her.

“Are you hurt?” she heard him ask.

At the sound of his voice, Edlyn swayed again, the shock still so acute that she could barely reply. “I am not hurt.”

Maddock came toward her. Like Edlyn, he was breathing fast. Once he got close, Edlyn could see that Maddock’s clothes were dirtied and worn, and his hair had grown longer since she had seen him last. But Maddock’s eyes—dark and penetrating—had not changed. 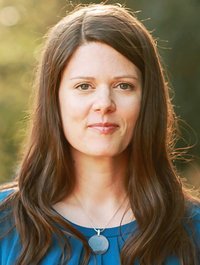 About The Author
TJ Amberson hails from the Pacific Northwest. With a love of writing in several genres, TJ strives to provide well-written, age-appropriate, & original novels for tweens, teens, and new adults.