Welcome to the book blitz for THE NIGHT DOCKET, the first book in the adult urban fantasy series, The Night Docket, by Michele Lang. See below for information on the book, buy links, an exclusive excerpt, and details on her giveaway. 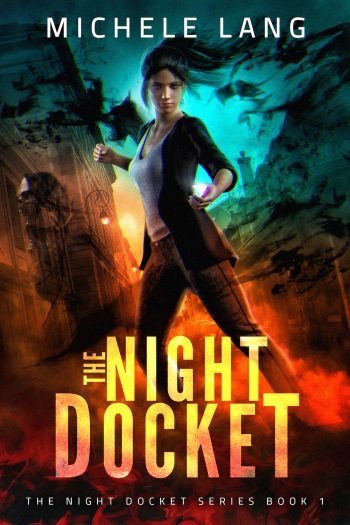 THE NIGHT DOCKET (The Night Docket #1) by Michele Lang

Synopsis
When you do your part to kill a necromancer, death isn’t the final goodbye.
No, it’s not the end.
Instead, it’s more like pouring gasoline on a dumpster fire…

By day, solo street lawyer Nicole Farmer represents the down and out in the tough town of Amistad, Connecticut. Bankruptcies, divorces, criminal defense, foreclosures…Nicole’s clients are the hardest-luck cases in a hard-luck rustbelt city.

Fighting the good fight, Nicole has to hustle just to make a living. And by night, unquiet spirits call to her on the dream plane, seeking revenge and healing…and demanding that she solve the coldest cases of all.

Powered by coffee and a sparkly pink cell phone with uncanny mojo, Nicole was made for trouble and badassery. But even she can’t go 24/7 without a break. Sooner or later, she knows she will crack.

Everything changes when Evangeline, the spirit of a murdered young woman, invades Nicole’s dreams. Her killer, a power-hungry and psychopathic warlock, wants to strike again.

Attacked by enemies living and undead, Nicole must face her own past, call in all her favors, and find a way to achieve cosmic justice — without losing her own life and soul…

You will love Michele’s new contemporary urban fantasy series! Read it now, and instantly disappear into the otherworldly, dangerous landscape of Amistad and the Afterworld. 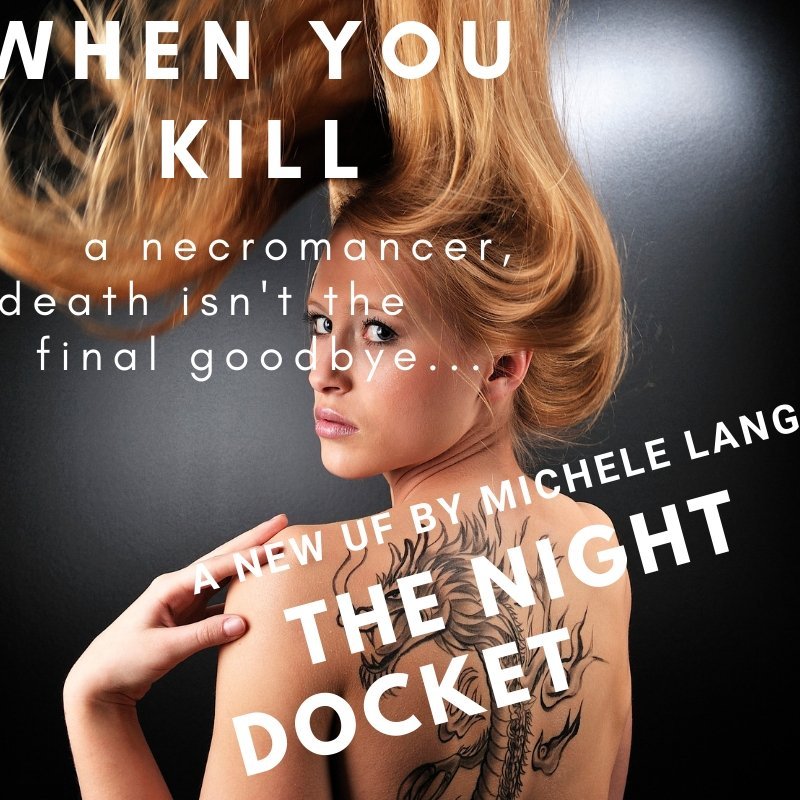 Excerpt #2
“Cuco,” she said under her breath.

I strained to hear her. “What is that? Some kind of Puerto Rican curse I never heard before?”

She sighed, louder than she’d spoken. “Cuco means boogeyman,” she replied. “That’s what everybody outside calls your perp. He’s really, really bad news. He’s the boogeyman to them. The kids do their best to stay far, far away.”

It wasn’t that cold on the garden pathway where I was standing. But suddenly I was shivering.

“Not from him,” she said, her voice flat and hard, like a tough immigrant grandma’s square, slapping hand. “No need to get a picture of his lovely face. All of us know damn sure who that guy is, who he’s working for.”

I leaned on an ornate, urn-shaped giant planter set to the side of the gravel path to the botanical gardens where I stood. The world was tipping on its side, and I didn’t want to, couldn’t, lose my balance and fall.

I closed my eyes. Took a deep breath and savored the clean smell of spring for a minute.

Then I opened my eyes again. “Working for somebody? Who?”

Another long silence on the line.

Finally, she spit it out. “For the slaughterhouse, that’s who.”

I hadn’t thought of Rodney as part of a larger network before this. He was bad enough as a lone wolf, and I’d assumed he was too crazy to be any part of a crew. The thought of him running with a pack gave me agita.

I wasn’t sure if Milagros meant a literal slaughterhouse or if that was street code for something else. There was a lot of gang violence and organized crime in our lovely little town, situated as it was on the strategic Interstate 95 corridor running up and down the Eastern seaboard.

What I did know was, giving up that single word had cost her something, as if she was breaking a forbidden code just by saying the name. I decided not to push it, not to push her for more information.

“Lang is a writer to watch and is sure to have wide appeal to fans of Jim Butcher, Kat Richardson, and other urban fantasy A-listers.” -Booklist

“Michele Lang is a talented writer and gifted storyteller…one of the leading voices in historical urban fantasy.” — D.B. Jackson, author of THIEFTAKER 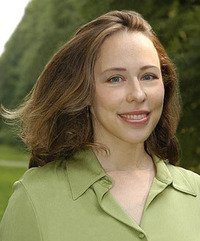 About the Author
Michele Lang writes fantasy, science fiction, crime, and romance, as well as non-fiction. Her Lady Lazarus WWII historical fantasy series was published by Tor Books, and her short fiction has been published by DAW, PM Press, and WMG Press, among others. Her story “Sucker’s Game” was included in the Anthony Award-nominated anthology, Jewish Noir.

Michele is a recovering lawyer who has practiced the unholy craft of litigation in both New York and Connecticut. She returned to her native New York shortly before 9/11, and now lives in a small town on the North Shore of Long Island with her husband, her sons, and a rotating menagerie of cats, hermit crabs, and butterflies.