Welcome to the book blitz for THE SUPERNATURAL PET SITTER, the first book in the middle grade fantasy series, The Magic Thief, by Diane Moat. See below for information on the book, buy links, an exclusive excerpt, and details on her giveaway. 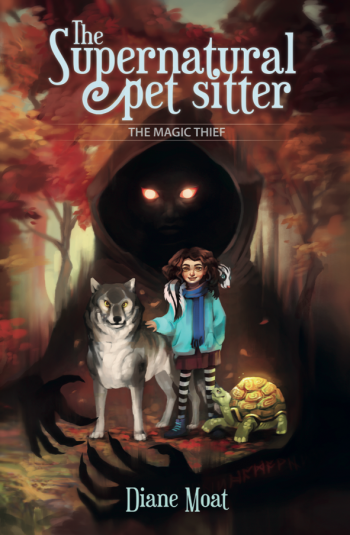 THE SUPERNATURAL PET SITTER (The Magic Thief #1) by Diane Moat

Synopsis
Every animal can talk to you. You just have to know how to listen.

Pepper Neely is better at this than most, especially because she is in charge of pet sitting all the familiars in her neighborhood. A familiar is a pet magically linked to a witch or warlock. As a gnome, Pepper is no stranger to spells and sorcery. She also knows that, despite their special name, familiars aren’t all that different from regular animals. They get anxious when separated from their people, so Pepper uses her special gnome powers to calm them down. She watches Cranky the high-strung ferret, Frank the laid-back parrot, King Arthur the elderly tortoise, and many others.

Then, something terrible begins happening to the familiars. Someone is stealing their magic! It not only prevents Pepper from communicating with them but breaks their magical connection with their people. When King Arthur’s magic is stolen, his owner’s powers stop working too. Pepper can sense that the tortoise is very scared.

In order to protect the animal’s magic, Pepper decides to track down the culprit. With the help of her best friend, Luna, and her brother, Jax, Pepper fights to protect all of the special pets..

Excerpt #3
As they moved deeper into the earth, each member of her family (including Pepper) let out a sigh of relief. Even though they spent most of their lives above ground (well, except for Dad), something deep inside each of them relaxed when they were underground.

Pepper fondly touched the walls of the tunnel. Her action was echoed by the rest of the family. Long ago, gnomes were born under the earth. For generations, the earth had been protector and provider. Nonna told stories of huge cities underground, at a time when gnomes went their whole lives without ever seeing the sun or sky. For Pepper, the earth told her different things at different times. Quiet. Dark. Time. Unchanging. Water. Air. Comfort. Safety.

Sometimes she thought she heard the earth speak to her, at other times she had feelings she translated into words. Sacred places lay underground: well-traveled areas, as well as sites where humans had never been.

Pepper sensed this was one of the spots where humans had either never been, or hadn’t been in a long, long time. The cave sloped downhill, and the four followed it straight ahead for five minutes, until they came to a dead-end. Pepper could see a boulder where one shouldn’t have been.

Jax must have seen the same thing. Walking up to the enormous rock, he took hold of it on the right top and right side. He didn’t pull the boulder to him, but rolled it to the left.

He made the movement look easy, but gnomes were much stronger than humans were.

Plus, we know how to move rocks.

The air changed, alerting Pepper to a huge cavern nearby. Together, the family

entered the now-open doorway. Inside, Pepper’s mom rolled the boulder back into place,

then showed them how to secure it from this side. Cool. 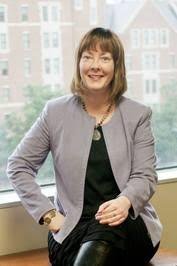 About the Author
Diane is a Tennessee transplant, animal rescuer, and nurse. Dog Gone is her debut novel, born from years of hearing animal rescuers say about animal abusers, “If only I could get my hands on that person…” Diane is assisted by her many rescue dogs.