A special thank you to author, Summer Lane, for today’s guest post on writing the enduring series. To find out more about Summer and her book, STATE OF ALLEGIANCE, the ninth book in the new adult dystopian series, Collapse, including buy links and details on her giveaway, please see below.

“Staying Alive”
Cassidy Hart is still alive! After 9 installments in the Collapse Series, she still manages to evade death, and to outsmart her enemies. Some people might say that she is “too lucky,” but let’s face it: who wants to read about a character that’s going to die? In fact, the entire premise of the Collapse Series is a group of extraordinarily driven people who will do anything and everything to survive. That’s what makes their story worth telling.

The concept of living off the grid is one that utterly fascinates me. I have an inner “wild woman,” so to speak. I feed her by reading books about the wilderness, survival and military adventures. I think that the apocalypse is the perfect setting for my characters because it throws them into an environment that makes everything harder, crazier and more dangerous.

As a post-apocalyptic author, I definitely believe that it’s important to be prepared for any emergency or disaster! I have jugs and jugs of pure water stored away in my closet, along with cans of food, matches, blankets, boots and more. You never know when something is going to shift in your world and force you to take major evasive action. And to answer a question that is frequently asked of me: yes, I have become much more prepared for an emergency over the course of writing this series, and all of the stories contained within its universe (16 books so far!).

Staying alive, at least in Collapse, is entirely dependent on three elements, adaptation, skill and luck. Cassidy’s ability to adapt to the new world was the first thing that helped her to survive. Second, not only did she adapt, but she forged new, strong skills that put her at the top of the food chain. Lastly, she’s had a good amount of luck – all good heroes do! Yet her luck is primarily made herself, and by her friends. What’s the lesson here? When in doubt, make your own luck!

So what do I think are the main things that we can do, here in our everyday life, to stay alive? Here’s my advice:

Always be prepared for the worst, but hope for the best.

Never underestimate the power of scared people to do stupid things (and avoid those people!).

Keep food, water, medicine, clothing and any weapons (your rubber-band gun counts, right? *wink*) easily accessible at all times. You never know when disaster may strike!

Never assume that you are safe. Like Cassidy Hart, be aware that every moment is dangerous, and be on your guard!

Consider acquiring an animal companion, like a dog. They are great guardians and faithful friends.

Remember, the apocalypse will show you no mercy…be ready to fight back! Synopsis
Be brave. Be vigilant. But above all, be loyal.

In the wake of a dangerous but successful mission to Yukon City in Alaska, Cassidy Hart now finds herself back in California, at the naval air station in San Diego. Together, she and Chris now face their most terrifying threat yet: nuclear destruction.

Surviving in a world gone nuclear is easier said than done. Faced with the prospect of being wiped off the face of the earth by Omega’s nuclear arsenal, Cassidy, Chris and their fellow rebel friends stage an incredible, daring journey into the Pacific Rim with the hope that they will be able to seize a weapon that could turn the tide of the war in the militia’s favor.

The clock of the apocalypse is counting down.

Choices must be made. Relationships will be strained. True love will be put to the ultimate test.

Where does your allegiance lie?

The ninth installment in the national and international phenomenon by #1 bestselling author Summer Lane. 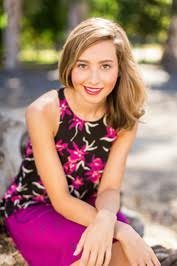 About the Author
Summer Lane is the #1 bestselling author of The Collapse Series, The Zero Trilogy and The Bravo Saga. She is also the author of Collapse: The Illustrated Guide, a #1 bestselling graphic companion to the phenomenal original series.

She is the owner of WB Publishing and Writing Belle, an online magazine where she has worked with countless authors from around the globe. Summer is also an accomplished journalist and creative writing teacher.

Summer lives in the Central Valley of California, where she spends her days writing, collecting tea, and writing some more.