Welcome to the book blitz for WHEELER, a stand-alone adult contemporary sports romance/romantic suspense, by Sara Butler Zalesky. See below for information the book, buy links, a post from the author on writing (un)awkward scenes, and details on her giveaway. 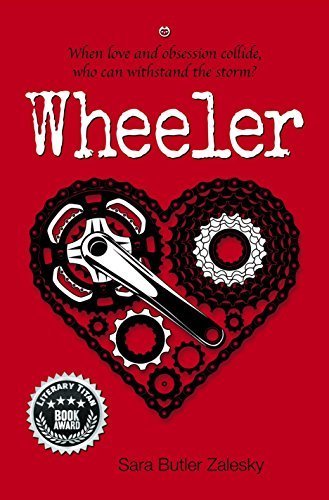 Synopsis
Loren Mackenzie has overcome many obstacles in her life to be an elite professional cyclist in the Women’s World Tour in Europe. Known as the Ice Queen of the peloton, she rarely shows emotion in the heat of competition; inspiring her team with quiet strength and determination. But her cool confidence masks a dark past filled with horrors.

A change in management of Loren’s cycling team brings her face to face with a life she thought she left behind, adding to the pressures of competition. When a chance meeting with an A-list celebrity quickly develops into a whirlwind romance, the cameras of the tabloid-media focus on Loren, revealing the cracks in her facade.

The affair also exposes a menacing rival, threatening not only her chances in the World Championship but her life. When love and obsession collide, Loren stands in the center of a storm.

Can she find the courage to defeat her inner demons, or will her fear and shame consume her? 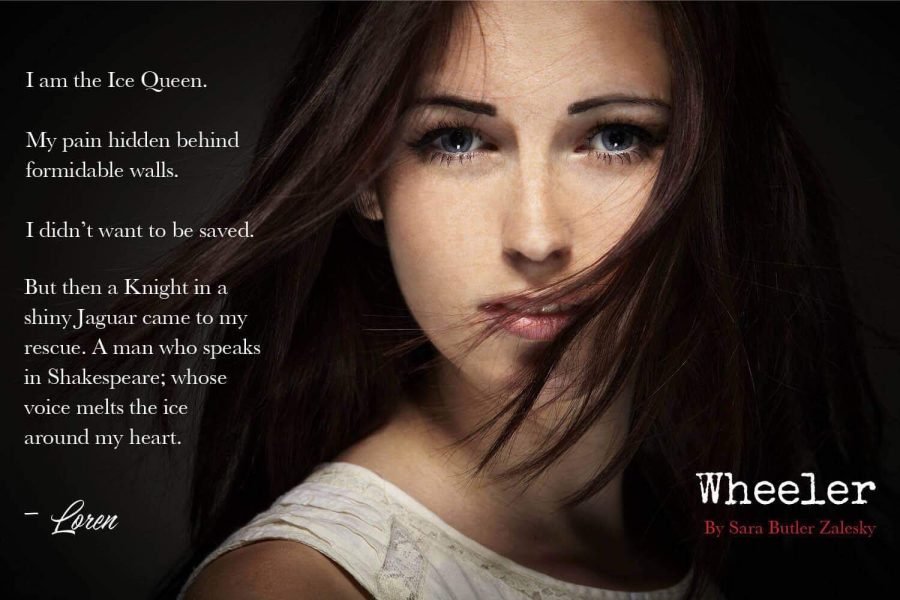 Writing (Un)Awkward Sex Scenes: A How-To Guide
I’ve been hesitant to give Wheeler to friends and family or even tell my coworkers I wrote a novel. Why? Like my protagonist, Loren Mackenzie, I only let people see what I want them to see; I like to keep my cards close to the vest. I’m a Scorpio, it’s who I am.

But, in very unScorpio fashion, I can’t write or talk about sex without blushing and I stumble over my words. I’m a visual thinker, meaning I can see what I want to describe in my mind clearly, like a photograph. While I don’t have an eidetic memory (I wish!), I can envision what something looks like or how a person moves and fairly accurately describe it. That includes sex.

Jennie Nash wrote a great article for the HuffPost blog called, 7 Rules for Writing Sex Scenes. She says, ‘Sex scenes are very difficult to write because everything else is stripped away and all you’ve got to work with are the characters and the emotions. There’s nowhere to hide. But that’s also what makes them so powerful.’

Set the Stage for Doing Good Work. There is nowhere to hide, in your head or in the place that you write. I write in my dining room/playroom/office, between 9pm and 2am most nights. It’s often the only time I am completely alone, other than my cats. My spouse and child are asleep and I can sit quietly and focus, listening to my Pandora stations. Music can inspire, especially sappy love songs. I even have a Spotify playlist aptly named: Graham’s Mixtape.

Focus on Dialogue. Do other people talk during sex? Uh, well, I don’t, really. (Is it hot in here?) With Loren and Graham’s first time, I wrote in a little more nervous excitement for her. For Graham, he has a sensuality to him already, and perhaps I wrote him a little over-the-top romantic. But that’s okay; it works for the character’s type. He’s not your typical leading man. While he’s tall, he doesn’t have the big muscles of Chris Evans or Chris Pratt. Think Colin Firth+David Tennant+Tom Hiddleston+Patrick Stewart = Graham Atherton.

Which leads to Characters Stay in Character and Watch the Tone. Graham is an actor and actors emote. He has a love of Shakespeare and uses the bard’s words to woo the lovely Loren. Nobody would have guessed – least of all those closest to her (and possibly herself) – that she was such a romantic. Same with speaking French. Somehow it works for them and sets the tone for the characters throughout the story.

Consider the difference between the internal and external action. I’ll be honest, I thought about scenes I’ve seen in films or read in books (with some of my own experiences) and envisioned every single action and reaction. I thought I had created some viable scenes until one of my Alpha readers, Debbie, said: “The build-up was great, loved that, but then you only come at me with a sentence and expect to finish it off? I’d be disappointed.”

After I got up off the floor from laughing, I began anew with more blushing and ear burning as I rewrote every single sex scene in my novel. There aren’t many, mind you, but heaven forbid they do it the same way twice. I had to come up with different situations and positions. Should they have oral? OMG Do I really have to write that? HOW do I write that? (Shudder)

Which leads to Remember, they’re just words. I’m new to this writing thing, and I find it very hard to separate myself from the feels and step out of the scene. I get snappy when interrupted because I am left feeling raw and exposed. It sucks even more because I know I’m reacting that way but I can’t stop it.

My intention has always been to write complex characters and true-to-life situations as best I could. Real people laugh and cry, flirt and kiss, yell and argue, dance and sing. They put themselves through enormous amounts of stress. They love and they have sex. There’s no way to get around it.

Which brings me to Jennie’s last comment: Prepare for the inevitable confrontation. At some point, someone will ask about what I wrote. Can I talk about sex without wanting to run and hide? My cheeks will be bright pink and I might not be able to look the person in the eye ever again. 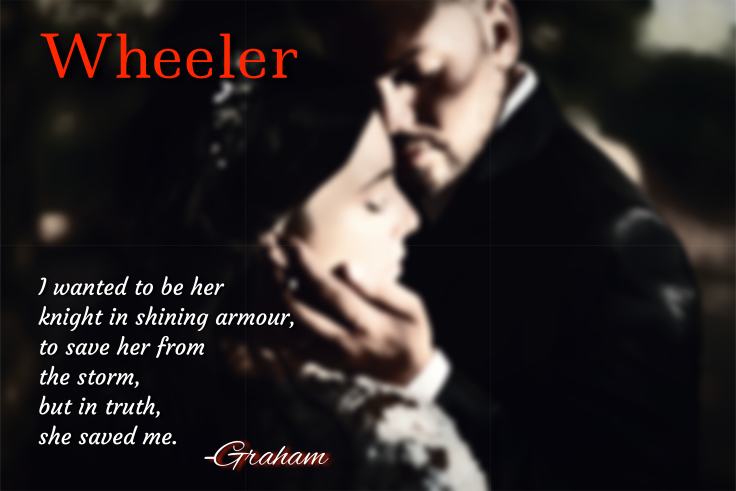 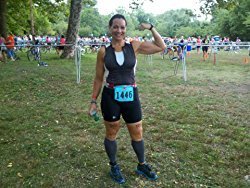 About the Author
Sara was born in the wee hours of a November night in New York City. When her family moved to a small borough in northwestern New Jersey, she had little choice but to move as well. Self-sufficiency is a tough thing for a toddler.

The dichotomy of being the middle child of three, but the only girl, was difficult, as typically no one really pays attention to a middle child. Mostly, Sara spent her time creating fanciful stories in her head when she should have been focused on other things, an issue that continues to this day.

Most of these stories have never been shared, let alone completed. This all changed in the spring of 2015, when Sara was encouraged by a friend to expand upon a short story she had accidentally emailed to him. The result is ‘Wheeler’, a romantic, women’s fiction/sport novel, which combines the author’s romantic inclinations and her passion for cycling.

Sara currently resides in the suburbs of Philadelphia, PA, with her loving husband and their son. She is a paralegal for a boutique law firm in Chester County, Pa, an avid road cyclist and indoor cycling instructor at a national chain.