Welcome to the book blitz for ASSASSIN’S SOUL, the first book in the adult paranormal romance series, The Angel Crusades, by Noella Royce. See below for information on the book, buy links, an exclusive Q&A with the author, and details on her giveaway. 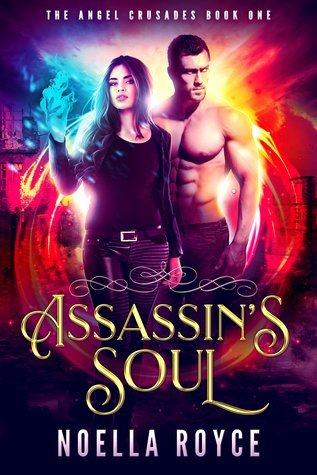 Synopsis
He’s an enigma. Seductive, dominant, dismissive, distant… and this just makes her want him more.

Why can’t I stay away from him?

All our lives are on the line on this mission

Two groups, the empaths and the tattooed assassins, have joined together to attempt to wrest control of the city of Chicago from the evil demon sorcerer who invaded and took it over ten years before. Andie Oster simply wants to focus on the mission at hand and try to keep herself and her friends alive, challenges made harder by the fact that their new assassin teammates and their commander don’t seem to trust the empaths.

This is especially true of their field leader Dante, a magnetic killer with dark eyes, an insane body, and emotions locked behind a tight wall that no empath can reach. Andie is instantly drawn to Dante, and can’t stop herself from hooking up with him even when he’s dismissive, behavior she’d never put up with before in a guy.

What was it about him she couldn’t resist, and why was she sure he was more than he appeared?

And would her infatuation get them all killed, since there was a murderer in their midst, and all the clues pointed to Dante being the culprit?

Assassin’s soul is an 80k paranormal romance about inexplicable connection in high-tension situations with empaths, assassins and demons. Guaranteed HEA, no cheating and no cliffhanger, explicit sex.

Author Q&A
What was your inspiration for Assassin’s Soul?
This is a bit embarrassing to admit, as it’s so very silly, but the idea came to me, almost fully formed, after watching the John Hughes film “Sixteen Candles” for the first time in many a moon. I’ve always enjoyed the romance between Samantha and Jake Ryan but thought they that two year age gap would be a serious issue in keeping them together. So I had this sequel in my head where they were apart for a few years, grew up, and came back together as stronger, more mature people. (I do this to romances I enjoy, mentally write what happens next; I know I liked a story when I can’t stop following the characters in my head!).

I started to think about how that could be an original story, and somehow psychics and demon killing assassins was where my brain went. Then the idea sat for a couple of years while I changed careers and moved.

Then the story of Dante and Andie knocked on my mental door again, and from there came the creation of the whole of the Angel Crusades series.

What did you learn while writing this book, your first M/F novel length PNR romance?
World-building is easy compared to getting the romance and chemistry between the main characters right! Especially when your guy barely talks and mostly glowers. That took some balance on my part.

In your world, Angels and Demons are neither inherently good or inherently evil – what led to that decision?
One of the things I love most about paranormal romance is its flexibility, namely, the ability to take existing myths, fairy tales, and supernatural tropes and spin them any which way that you’d like. Angels and demons are such powerful concepts, even beyond religion; the idea of ‘demons’, creatures from the underworld who work for a diety of evil, persists in many cultures, and the idea of angels has appeal beyond their religious meaning. “She’s a little angel”, the idea of “guardian angels”, “send me an angel” (great song!) – the symbolism and appeal is undeniable, and I wanted to take the idea of these two ancient foes and make them my own.

I approached each as different cultures with diametrically opposed values and beliefs, and built out their ancient conflict from there.

And, of course, it’s super fun to figure out what pairings to do, mixes to create! I can do angel/demon, human/angel, human/demon, half-demons, half-angels – so many fun options!

What romance authors are your inspiration?
I actually take inspiration from all genres, as I’m kinda a book and category magpie. But in PNR and UF I love Nalini Singh, Illona Andrews, Charlene Harris, Patricia Briggs, Stacia Kane, T.S. Joyce… So many great authors! I adore YA UF, but at the same time I’m not sure I could ever write it; I like the complications and sensuality that come with adult relationships. In the regency space I think Cat Sebastian, Eloisa James and Sarah MacLean are goddesses and amazing writers. I can love contemporary romance, but it can also frustrate the crap out of me; I find too many very well written books use a fatal stupidity or insecurity of the heroine as the dramatic engine, and this makes me want to fling it across the room. As the book is usually on my Kindle, this could get hella expensive very fast! 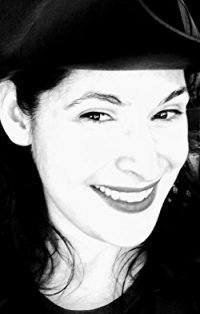 About the Author
Noella Royce has been writing romance casually for about a decade, but she came up with the idea for the Angel Crusades and decided to fling herself into the self-publishing world whole hog and with bells on. She loves mixing metaphors, having about ten different books in ten different genres going at any given time, sewing, reading manga, and annoying her cats and husband in equal measure.

If you’d like to keep up to date with Noella’s latest releases and what she’s up to, please check out her webpage at www.noellaroyce.com and sign up for her newsletter!