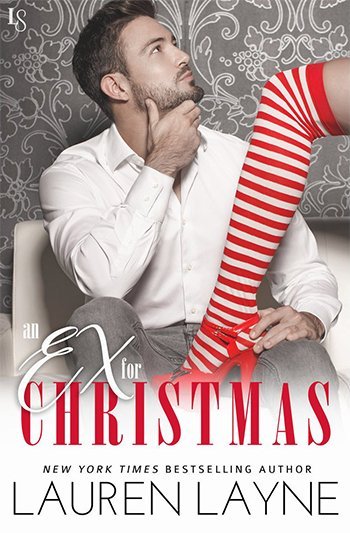 AN EX FOR CHRISTMAS (Love Unexpectedly #5) by Lauren Layne

Synopsis
She’s making a list—and checking it twice. But is there a nice guy among all her naughty exes? The New York Times bestselling author of Blurred Lines returns with a charming friends-to-lovers rom-com.

When a psychic tells spunky, superstitious Kelly Byrne that she’s already met her true love, she becomes obsessed with the idea of tracking him down before Christmas. Kelly immediately writes up an “Ex List” and starts contacting old boyfriends to figure out which one is the one. When her college sweetheart rolls into town, Kelly convinces herself that they’re meant to be. The trouble is, sparks are flying with someone she’s never given a chance: her best friend, Mark.

Mark Blakely has watched the guys on Kelly’s list break her heart, and he’s not looking forward to watching them do it all over again. Mark’s always been there for her, but the timing’s never worked out for their relationship to be something more. Now, just as Mark is ready to move on, the sexual tension between them is suddenly off the charts. With Christmas morning around the corner, he just hopes Kelly will wake up and realize that everything she wants has been right in front of her all along.

My Review
Still on my friends-to-lovers kick, I couldn’t wait to get into this light-hearted romantic comedy. Add Lauren Layne as the author, a little bit of snow, and some holiday magic, and I was all in. Layne is known for her quirky characters and Kelly is no exception. A school teacher in a private New York academy, she lives and dies by the Magic 8 Ball, allowing it to guide her choices. So it’s not surprising that Kelly would take the prophecy of a subway psychic to heart. When Kelly discovers that the love her life is someone she’s already met, she makes a list of all of her exes to figure out which is “the one.” Things go hilariously wrong with each one, only frustrating Kelly. She can’t figure out how the psychic could possibly be wrong, so she works her way through one ex after another, with disastrous results.

Enter Mark. He’s been her best friend for the better part of a decade. Old high school friends who have never risked that friendship with something as temporary as sex. Not to mention the fact that Kelly is so not like any of the super hot girls Mark usually dates. So when she starts to have deeper feelings for Mark, she only amps up her search for the right ex before she acts on those feelings.

Plot
The plot is somewhat predictable, but it’s so adorably told, it doesn’t really matter. Much of the story centers around Kelly’s search for her perfect ex, but her long-term friendship with Mark is a strong subplot until it becomes front and center. Underlying it all is Kelly’s superstitious nature that drives most of the conflict.

Characters
Lauren Layne’s writing shines when it comes to her characters. Kelly is delightful as an elementary school teacher who relies on fate to chart her course in life. While this could easily come off as cartoonish, Kelly has more depth to her than that, making this aspect of her personality realistic. Mark is utterly believable as the long-suffering best friend. A man of few words, he lets his actions speak for him. The supporting characters are light, with Kelly’s exes getting most of the roles.

What I Loved About AN EX FOR CHRISTMAS
1. Friends to Lovers. One of my favorite tropes.

2. Kelly. Her smart, spunky brand of quirky is a breath of fresh air.

3. Mark. He takes the strong, silent type to a new level of hot.

4. Christmas. I love all the holiday elements incorporated into this story. Everything from snow to decorations and a Christmas parade make the setting an essential part of the story.

5. Surprise Ending. So while I was pretty sure I knew how things were going to end, I didn’t know how it was going to get there, and the sweet surprise at the end was perfect.

Bottom Line
An adorably fun contemporary romance with the perfect amount of heat and humor.

Disclaimer
I was provided with a copy of this book by publisher in exchange for an honest review. 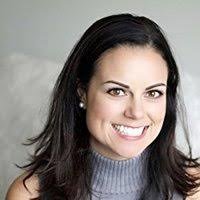 Prior to becoming an author, Lauren lived in Seattle with a cushy job in e-commerce/web-marketing. On a whim, she quit her job and moved to NYC to pursue a writing career. A year later, she had an agent and two publishing contracts.

She now lives in midtown Manhattan where she writes full time, although has been known to be lured away from the computer by a well-made cocktail.