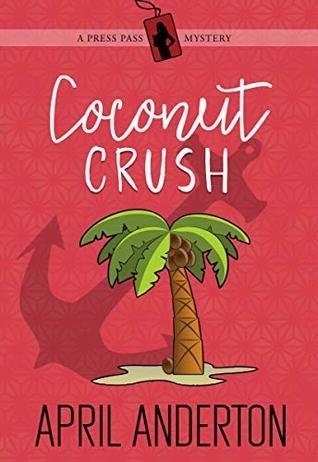 A honeymoon cruise they won’t forget.

Boston reporter Ali Loukas hasn’t had time to legally change her name, but a week in the middle of the ocean with her shiny new husband should mean time to kick back and relax–with no dead bodies. No such luck. Ali’s reputation and penchant for coming across corpses have preceded her. Trapped on a floating city with a handful of eccentric fans, she finds herself swept up in the lifestyle of the Boston Elite.

When a body turns up on the second day at sea, one fan turns to Ali, expecting her to help the ship’s security team come up with a killer. But Security’s not interested in Ali’s help and they threaten to throw her in the brig if she interferes with their investigation.

Mysterious elderly stalkers, a magic show gone bad, and a killer on board, make Ali wonder if her tropical vacation will bring her closer to her husband as intended or send her overboard.

If you’re a fan of Mary Higgins Clark mysteries, get this book today!

My Review
WARNING: Mild spoilers for Books 1 and 2.
This is my favorite book in the series so far. Anderton has upped the humor, created endearing and developed characters, and once again, kept me guessing. Ali and Ryan are on their honeymoon cruise, organized and paid for by their mothers, which means it’s bound to have issues. What should be the perfect romantic getaway becomes deadly when l one of the guests dies on board. And of course Ali and Ryan have a connection to the deceased — he was sitting at the same table as they were. The ship’s security team doesn’t want Ali poking her journalist nose in their business and do everything they can to keep her at arms’ length from the story. But being Ali, she can’t just let it go. All she’ll commit to is not reporting the story during the cruise. She honestly befriends a couple of her fellow passengers who also happen to be close to the deceased, which provides her with an edge when it comes to solving the mystery.

Plot
The story centers on the mystery surrounding the death of a cruise ship passenger. The search for answers brings Ali closer to several of her fellow passengers and throws her into the path of two mysterious passengers who seem to be following her. As Ally and Ryan sneak in as much quality alone-time as possible, the events aboard and onshore keep them torn between relaxing and solving the crime.

Characters
I love the characters. Ally is only more endearing with each book, as is Ryan. The quirky supporting cast are just as fun and delicious as I’ve come to expect from this author.

Top things I Loved About COCONUT CRUSH
1. The Setting. I’ve never been on a cruise myself, but I’ve seen enough episodes of The Love Boat in my life to appreciate the setting.

2. Backstabbing and Plotting. This story is rife with character’s plotting against one another, bringing a level of hilarity and confusion to the mystery.

3. Ali. She’s more tenacious than ever without losing that sweet, funny side of her.

4. Ryan. He seems to have reluctantly accepted his wife’s job and all of the pitfalls that accompany it.

5. Mystery Guests. They had me laughing out loud!

Bottom Line
A wonderful cozy mystery by an author coming into her own. If you love Stephanie Plum, you’ll adore Ali Loukas. 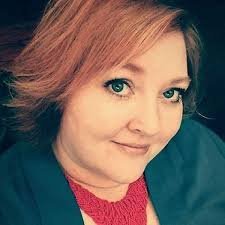 About the Author
April Anderton is a designer, blogger and author of cozy and young adult mysteries, survival adventures, non-fiction how-to books and articles for blogs and magazines. She lives off-grid in the mountains of North Idaho with her husband and their homeschooled pre-teen son. She doesn’t quite understand why her grown children would rather live in cities in homes with running water, plumbing and electricity, but she loves them anyway. If you ran into April at the grocery store, chances are high that she would not be wearing makeup and may be on the edge of looking presentable. She’d still say hello..