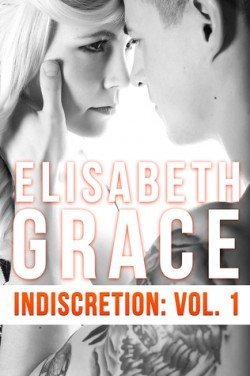 Synopsis
F*ck and chuck. Pump and dump. Hit it and quit it. One night stand. Didn’t matter how I branded it—that’s all she had wanted it to be. That much was clear when she left me with my pants down and my dick still out.

What she hadn’t counted on was fate intervening and our worlds colliding—again.

The day I showed back up in the life of Chloe Griffins, I knew I had to have her again. My body was hungry for another taste. Like an addict, I’d been craving another hit for months, and there she was—flesh and bone, tits and ass.

The fact that she worked for the competition should’ve been reason enough for me to leave her alone. I had a job to do that summer and f*cking Chloe wasn’t part of it. But I was like a man possessed.

I’d do whatever it took to have her again.

My Review
Indiscretion is a series of novellas that tell the story of Chloe and Max. Volume 1 introduces the characters to each other as well as the reader, and lets us get to know them, what they want, and more importantly, what they don’t want — strings. The two meet at a nightclub in New York where Max is alone, and Chloe is helping her best friend celebrate her last days of freedom at a bachelorette party. A steamy tryst leads to embarrassment for Chloe and she disappears without another word.

Things get interesting when Max stumbles on Chloe in her hometown and discovers they’re business rivals in  competing housing developments in the small town of Bar Harbor, Maine. But like a bad house guest, sexual chemistry cannot be ignored and they agree to enter into a physical relationship with no emotional ties, and it seems to be exactly what they both need.

Plot
While Volume 1 does a good job of setting up the story, introducing the characters and the conflict, I felt like something was lacking and it took me until I was well into Volume 2, to figure out what that was. And I also realized I didn’t feel invested in either of the characters. It’s not because they’re unlikeable, but more like I didn’t really know them. There are hints in Volume 1 of what each character cares for, but it isn’t until Volume 2 that I really felt like I understood why. But the sexual tension is palpable, the sex scenes are steamy, the dialogue is witty, and the story moves.

Characters
I didn’t really get a true sense of the characters in Volume 1, but because Elisabeth Grace really digs into that in the second book, I’m okay with it being somewhat lacking in the first. Both Chloe and Max come across as a little superficial at first, but toward the end of the the book, we begin to see something more substantial in both of them.

Bottom Line
It’s a decent opening for the series. At 73 pages, there’s only so much the author can accomplish. She sets the stage, introduces the characters, builds the conflict and left me wanting to pick up Volume 2, so I say, mission accomplished. 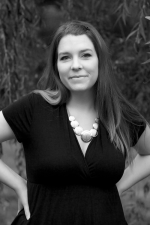 About the Author
I have a soft spot for romance novels with happily ever afters and a hot spot for alpha males! I currently live outside Toronto, Canada with my hubby and two small children. Life is busy, but never to busy for a good story and to share my love of reading and writing with others.

I’d been an avid reader my entire life, but when I discovered romance novels during my first pregnancy I was hooked! Not sure if it was the hormones or the lack of a life that was headed my way once my daughter was born, but since then I’ve been devouring several romance books a week. I love nothing more than reading about some serious alpha males and a happily ever after.